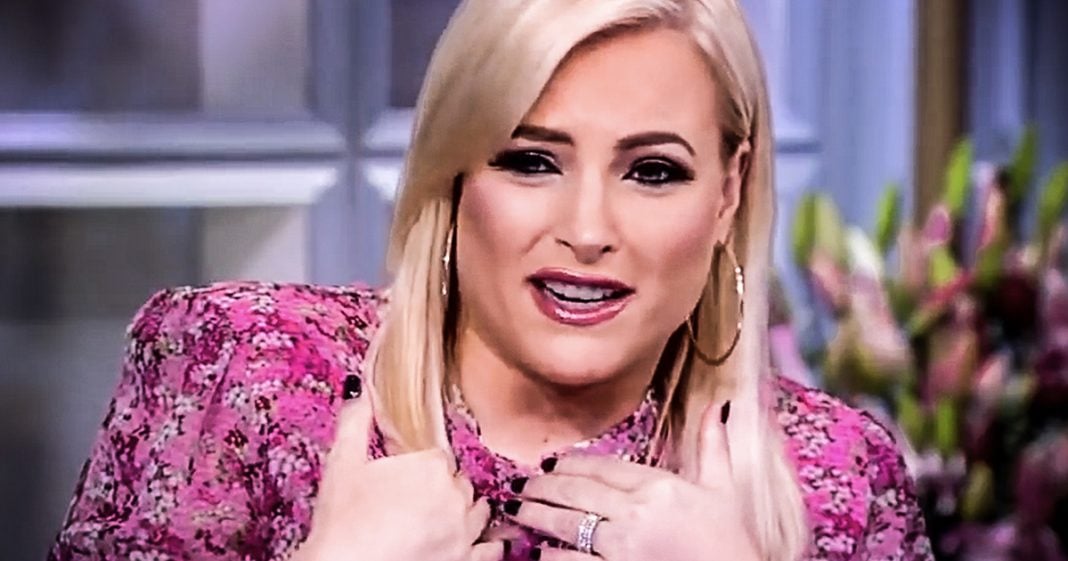 On the Monday episode of The View, co-host Meghan McCain decided to defend Donald Trump for kicking Mick Mulvaney out of the room while he was being interviewed. McCain actually saw no problem with this because she claims that she lives in constant fear of getting the Ebola virus, so Trump wasn’t out of line when he kicked Mulvaney out. Ring of Fire’s Farron Cousins discusses this very bizarre comment by McCain.

Farron Cousins:                   No matter how much Donald Trump insults her father, Meghan McCain is always going to come crawling back to the Republican Party and in many cases actually defend Donald Trump himself. And that’s actually what happened yesterday on an episode of the view where they were making fun of Donald Trump for lashing out at Mick Mulvaney, telling him to leave the office after he coughed. During Trump’s interview with George Stephanopoulos and Meghan McCain, true to form came up with the most bizarre defense of Donald Trump ever. Here it is.

Meghan McCain:                 Because my number one fear in life in general above all things is getting the Ebola virus and above all else, my biggest fear in the entire world today have them here. Yes, it’s been here remember? I have not, I’ll never forget, but I literally, anytime anyone starts coughing or whatever, you know, we see it here like you can, you can get all the hosts sick, we’ve all been sick here at the same time, so I am that person. I would probably make someone leave if they were like it. I, I’m up to, I’m a Germaphobe.

Farron Cousins:                   I can’t tell you. Honest to God how jealous I am right now. I’ve Meghan McCain to have your biggest fear in the world as she described it, be catching the Ebola virus. What a wonderful way to go through life. You don’t have to worry about anything else. Other than Ebola, you’re not having to worry about whether or not you can afford your next medical treatment. You don’t have to worry about paying for prescription drugs or you know, making ends meet, paying your bills, putting your kids through college. How are you going to pay for that? Paying off your own student loan debts at the same time, none of that is a concern for Meghan McCain who was born into a life of privilege and makes no opportunity to pretend that she wasn’t because her biggest fear is catching Ebola.

This is what’s wrong. This is what’s wrong with people like Meghan McCain. She has zero qualifications to even be on the view other than her last name. No matter how many times this president who represents the party, she is a member of insults, her father and disgraces his memory, she always comes crawling back because believe it or not, Meghan McCain’s loyalty is not to her daddy. It is to a Republican party that just, you know, 13 or 14 years ago, she wasn’t even a part of, she did it for her dad when he decided to run for president again. She’s not always been a republican. I think she is by now a die hard, sold her soul to the Trump colt republican. But she has no business being on that television program. Hell, she has no business being on any program ever. Even infomercials. She’s not qualified for that. But she was born into a life of privilege. And here in the United States, that’s all it takes to get everything you want out of life to where the only thing you have to worry about is getting the UB Bola virus.