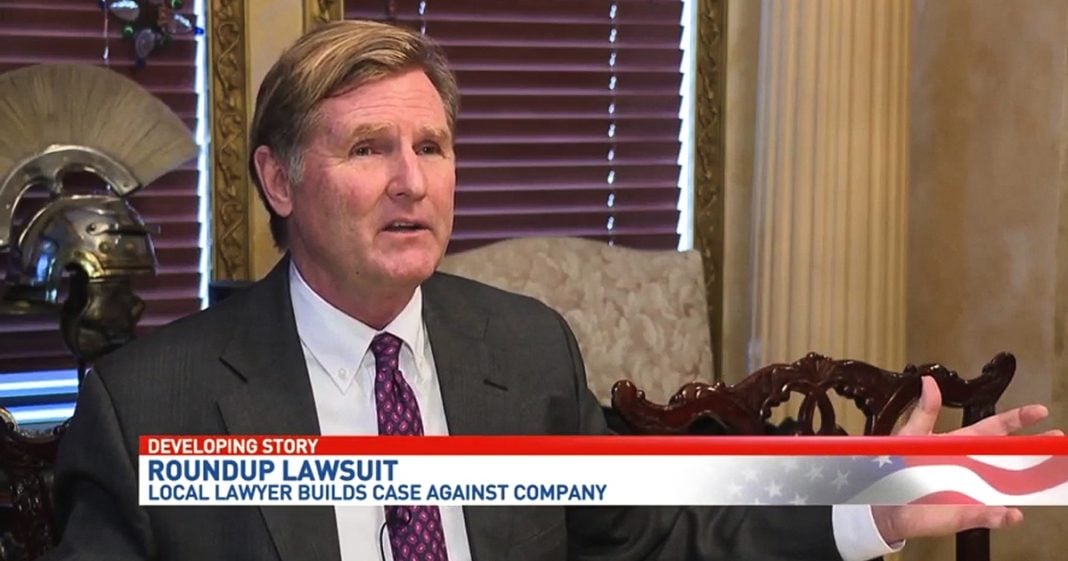 Via PENSACOLA, Fla. (WEAR) — Prominent Pensacola attorney Mike Papantonio is leading a large lawsuit against Monsanto’s parent company, Bayer AG, for its Roundup product and its alleged links to cancer. In May, a $2 billion verdict was reached for a lawsuit in California. A couple said they had used Roundup for 30 years for landscaping and both got cancer.

Sue Straughn:                      Life or death situation is how Pensacola attorney Mike Papantonio describes the fight against the popular weed killer Roundup. Last month, $2 billion were awarded to a couple in California linking that product to cancer. Papantonio has been building a case of his own. Channel 3’s Chorus Nylander joins us in the studio to explain what’s behind that lawsuit.

Chorus Nylander:              Sue, Mike Papantonio says it’s clear Roundup is not safe and he blames a lack of government oversight for allowing things to get this far. A crisis he believes has gone beyond the point of no return.

Chorus Nylander:              The product has faced now billions of dollars in legal payouts. Papantonio has been building a case against the company for years and says he’s seeing about 30 new clients a week with stories of using the product and being diagnosed with cancers. He expects more than a billion dollars in damages from his lawsuit.

Mike Papantonio:             We’re creating an epidemic I don’t know that we can reverse until we make some people do more than pay a fine.

Chorus Nylander:              He gave us an email chain between his staff and the top toxicologist for Monsanto’s parent company, Bayer AG, in it the toxicologist says, you cannot say Roundup is not a carcinogen because more testing needs to be done.

Mike Papantonio:             We haven’t even studied this product long enough to know if it causes cancer or not.

Chorus Nylander:              Olivia Mora, says she knows about Roundup all too well and is part of ongoing litigation.

Chorus Nylander:              But not everyone is up in arms over Roundup. Joe Ellen Cato and her husband aren’t worried about the product.

Joe Ellen Cato:                    I’m no more concerned about Roundup than I am about other products I use within the house. And unfortunately, I think a lot of these suits are just kind of sort of people who think they’re going to hit the lottery.

Chorus Nylander:              But Papantonio disagrees and believes this is a real issue with real lives on the line.