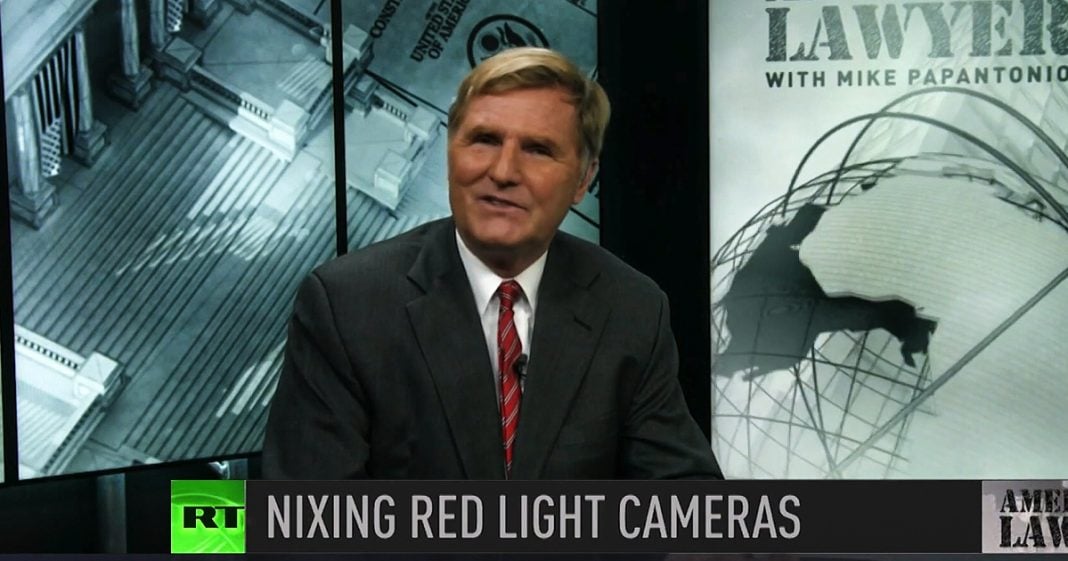 Via America’s Lawyer: The state of Texas has banned the use of red light cameras. Mike Papantonio explains more.

And finally tonight, some good news. The state of Texas has banned the use of red light cameras. Some people may not think this is a good idea, but the truth is that the statistics show that red light cameras actually increase the number of accidents specific, specifically rear end collisions. That’s where you’d expect it. On top of that, the cameras are typically subleased by independent companies who take in a bulk of the ticket fees, meaning that cities and states actually lose money from these cameras to make things worse.

Some cities have actually shortened the length of yellow lights in order to increase the number of tickets that get sent out. There are countless improvements that can be made to create a safer environment for motorists, but these red light cameras, well they’ve failed in almost every possible way.

That’s all for tonight, but you can find us on Facebook @facebook.com/rtamericaslawyer and follow us on Twitter @americaslawyer. You can watch all RT America programs on direct TV, channel 321 and you can stream them live on youtube.com/rtamerica. I’m Mike Papantonio, and this is America’s Lawyer, where every week we tell you the stories that corporate media is ordered, they literally are ordered not to tell because their advertisers won’t let them tell those stories. Have a great night.