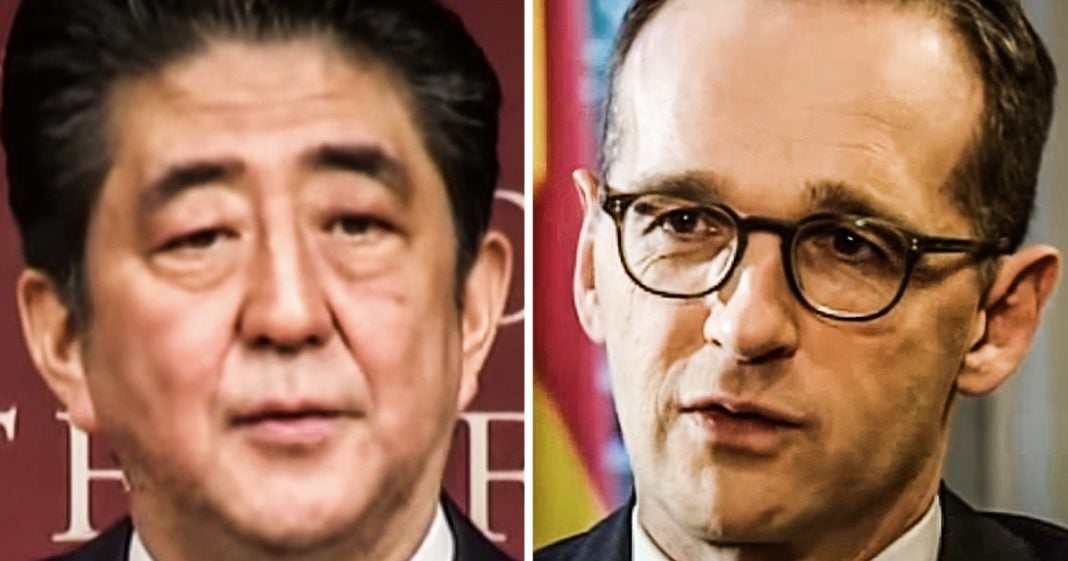 Credibility is a fickle thing, and when it comes to foreign policy, the United States has no credibility to speak of. More and more of our allies have come out and directly said that they do not believe the Trump administration’s account of what actually happened to the Japanese oil tankers near Iran, and they aren’t going to be lied into another war of US aggression. Ring of Fire’s Farron Cousins discusses this.

As the drum beats for war with Iran get louder and louder. There is one thing that we could take a little bit of solace in right now and that is that most of the rest of the world does not for a second believe the official story coming out of Washington DC. Germany has been the latest country to come out and say, yeah, we’re not exactly sure we’re going to be buying Mike Pompeo story. Especially considering the fact that the Japanese business owner who actually owned the tanker that, uh, got attacked says that their story coming from DC is completely fabricated and not at all what happened to the tanker that he owns. So we can add Germany to the list. Japan doesn’t officially by the story from the United States. France is a little bit skeptical. In fact, the entire EU, the European Union has said, yeah, we want maximum restraint is what they said.

Maximum restraint is the phrase that they used when dealing with Iran because they do not want another Iraq war type situation where the United States comes out, phoneys up a bunch of intelligence, lies to everybody. All of our allies into war. There are people get killed. We create this disgusting quagmire and we’re still there because we don’t even know how to finish it because we shouldn’t have gone in and the first place, there’s one country though that says, hell yeah, brothers, we’re right there with Ya. You want to attack around, let’s go for it. And unfortunately it’s the same country that did this with Iraq. The United Kingdom, they’re conservative led government says, Oh man, we know ran did this. We know they did this to this Japanese tanker. Let’s get them. Let’s do this. Come on us. Let’s go.

This is going to end the same way that Iraq has technically not ended. Actually, it’s going to be an absolute disaster. We’re phoning up intelligence and now, now that we’re ramping up aggression against Iran, Iran comes out this morning, it says, you know what? We’re going to start a pulling more uranium. We’re going to back out of the Iran deal, or at least that’s what they are allegedly say. As it stands right now, it’s impossible to know what to believe. Even with the media reporting these things. You had Judith Miller, New York Times, one of the people who apply us into Iraq telling us that, oh man, we got to go attack a ranch. She was saying that on Twitter this weekend, everybody’s calling her out because everybody remembers. But here’s the thing, we lost so much credibility with Iraq, rightfully so, that now nobody wants to believe us and they shouldn’t believe us in this instance, and now we don’t have any allies.

We don’t have anybody to come help us. So what were the, what would be the situation if there actually was a threat to the United States and we needed these allies? This is literally the boy who cried wolf right now because the United States for too many times since the year 2000 has gone abroad set. Oh my God, everybody come help us. We’ve got to destroy this country because they’re a threat to all of us and they help us and they get their people killed and then turns out, oh, here, we totally lied to you about that. That that’s not exactly what happened. We cried wolf too many times. We have no more allies on our credibility has been destroyed. Let’s just hope for the sake of this country that this scenario does not end itself the same way the story of the boy who cried wolf ends.