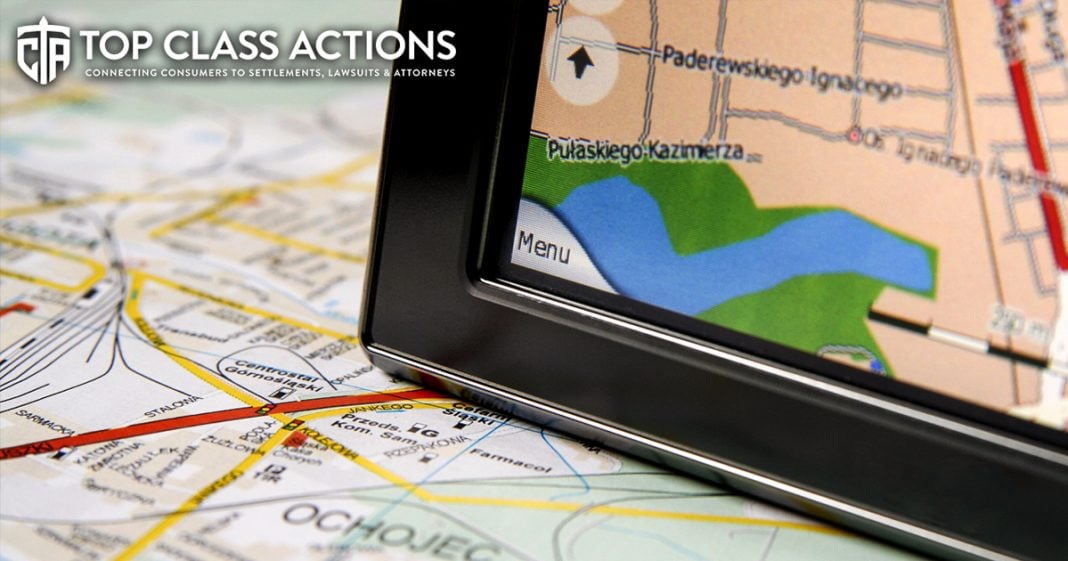 A class action lawsuit alleges that Garmin USA misrepresents its navigation devices’ capacity to store traffic and map updates. Allegedly, Garmin advertises these products as having free “lifetime maps” or free “lifetime maps & traffic” which according to representations, means that the device will update and save new maps and traffic for the useful life of the Garmin device or as long as Garmin receives traffic data from its traffic supplier, which ever is shorter. However, the maps are not able to be updated for the entirety of the useful life of the Garmin or however long Garmin receives traffic data because the Garmin’s memory is not sufficient to receive and utilize the updates. Ring of Fire’s Farron Cousins discusses this with Scott Hardy from Top Class Actions.

Farron Cousins:                  Most people, probably those under the age of about 25 have no idea what it used to be like going on a road trip, family, vacation, whatever it is. You’d always have to either know exactly where you were going and how to get there. Or You’d have one of those big Rand McNally maps that you’d have to fold out and chart your course and find your way. But now we have navigation devices. We have them mounted in our car, we have them built into our cars, we have them on our phones.

It’s almost impossible to get lost in the United States today. But unfortunately some of these companies making these devices, specifically Garmin and TomTom are making promises and claims about their products that they can’t seem to back up. Joining me now to talk about this is Scott Hardy with Top Class Actions.

Scott, start with the Garmin. You know, they, they say they’ve got this lifetime, you know, for a lifetime. We’re going to make sure this thing is up to date and ready to go with the latest traffic maps, whatever it is. We got you covered for a “lifetime.” What’s the actual lifetime on one of these Garmin products?

Scott Hardy:                          Well, I think it’s coming down to the definition of lifetime. Your lifetime. My lifetime, my kids’ lifetimes. What is it? Well both Garmin and TomTom are really referring to a device lifetime. And with the Apple class actions that we’ve seen recently, we’re seeing a better definition for electronics of what a lifetime actually is. Now the average consumer, when they picked up their Garmin gps or their TomTom gps, they see the lifetime.

Just like you said, hey, I expect that I can go ahead and take my Garmin unit, plug it into my computer once a quarter and update the maps on it. And bingo bango I’ll be in good shape. But what Garmin was doing, they’re doing something a little differently than TomTom was doing. But essentially it’s the same thing where yes, for the first year or two you can plug it into your computer, update it and you’re great.

And we’ve gotten feedback because we’ve received hundreds of comments on these two class actions. I almost didn’t want to bring it to your Farron because I thought, you know these, we like to cover big stuff which affects, you know, the majority of people out there, but we’ve received hundreds of comments on this and you have a lot of Uber drivers that still use these. They grab these just in case they’ve got their Uber APP up.

They still want a gps device. So these things are still selling even though, like you said, it’s built into our cars and our phones. So what Garmin was doing is they’re saying, hey, at least according to the class action, if you, once you have, you’ve updated your Garmin, your gps unit enough, eventually it’s going to fill up and Garmin according to this class action was telling people, oh no, this isn’t a problem with our unit.

This is a problem with your computer. You’ve got a firewall set up, you’ve got antivirus things set up. No no no this is, this is definitely not our problem. And so they were shutting down people that way and not just simply stating, well, yeah, the, the device is full because of course if the device is full than you should, they should have a way that they’ve built in to erase it, reset it, whatever.

So you can just start off with a fresh update. But Garmin is simply stating now, well, yeah, that it’s the device lifetime. It’s not your lifetime as a consumer. It’s the device lifetime, which is typically two to five years is how long a device is expected to work until they’re gonna stop updating software to it. They’re not going to keep on trying to push outdated software to an outdated device according to their standards.

So that’s what we’re dealing with here. But you know, yes, any consumer that goes to an electronic store and sees, you know, lifetime on the box is not going to think that, oh, okay, this is the lifetime of this device, which is going to be two to five years. No lifetime to a human being that actually has a lifespan is going to mean for that lifespan. And that may seem unreasonable for a consumer to think that this device is going to work for 70 years, but that’s what people will think when they see the word lifetime. And that’s where these problems are coming from with these, you know, that’s where the lawsuits come from basically.

So you know, I, I see TomTom possibly going ahead and settling this maybe before Garmin because Garmin is at least according to the class action is taken a more circuitous route in saying how long a lifetime is. Maybe both TomTom and Garmin will just add a hamster to it. This is the lifetime of your unit. How long will your family hamster live? That’s how long this will live. I don’t know. We’ll see.

Farron Cousins:                  Absolutely. If anybody owns either one of these devices, please follow the links in the description of this video. Head over to topclassactions.com. Get all the information you need about these cases and why are there sign up for the weekly newsletter. Get all of these stories and more delivered directly to your inbox each and every week. Scott Hardy, Top Class Actions. Always a pleasure talking to you.