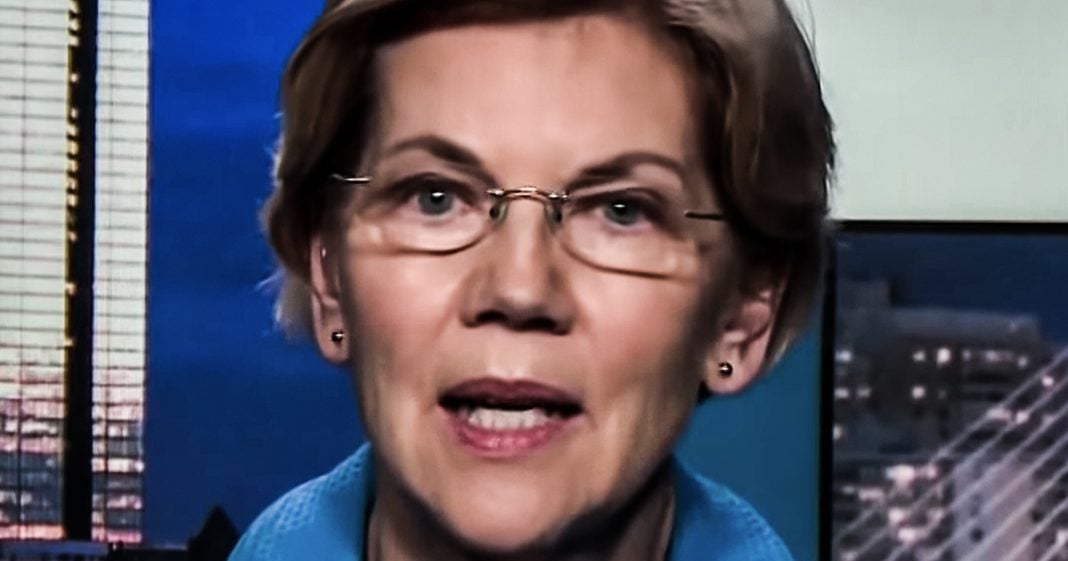 Senator Elizabeth Warren (and several other Democrats who aren’t running for President) want to put an additional tax on wealthy Americans’ income above $50 million. But Democrats aren’t the only ones who think this is a good idea – A full 60% of millionaires actually support this idea, too! Ring of Fire’s Farron Cousins explains what’s happening.

One of Senator Elizabeth Warren’s most ambitious plans is her wealth tax idea, which is to put a 2% tax on all holdings that wealthy Americans have over $50 million. So if your family has $75 million in the bank than every single year, you’re gonna pay an extra 2% tax on that $25 million over 50 million. That’s how it works. It’s not about income. It’s not about yearly making more than 50 it’s just if you’re holding that much in cash or assets, you’re going to get charged an additional 2%. Now, as it turns out, obviously a majority of Democrats in this country support that 88% do. 62% of independent support it. And believe it or not, 36% of Republicans actually support it. They liked that idea. But you know what’s even crazier? 60% of millionaires actually think this is a good idea. A majority of millionaires in the United States today actually support the idea of a wealth tax because they understand, listen, I got so much money, which we talked about earlier this week.

I got so much money, I don’t know what to do with it. I don’t have anywhere left to invest it. I’m just kind of sitting on cash and it’s hundreds and hundreds of billions of dollars spread between the top 1% that they’re just setting on. So 60% of them say, you know what? Sure, what the hell? Why not? Go ahead and tax me 2% on everything. I hold over $50 million. Sure. I do support that. That would probably be better for the country than me holding it in a giant money vault like uncle scrooge and diving into a pool of coins. They’re okay with it. Democrats want it. Independence won it. A third of Republicans wanted. And to be fair here, I know I mentioned Elizabeth Warren’s plans specifically. There are other Democrats who have suggested similar things. Alexandria Ocasio-Cortez has proposed a wealth tax, other Democrats running for president and not running for president.

Have Him, uh, talked about a wealth tax or increasing taxes or whatever it is, which believe it or not on that as well. The majority of millionaires, all silver, like, yeah, you could, uh, you can raise my taxes. Here’s the number. This is insane. A large number of millionaires also support an income tax rate of 70% on those making more than 10 million. And a majority of them support repealing the 2017 tax cuts for corporations. The only thing they want to preserve actually out of the current tax code, according to this new report, is their deductions. They want to be able to, you know, take the same standard deductions and all that, which it gets a little iffy. We’re going to have to take some of those away. Sorry. Shouldn’t be able to write off the entire cost of a new private jet. But nonetheless, even the millionaires, some of them, most of them actually support these ideas.

So my question is why the hell are the leaders in Washington DC not just pushing forward with this? The millionaires are actually on their side. They want this. They’re okay with it happening. So let’s make it a reality. A. And furthermore, let’s not vote for a single candidate who’s not 100% in favor of increasing the taxes on the wealthy elite because as this new poll shows, even the wealthy elite agree that they’re not paying enough in taxes and they’re totally cool if we want them to pay a little bit more.