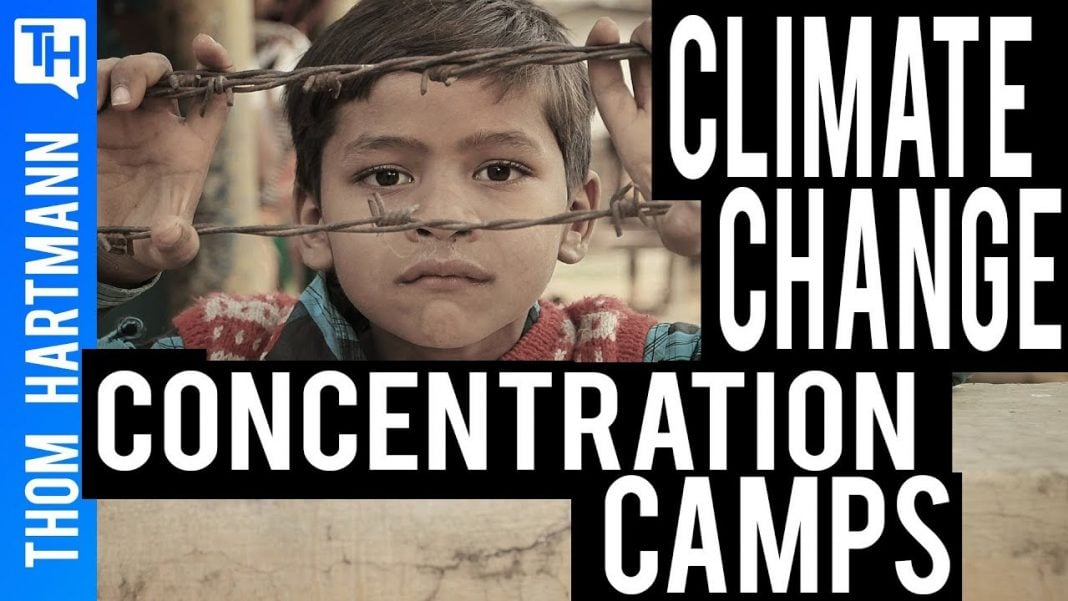 Family separation is one of the most controversial actions the Trump administration has taken and now the victims of climate change may be the next locked in cages. Climate Change refugees are on their way and the Trump administration is preparing for them by housing migrants where Japanese Americans were interred during WWII. Is Donald Trump creating Climate Change Concentration Camps? Thom Hartmann discusses.