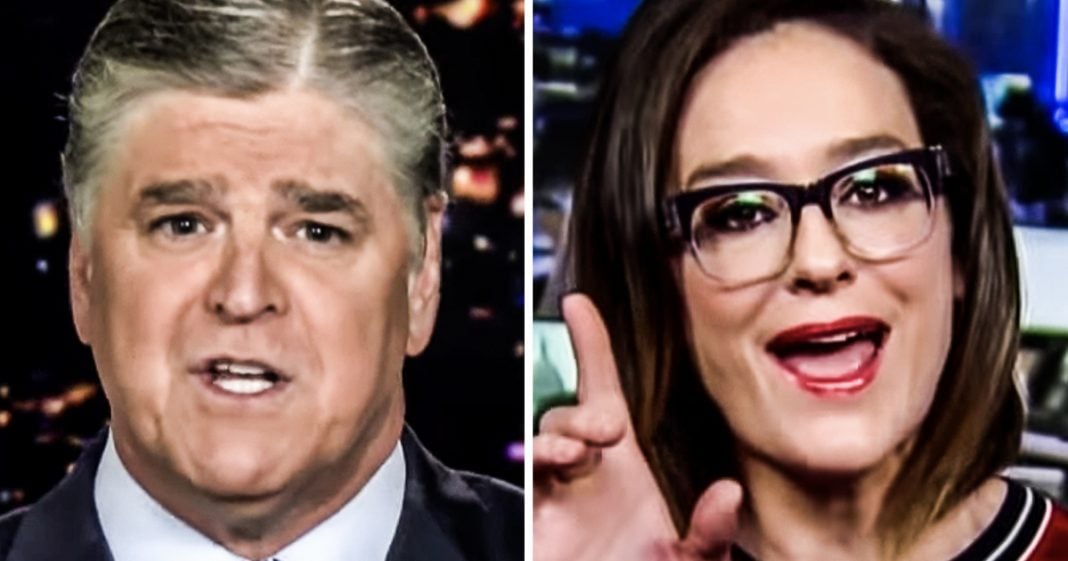 Fox News believes that Joe Biden is going to be the Democratic nominee, and they are terrified that he’ll beat Trump in 2020. As such, they’re doing everything in their power to tear down Biden, even if it means resorting to making things up about him. The latest talking point is that Biden is suffering from failing health, the same conspiracy they pushed about Hillary Clinton. Whether you like Biden or not, these conspiracy theories are absolute garbage, as Ring of Fire’s Farron Cousins explains.

The folks at Fox News are certain that Joe Biden is 100% going to be the Democratic nominee. Donald Trump is certain that Joe Biden’s going to be the Democratic nominee. That’s why most of his own internal polling that he’s having done is just matchups between him and Biden and Fox News understands this. So Fox News is doing what Fox News does and they’re trying to trash Joe Biden, but they’re not doing it by talking about the man’s horrible history is plagiarism. His lack of substance on the issues, you know, his, uh, uh, not thinking that to African Americans should be equal to white people. His Treatment of Nita Hill, you know, the little handsiness, they’re not talking about those things. Instead, they’ve actually resorted to just making stuff up about a deeply flawed candidate for whom you shouldn’t have to make things up. Here’s what Fox News is saying. Now you have several hosts on that network who are telling us outright that Joe Biden’s hiding something.

Joe Biden, his health is seriously failing and he’s not being honest with us. And we know this, at least according to a Fox News host, Lisa Montgomery, also known as Kennedy. Uh, we know this because she says that if you go out to bars, all right, you get to see people that work for the other campaigns and they’re going to be drunk and honest to God, I wish I was making this up, but this is what she said. They’re drunk and they’re whispering and they’re gossiping about how Biden’s health is failing. And that’s how Kennedy knows because apparently this woman stakes out the bars, knows who works for what campaign in which bars they get drunk at apparently every night. And she just goes into listens. She’s just trying to here. And all of them were talking about how sick Joe Biden is and not in the head, but sick physically.

He has no energy. She tells us according to these drunken aids that may or may not exist. They don’t exist by the way. But that’s what she’s telling us. I mean, listen, I’m going to read you this exact quote from her. You know, if you talk to Democrats who are working for different campaigns, all of the aggressive gossip whisperers and this is where the action is happening in terms of opposition research. It’s people having a few drinks at a bar and whispering, you know, there is something wrong with the form of vice president, but that’s what they’re actively doing right now. And it is surprising because they’re concerned with taking Biden down and getting their candidate out there.

So yes, I guess Kennedy is staking out bars looking for Bernie staffers or Kamala Harris staffers or Cory booker staffers are worn. Staffers made me buy an a few shots here and there and just waiting for them to spill the beans about Joe Biden’s alleged health problems. But Kennedy, small potatoes, right? Most people don’t even remember her. Most people think, hey, wasn’t she that MTV VJ like 20 years ago? Why? Why is she qualified to talk about politics? She’s not, um, Sean Hannity though, he’s repeating these. Sean Hannity is also actively out there telling us things like quote Joe Biden’s tired. He does not have the energy for this. He’s not up for this challenge. They, they’re already hiding him like they hit Hillary. They don’t want him out there. And this is an obvious reference to the conspiracy theory that Fox News pushed back in 2016 that Hillary Clinton was allegedly hiding some kind of severe medical problem.

And that’s why they whisked her away all the time. She couldn’t be in front of crowds. And now Sean Hannity is telling us the same thing’s happening with Joe Biden. Meanwhile, these guys blindly support a president whose own staffers have said, yeah, he doesn’t have the energy you had in 2016 we’re having to not schedule as many rallies. He’s taking more and more executive time. The man just sits on his ass all day watching TV. We don’t know what to do. He doesn’t have any energy. I mean, that’s what their staffers have said. The people that actually work with them. These aren’t conspiracy theorists. These are people who see what happens to him every single day. And again, let’s not forget the fact that my God, if you want to go after Joe Biden, by all means go after Joe Biden. The guy’s got a history ripe with crap. He’s weak on the issues.

He’s milked toast. She’s a, I don’t know where I stand on this. Oh, I’m getting so much pressure. Okay, fine. Repeal the Hyde amendment. Yes. I hate it. I hate it. I’ve always hated it even though he hasn’t. Yeah. You can go after Joe Biden all day long. You don’t need to make stuff up. But that is what Fox News is resorting to apparently because their producers and researchers are so crappy that they can’t even take a few seconds to look back at Joe Biden’s history and realize there’s a thousand things in there that could derail this man’s campaign. But instead, let’s make something up and say that this obviously very spry, 70 plus year old is somehow secretly ill.