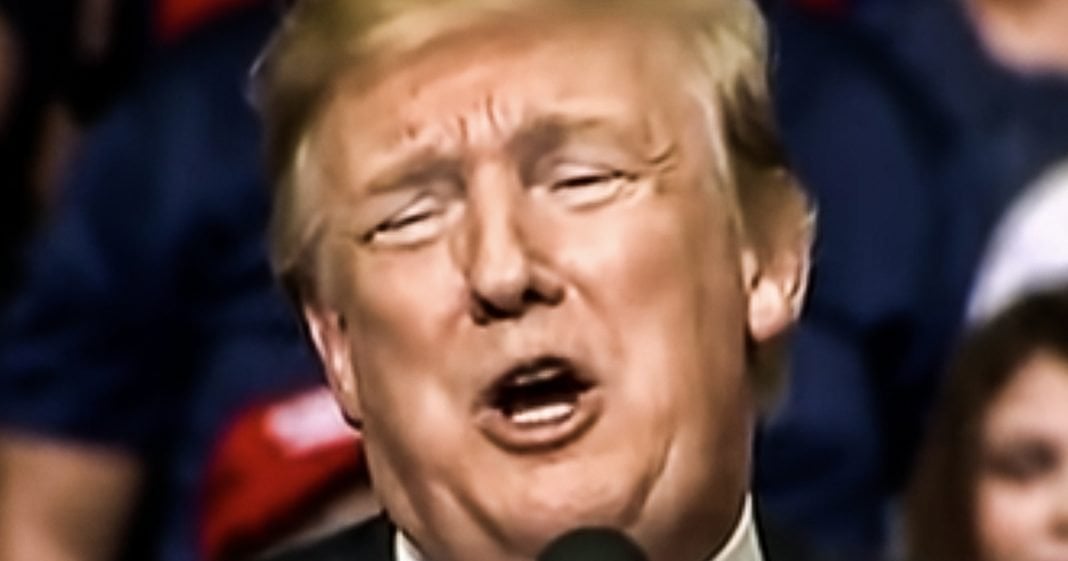 Democrats and Republicans in the Senate are working together to stop the Trump administration from selling billions of dollars worth of arms to Saudi Arabia. Senators are requesting a full report on all of Saudi Arabia’s human rights violations and they are hoping to use this report to put an end to the sales that Trump is championing. Ring of Fire’s Farron Cousins explains what’s happening.

You know, there’s not a ton of issues that actually bring together Democrats and Republicans anymore. Sure. They talk like, oh, we need to work with the other side, but when it comes down to it, they typically don’t do it. Well, guess what folks? Good News. We actually had them working together recently and they’re still working together. And what’s even better is that Republicans and Democrats in the Senate are actively working together to stop one of Donald Trump’s most disastrous ideas ever. And that disastrous idea is, hey, let’s sell seven to $8 billion worth of arms to Saudi Arabia. You know those people who pretend to be our friends over there in the Middle East, but really they just want to continue killing and taking over and murdering people for, you know, the offensive crime of either being homosexual or being a woman or being a journalist. Even. That’s what Saudi Arabia is known for and Democrats and Republicans in the Senate have said, hold up Mr. Trump.

First of all, you and your administration unilaterally without input from anyone else decided to make this arms sale. These are the kinds of things that you actually do need congressional approval for. So here’s what we want, and this is actually coming from Democratic Senator Chris Murphy and Republican Senator Todd Young. Their plan, what they want is they want a full report issued about the human rights abuse as being committed by Saudi Arabia. That that’s no short report. Let me tell you, we’ve known about Saudi Arabia’s human rights abuses for decades. Absolutely one of the worst actors in the Middle East. Yet for some reason we always overlook their crimes against humanity because they sell us a lot of oil. But then when you have it happened in Iraq or or maybe even Iran, oh God. Then we got to go in and change your regime. Sorry, we’re going to bomb you to hell and back.

But Saudi Arabia is over here doing the same thing and I, it’s cool. It’s cool. You keep doing that. Hey, do you want some weapons? You know, like seven, $8 billion worth, let’s go and just, yeah, you just take them. Even though we also know according to recent reports that Saudi Arabia is actually buying weapons from the u s and then selling them to terrorist groups over in the Middle East. You know, the people who are out there actively killing US soldiers. But sure. Let’s just, let’s just sell them more weapons because that totally makes sense in today’s world, not to be outdone by Murphy and young, you also have Democrats, Senator Bob Menendez and Republican senator Lindsey Graham, of all people who are actually working on plans to block these arms sales when even Lindsay Graham, one of the biggest, or I’m sorry, the biggest war hawk in the Senate, when even he is like, Whoa, hold up dude, Saudi Arabia is pretty bad.

We can’t sell them billions of dollars worth of weapons when even he isn’t on your side on an issue that could easily lead to a war than yeah, you know, you’re in the wrong. But that is exactly what the Trump administration is still wants to do. And to be honest, some of these arms sales have already taken place. They may not have been delivered yet, but the arrangements have already been worked out. This sales sheets are already there and ready to go. This administration wants to arm with billions of dollars in us weaponry, one of the worst actors on the entire planet, and thankfully Democrats and Republicans have United in understanding that this is an absolute terrible idea by the Trump administration.