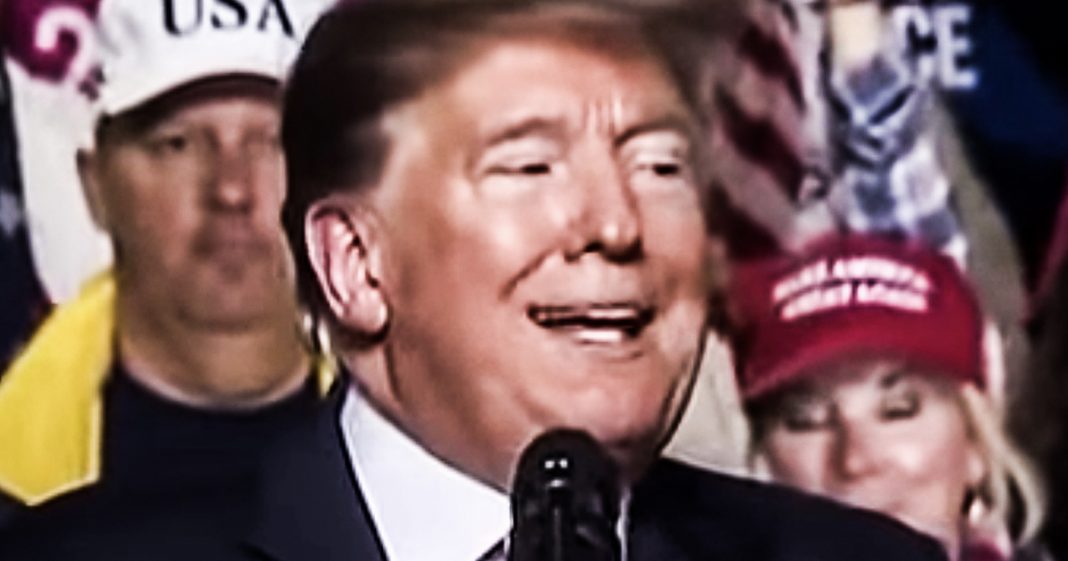 According to new reports, the Trump campaign has failed to repay at least 10 different cities back for added security and other essentials that these cities paid for during Trump’s rallies, with some of the outstanding debts going as far back as 2016. This is becoming a pattern for Trump – take what you need from an area and then never pay them back. That’s how he’s operated as a businessman and that’s how he’s operating as a president. Ring of Fire’s Farron Cousins discusses this.

A few days ago, we talked about the fact that Donald Trump has still not paid his bill to the city of El Paso, Texas after we held a rally there in February and they had to spend a few hundred thousand dollars on extra security that the Trump campaign was supposed to pay back to the city, $470,000 they owe the city of El Paso. Well, the good folks over at the Center for public integrity decided to look into this a little bit deeper and it turns out that El Paso is only one of at least 10 different cities that the Trump campaign still owes money to, and five of those 10 how are outstanding debts from before Donald Trump was even elected president? We’re talking about prior to the 2016 presidential election, Trump would go to these cities, hold his little rallies, they would make agreements in many instances with the city that said, hey, whatever you have to spend for your extra police officers, you know our our strain on the infrastructure, we will repay you.

Some of the times, like with El Paso, there is a contract. They do sign an actual contract. In some of these other instances, there was no contract actually signed, but in a lot of them there were, and Trump’s still, even while being president of the United States has carried on the tradition that he had when he was a businessman, which is, I’m not ever gonna pay my bills. I why we didn’t think he got rich by writing a bunch of checks, right? No, he has a lot of money because he never pays for the goods and services that he actually uses. Again, in many of these instances, they had legally signed binding contracts saying, we’re going to pay you back. You’re incurring a big expense for having Donald Trump come to your city and your city has a budget and you’ve got to stick to that budget. You can’t run out of money for your city that’s going to screw over the constituents, but Trump says, I don’t care. I’m not going to pay you back. I’m not going to give you that money. I don’t care if you spent 470,000 or if you only spent 10,000 which is the case in some of these cities, I’m not gonna pay you.

That’s who Donald Trump is as a human being. It doesn’t matter if he’s in business or in the White House. That’s who he is as a human being. He don’t want to pay his bills. He wants to go there like a locust and take whatever he wants, whatever he needs, gobble it all up and leave everybody else to deal with the consequences. That’s who he is as a human being. And this is one of those stories that absolutely proves that this man owes hundreds of thousands of dollars to struggling cities all over this country because he wanted to go and have one of his little hate filled rallies in their city. Or You were talking Greenbay, Wisconsin, Erie, Pennsylvania, Lebanon, Ohio, Mesa, Arizona, El Paso, Texas. All these cities have now been swindled by Donald. I won’t pay my bills. Trump. And here’s the other thing. I always call these his hate filled rallies. Well, guess what? The reason I do that is because the evidence backs it up here. Um, cities that host Trump rallies see an average of 2.3 more assaults on the day of the event than typical days. Counties that hosted a Trump campaign rally saw a 226% increase in reported hate crimes compared to counties that did not host any Trump events.

So yes, these are hate fueled rallies in, in addition to wreaking havoc and causing chaos in the cities where he chooses to go for drumming up the bottom of the barrel, disgusting human life that creeps out of the crevices to come spread their hate because of his rallies. On top of all of that, this man is not even paying his damn bills. That is who Trump is as a person in every single city out there and needs to understand that you can say no, you can deny him the extra security that he wants. You don’t have to do it. That’s on you. Now you know who he is. You know what he does, and if you continue to make this mistake from this point forward that is on you. Even if you signed a contract, even if he swears he’s going to pay, we know from past experience that he is 100% not going to pay that bill, so don’t give him what he wants. Don’t give him what he asks for. Let him foot the bill for that himself.