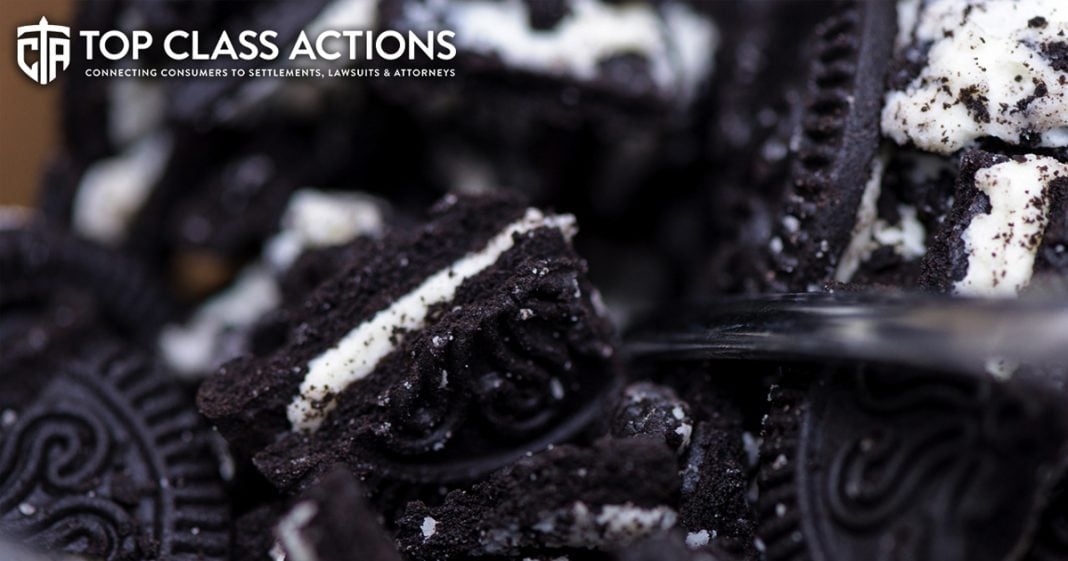 A second class action lawsuit has hit food maker Mondelēz International alleging it falsely advertises Oreo cookies as being made from “Real Cocoa.” California resident Ruben Harper says she was tricked by claims on Oreo’s packaging proclaiming the crème-filled cookies contain real cocoa. Despite these label claims, Harper says Oreo cookies are actually made with cocoa that is processed through alkalization, or “Dutching.” Ring of Fire’s Farron Cousins discusses this with Scott Hardy from Top Class Actions.

Farron Cousins:                  Consumers want to know what kind of foods they’re putting into their bodies. We understand that some things are going to be healthier than others, but even when we buy those things that really aren’t necessarily health foods, we still want to make sure that they’re not hiding anything in the product that we don’t know about. And unfortunately, one of the most popular cookies on the planet, Oreos, has now been hit with a class action lawsuit alleging that what they’re saying is on the package that’s in the product isn’t actually in the product.

Joining me now to talk about this as Scott Hardy from Top Class Action. Scott, Oreo, you know, America’s favorite cookie, I think it says on the package, but that’s not what this lawsuit’s about. It also says always made with real cocoa and a lawsuit says that’s not true at all, is it?

Scott Hardy:                          No. Oreo is breaking my heart. I’ve been taking their, their overstuffed, not just the double stuffed Oreos, now they have like the most stuffed Oreos. So it’s essentially all frosting and just a couple of cookies kind of. That’s fantastic, if you’re a fat guy like me and you enjoy these things. But it really made me sad when I saw this class action come through that you’ve got Oreo, like you said, America’s favorite cookie and they’re getting accused of not having real cocoa and right on the package it says real cocoa.

So people will buy these cookies thinking, hey, it’s real cocoa. Yes, I’m having a cookie. Yes, there’s a lot of sugar in it. But cocoa has fiber, cocoa has flavanols. These are things that are good for you depending on all the sugar you’re taking, but you know they are, they are helpful for you. And unfortunately the class action is stating that the manufacturers behind Oreo actually cook out most of the real cocoa. They do it through an alkalization method, also referred to as dutching.

So the actual benefits that you would get by ingesting real cocoa, those are pretty much gone because of the way they actually prepare the cookies. And this covers pretty much all the cookies, everything from the mega stuffed Oreos. Oh be still my beating heart, to peanut butter, birthday cake, regular original Oreos, dark chocolate, red velvet, double stuffed because all the cookies are prepared in the same manner with their cocoa. They’re all included in this class action.

Farron Cousins:                  So, you know, what you’ve just explained there is something I didn’t know. I didn’t realize, you know, really that there were any health benefits to cocoa. So, so it starts to make a little bit more sense, right? Not to mention the fact that obviously going through this alkalization process, you’re processing the cocoa. So this now at this point becomes even more of a processed food. And as we’ve seen time and time again here in this country, people want to move away as much as they can from these overly processed foods because as you correctly pointed out there, the more you process it, the more you’re taking out of it.

You’re, you’re taking away the, the good things. And believe it or not, yes, cocoa does have some, some health benefits. But once you do all this, once you put it through the machinery, the, the alkaline substances, you’re taking a lot of that out. You’re just left basically with a lump of sugar that tastes amazing. But it’s certainly not what is represented on that package.

Scott Hardy:                          Right. I’d be curious how this one, kind of wakes this way through the system. But since the, the, the big part of this claim in the class action is that you can’t say that you’ve got real cocoa in it if you’re processing out pretty much all of the actual cocoa through this process. You know, will it just be a labeling claim? Will we be able to get diehard Oreo lovers like myself, some money back in our pockets? We’ll have to see, you know, so far we’ve received 648 comments, and 14 shares on this. So we’ve got hundreds and hundreds of people out there that are actively following this. And I’m sure once it becomes, once it airs on, on your channel here, we’re gonna get a whole lot more.

Farron Cousins:                  Well as, as they say it right there on the package, it is America’s favorite cookie. So I’m sure there’s a lot of Oreo eaters watching this saying, wait a minute, this isn’t what I thought it was. So hopefully they go to your site and if this is something that interests you, make sure you follow the link in the description of this video. Head on over to Top Class Actions. Get all the info on this particular story and countless others and for even more, make sure you subscribe to their weekly newsletter. Get all these stories delivered directly to your inbox each week. One of the best tools out there for American consumers. Scott Hardy, Top Class Actions. Always a pleasure talking to you.