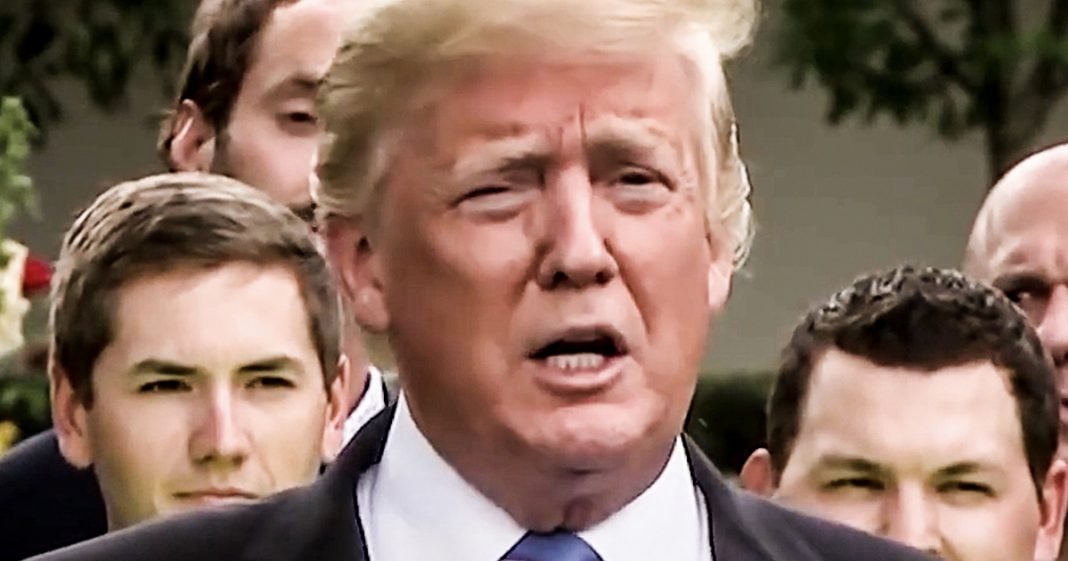 Early polls are showing that Donald Trump’s path to reelection is getting narrower by the week, and he would currently lose to candidates like Bernie Sanders, Elizabeth Warren, Joe Biden, and several others. But those polls don’t really mean much of anything – we saw the same thing in 2016. What’s buried in recent polling is that the “electability” argument is pure garbage, and only two Democratic candidates have been consistently polling better each month. Ring of Fire’s Farron Cousins talks about the poll numbers that actually matter.

But again, this means absolutely nothing. It means zero. I don’t even know why they’re bothering to do these polls right now, but they are, and we’re going to talk about it because we’re going to talk about the fact that these polls are absolutely ridiculous. First and foremost, 2016 polls show the same thing. They showed Hillary Clinton absolutely mopping the floor with Donald Trump, and technically she did and she won the popular vote by more than 3 million votes. So those poles weren’t necessarily wrong. It’s just that they didn’t represent who the actual winner was going to be because of our outdated backwards electoral college system. But here is a poll that actually does matter more than these, you know, mythical head to head match ups that they’re putting out right now in this latest poll is actually from a Quinnipiac and it shows that there’s only two people running for president on the Democrat side to who for the last three months have consistently risen in the polls.

Only two out of more than 24 have risen each month for the last three months. Everybody else has either fallen or stayed the same and in fact there’s only one that stayed consistent during that time and that was Yang and the Quinnipiac has him at 1% for the last three months. But anyway, the two people who are rising consistently are Elizabeth Warren and Bernie Sanders. Joe Biden’s, since the month of April has fallen each month, he fell in May, he fell further and June. My prediction is that he’s going to fall even further in July once we really get into these debates and people see that he doesn’t have much to offer, his poll numbers are going to continue to tank, but Bernie and Warren are rising to the top of this. All right? They’re already number two and number three respectively, but there are the only two people whose pull numbers are consistently going up, and those are the polls we need to pay attention to because it’s not just about what their numbers are this month.

It’s about the trend, right? Beto O’Rourke made a huge splash when he came out. He’s pulling down in the single digits below five right now. Pete boot edge edge. Nobody had heard of him. So when he came out and look super smart and fun and his numbers went way up, and then people immediately got super sick of him and his polls have taken a nose dive again back into the single digits, Kamala Harris, does it even know where to begin? Her campaign really, she appears to still be searching for an identity, a way to break out and have people notice her and it just ain’t happening for. So here are numbers have stayed consistently bad. Cory Booker, people seem to have forgotten that this guy even existed and he’s pulling in the single digits below O’Rourke and boot edge edge in Harris. And then of course you have the also rans, you know your, your Hickenlooper’s, you’re delaying ease your a Bennet’s.

Sorry, I can’t even remember their names. That’s how insignificant and stupid these campaigns are. And I mean, no offense to you folks, I mean a little offense because some of you honestly, you’re really horrible. You should go be running as Republicans, but it’s the trends that we need to pay attention to. And right now the trends show us that yes, Democrats can beat Donald Trump. So the electability arguments saying only one person is electable is crap. Throw that argument out the window. Cause right now a lot of them, the good ones can beat him. Focus on the trends, who is rising and who is falling, because those are the numbers that actually matter. And there’s only two Democrats who are consistently rising in the polls. And in my opinion, happen to be the two best out there. Bernie Sanders and Elizabeth Warren.