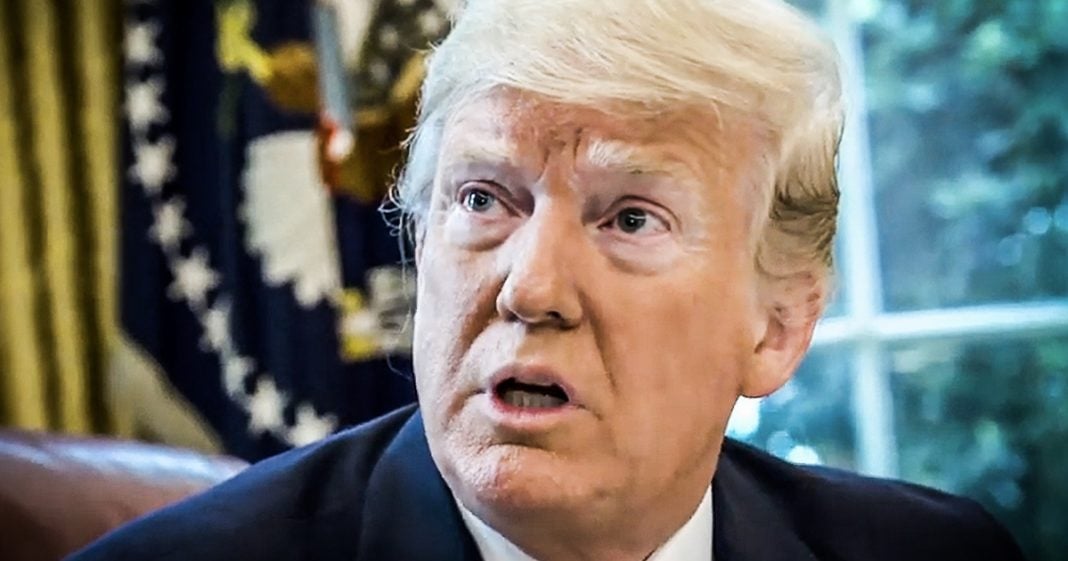 During an interview with George Stephanopoulos for ABC News, Donald Trump said that he would take information from a foreign country if he felt that it could help his campaign and that no one in their right minds would contact the FBI. He contradicted himself multiple times in the short interview, but the bottom line is that he’s now willing to admit that he’d absolutely accept illegal foreign help for his campaigns. Ring of Fire’s Farron Cousins discusses this.

Farron Cousins:                   So basically Donald Trump’s sitting right there, one of the most prestigious offices on the planet and he says, yeah, I think I’d take it. I think I would accept foreign aid to help my campaign if, if I thought it would let me win that, that’s illegal. I mean we just, we just had a huge, massive two year long investigation into whether or not this was the kind of thing Donald Trump and his kids and son in law would engage in. And now he’s telling us, hell yeah, I’d do it. Maybe I’d call the FBI. Maybe I’d do both. Maybe I’d take the information from the foreign source, which again, that’s illegal folks. Let’s be 100% clear. That’s illegal. And then he says, maybe I’d also call the FBI after I got it. Who knows? I’m crazy. I’m up in the air. I might do both. The other thing too though, that he said, um, as he said, he’s, he’s never called the FBI and his entire life he said that during the interview with George Stephanopoulos said, I have never in my life called the FBI, which is a total lie because actually in 1981 Donald Trump personally called the FBI and said, hey, I want to open up a casino in Atlantic city, but there appears to be a lot of mobsters mafia types running the casinos here.

They don’t want me to come in show. How bout you guys send an informant in here, some undercover folks, and we take them all down together. How does that sound? FBI, because Donald Trump wanted to make money and he wanted to get rid of the competition by calling the FBI on them. So yeah, Donald Trump knows how to call the FBI. But only when it serves his own purpose. Because again, in 1981 he wanted to open a casino, but the other folks didn’t want them in the city. Maybe they were mafia, maybe not, I don’t know, but Trump wanted them gone so he could rule the town. But in the case of receiving opposition research from a foreign source in illegal activity, he says, maybe I’d call the FBI, maybe not. I guess we’re going to have to wait and see Han, Norway. What a weird country to just pull out of his head to Norway.

Nonetheless, here’s what this means. It means that Donald Trump just announced on television and by now the world has seen it that, hey, I’m open for business. If you want to hack into one of my opponents, if you’ve got opposition research on anyone, I might be running against, send it my way because I’m telling you now, I would absolutely sit and listen to what you had to say. And again, we just came off a two year investigation, basically trying to find out if this was something the president would do and now he’s flat out admitting, hell yeah, this is something I would do now, Democrats. Now we know that what a Trump would do. Now we need to know what you’re gonna do because Democrats in the house, you’re in a position of power right now. And I think this little admission by Donald Trump needs to be exhibit a in the forthcoming impeachment inquiry. And no more time for games. No more playing around, no more saying like, oh, this guy just committed treason, but we’re still gonna work with him. Cut The crap. Start the inquiry today.