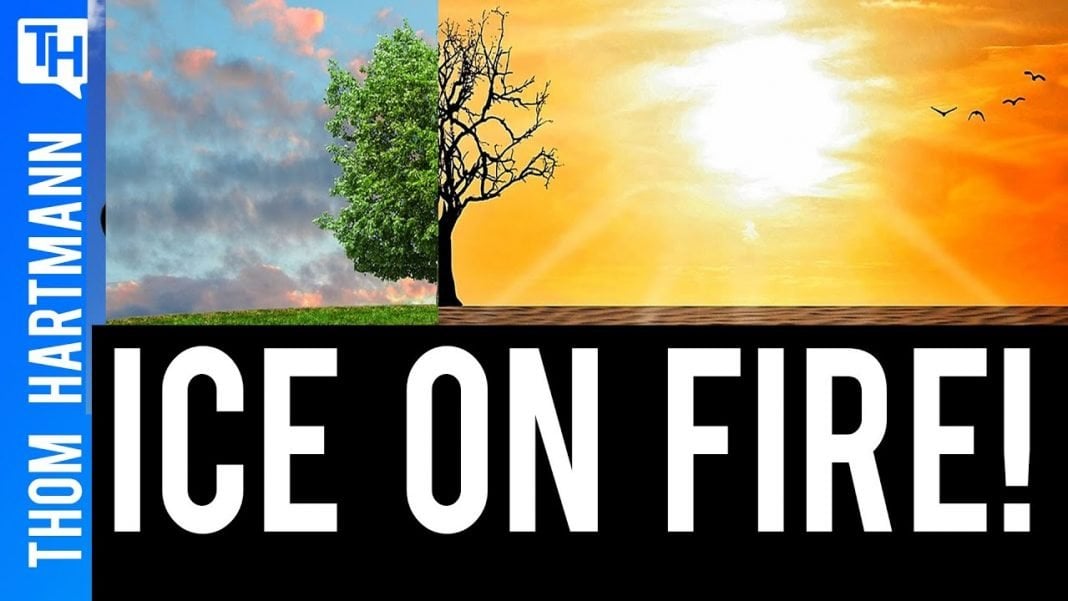 The launch of Ice on Fire, the HBO documentary with Leonardo DiCaprio as the narrator focuses on fossil fuel deniers and climate change in the world. Thom Hartmann is joined by Director Leila Conners to preview the film Ice on Fire and discussed global climate change, fossil fuels and the environmental crisis facing the planet. The acceleration of climate disruption and the human response are the stories told in the movie.