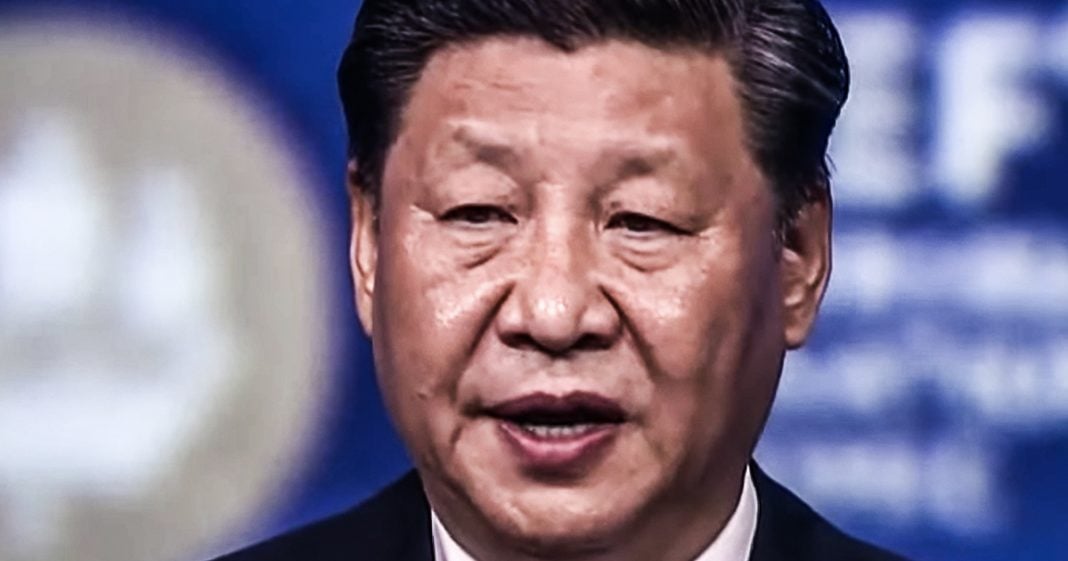 The Chinese Foreign Minister has said that his country will “fight to the end” in the ongoing trade war between the US and China, showing that the country is not going to bow down to Donald Trump’s demands. New rounds of tariffs are just around the corner, and things are already starting to get really bad for American workers, especially farmers. Everyone is preparing for a recession, and Trump is squarely to blame. Ring of Fire’s Farron Cousins discusses this.

Donald Trump keeps telling us that he and the entire country of China, they are working on a deal that is absolutely going to put an end to the trade war. The U S is gonna win. China’s going to go cowering back, uh, into a hole, I guess and realize all we can’t screw with America anymore. But as it turns out, China’s not backing down. China’s not ready to make a deal. No deal actually exists right now. And we know that because that is exactly what China’s telling us. Kind of like the, uh, imaginary deal with Mexico that Trump keeps saying he’s made. And then the Mexican government has to come out and say, no, we, we haven’t actually made a deal. Please stop saying this. China has now had to do the same thing. A spokesperson for their foreign ministry had to come out and say this, China does not want to fight a trade war, but we’re not afraid of fighting a trade war.

If the United States only wants to escalate trade frictions, we will resolutely respond and fight to the end. Now, what that statement means is that these trade wars aren’t going anywhere until Donald Trump backs down. And economists understand this. Why? Because they know that China already has the means in place to fight this trade war for as long as possible. Uh, they have what? Economists say a lot of levers to pull the United States. On the other hand, they tell us has no levers to pull. We can’t continue fighting this. We’re gonna continue fighting it because Donald Trump’s a stubborn idiot, but we can’t just continue to hand out tens of billions of dollars to the industries that are, uh, being effected by the trade wars. Look at it this way as well. In April, according to the Bureau of Labor Statistics, the u s added, I think a 224,000 new jobs in the month of April. Great numbers, right? You know what? They added in May a net of 75,000 jobs in one month, we fell from 224,000 to 75,000. That’s a big drop. And economists say that a lot of that is because of the trade war. Manufacturing is declining. Farmers are being forced to leave their crops in giant silos, or in many cases actually leave it in the field to rot because they can’t sell it. So it’s sitting there quite literally rotting in the field. China on the other hand, yeah, they’re having issues as well,

but they don’t care. And I hate to say that about this country, I’m not hating on China, but it is a government that has shown that it does not care about the welfare of their citizen rate. And we’ve seen that with all the, you know, sweatshop in the horrible working conditions over there. They clearly don’t care. And so they can stretch this out as long as possible. And another reason for that economist tells us is because their government has to look strong. If they’re government backs down, they lose credibility and it could get people turning against the government. And that’s something obviously China Canta stand. So not going to happen. They’ll continue fighting this to the end. Like they told us they would us here in the United States. On the other hand, we don’t have that. China’s devalued their currency by 10% since the trade war started.

We, we can’t devalue our currency here in the United States. That would kill us 10% and they’ll go lower if they have to. They do have the money right now to continue subsidizing the industries who are losing money and that’s what they’re doing. As I pointed out, we can’t continue to do that here in the United States. We’re going to run out of money how we ran out of money a long time ago, thanks to the Republican tax cuts, but nonetheless, China is much better equipped to weather out a trade war. Then the United States in economists know it and that’s also why they’re telling us that in 2020 we’re pretty much going to be heading straight down into a recession. Corporations are actually already making preparations because they understand that the recession is coming and keep in mind, these are also corporations that donate to the Republican Party. They help elect Republican politicians.

These are not left wing scaremongers. Who’d say that Trump is so bad, we’re going to recession. Oh, everybody run and hide. No. These are people who understand like, yeah, we love Republicans, but man, you screwed us up and now we’re, we’re going kind of screwed. Things are going to get so much worse, and that’s not me saying that. That’s the economist saying that because China is fully prepared to weather this out. Nobody in the US even knew it was coming because these are the unilateral decisions of the Moron that we have sitting in the Oval Office today.