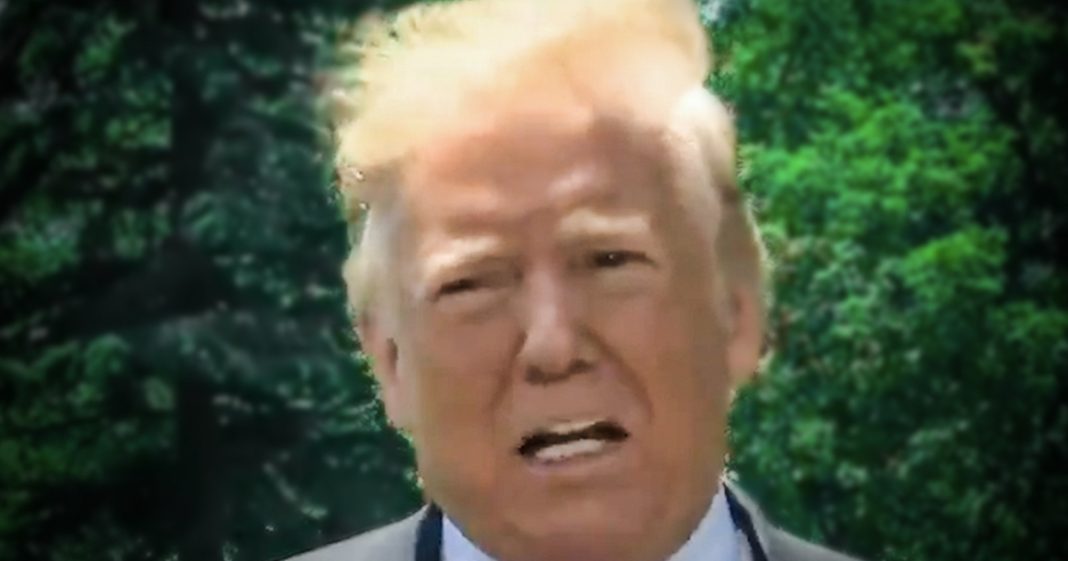 During a brief discussion with reporters on Tuesday, Donald Trump lied through his teeth and said that Democrats are actually the ones who have committed “many, many crimes” and that these could all be exposed in the near future. There is zero evidence that suggests that Democrats have done anything illegal, and Trump knows this. But he has to keep repeating that talking point because his base won’t bother to look at the facts. Ring of Fire’s Farron Cousins discusses this.

Farron Cousins:                   That’s right, folks, it’s the Democrats that have been committing all these crimes, not poor little Donald Trump. We need to go and investigate Obama. Hell, let’s investigate Hillary again. Let’s go and investigate a Lisa Page and Peter Struck and anybody else at the Justice Department, you know, Komi throw him in there. Let’s investigate all these people who by the way have all already been the subject of investigations that have turned up absolutely zero on them. And to be honest, that’s actually why I’ve said that I actually support these new investigations that the DOJ is launching, trying to weed out and find all these bad actors in the deep state. You know, trying to bust of Obama or Hillary or whoever it is for some kind of crime. Hell yeah, I support that. Why? Because they’re not going to find anything. Folks. This is the real witch hunt and I am ready and waiting and anticipating when they finally have to come back out and say, well, hey, we still ain’t got nothing on them.

I’m sorry. Nothing we can do. You may not like them, but they didn’t commit any crimes. And of course we all know that this administration would never admit that William Barb would never admit that. What’s more likely going to happen is that the investigations are just going to kind of fizzle out and we’ll never hear about them again because Donald Trump couldn’t come out. William, you couldn’t come out and say, damn it, they’re squeaky clean. We got nothing here folks. We got nothing. But instead Donald Trump chooses to gaslight the country, gaslight, his followers. And the left into thinking like Democrats committed crimes. I’m not gonna tell you what they are. You’re going to find out soon. Don’t worry. Tune in for the next episode of your crazy president and we’ll give you all the answers. The reality is that yes, these Democrats, the people in the intelligence agencies, we have had hearings, we have had investigations. Nothing has come from it. Nothing will come from it because there is nothing to come from it, but that is not going to stop Donald Trump from now until his last breath on this planet. That man is going to be whining and crying about the Democrats. More crimes. Democrats committed all the crimes. I didn’t commit anything to the day he dies. That’s who he is in its pure projection. He knows that there is crap in his history that is eventually going to take him down. Maybe it’s going to happen while he’s still in office. More likely it’s going to all happen after he leaves office and he’ll be powerless to stop it. But there are wheels in motion. He is the one who’s probably committed many crimes as he says the Democrats have, and no, there is not some kind of massive problem with the Democratic Party. We know exactly what we want and we want you, Mr. Trump, to spend the rest of your days rotting away in a prison cell.