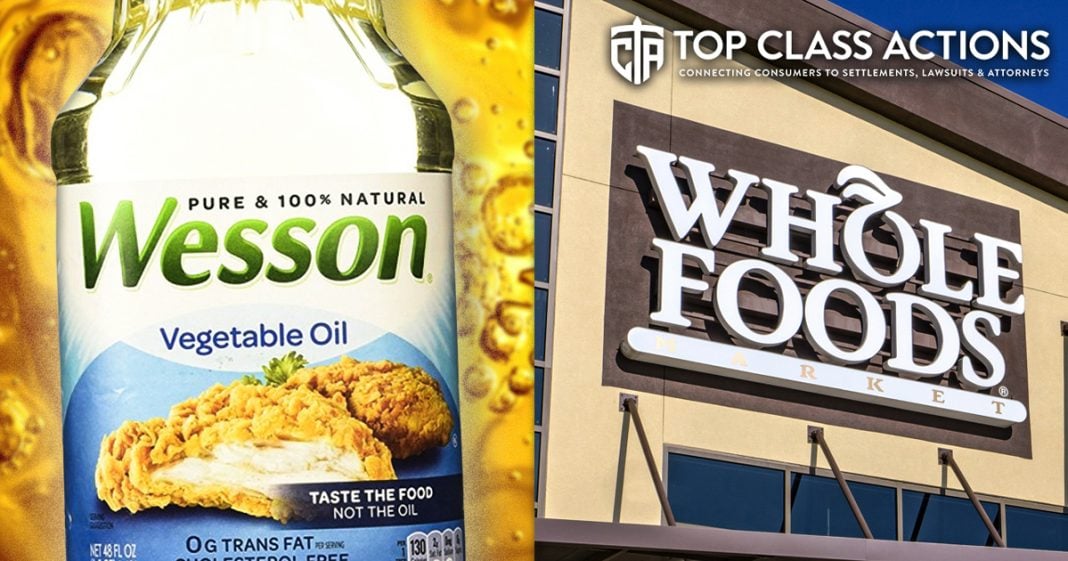 Major food companies in the United States have agreed to settlements totaling millions of dollars that will be disbursed to consumers who were duped by their labeling. Deadlines are approaching fast for some of these settlements, so consumers will need to move quickly to qualify for these settlements. Ring of Fire’s Farron Cousins discusses this with Scott Hardy from Top Class Actions.

Farron Cousins:                  One of the issues we’ve talked about many different times on this program is the fact that food manufacturers are always going to run into trouble when they miss label their products. It causes consumers to buy their products, thinking they’re getting one thing when in reality they’re getting something completely different that they otherwise likely would not have purchased. And when companies get in trouble for this, there’s typically a settlement right around the corner.

Sometimes it takes a little bit longer than others. But I’m joined now by Scott Hardy from Top Class Actions to tell us about some of the latest settlements regarding mislabeled food products. Scott, thank you very much for being with me today.

Farron Cousins:                  No problem. So, so what are we looking at here? We’ve got, we’ve got two major ones, several million dollars right now on the table. Start with this Wesson cooking oil. Tell us what that one’s about.

Now this one isn’t a huge settlement. You’re not going to get a big check out of it, but everybody buys cooking oil. If you cook, at least you buy cooking oil and you can get up to, claim up to 30 bottles without proof of purchase at 15 cents a bottle, which means you can get a check for $4.50. Go online, spend your 30 seconds confirming that you bought this cooking oil. And in theory you’ll get a check within about six months to a year for $4.50.

Farron Cousins:                  Exactly and not to mention the fact that a big part of this settlement too is that Conagra, who owns Wesson cooking oil, they’re gonna, they’ve agreed to change the labeling. You know, so, so that’s a big part of it as well. Not just, you know, the, the $4.50, whatever that consumers can get off it. It’s that this class action actually changed the way the company is going to market their products. And that’s always one of the best outcomes that we get from these and that’s why these class actions are so important.

So they’ve agreed to change the label, although they’re also maintaining, we didn’t do anything wrong in this. We were totally right, but we’re still gonna pay people and change the way we’re doing everything. But we didn’t do anything wrong. We promise. There’s another one here. You and I have actually spoken about this before, the Kombucha, health, Whole Foods, excuse me, Health-Ade selling this Kombucha marketing it as non alcoholic. It’s actually got a decent amount of alcohol in it. So, explain this settlement to us.

Scott Hardy:                          Sure. So the Whole Foods Kombucha class action settlement, just like you said, they, they would say that no, it’s non alcoholic. There’s no alcohol in it. Oh, actually to say that you have to have less than 0.5% alcohol and they were way over that according to the scientists that were running this settlement. So this one’s a bit better for consumers. They, just like you said, you know, it’s not just about putting money in people’s pockets. It is about changing how they are marketing. And so in this one, yes, they are changing the label.

Farron Cousins:                  So this one’s, this is a pretty, you know, especially compared to the other one, pretty significant, right? I mean $40, $80, whichever part you may qualify for. It’s a decent amount of money for consumers. You know that for some people may be a trip to the grocery store. So don’t miss out on these. I know there’s deadlines here. You know, what, what are we looking at in terms of the deadlines for, for either of these settlements?

Scott Hardy:                          Wesson, it’s coming up within the next two months. You’ve got to get that one submitted very quickly. Definitely by, I believe by the beginning of August, if not sooner. You don’t want to wait while with the Kombucha, you’ve got to have it submitted by the end of August as well. So both of these settlements have deadlines associated with it beginning of August or end of August. Don’t miss out because once, once that deadline ends, if you submit your claim after, if you’re even able to, because a lot of times they’re just shut down on the website. There’s no guarantee that you’re going to be included.

Farron Cousins:                  Absolutely and if you have purchased any of these products, want information on the class action or to go ahead and sign up for it, follow the links in the description of this video, both of them, one for the Wesson oil, one for the Kombucha. Both are in the description of this video. And while you’re over there at Top Class Actions, make sure you subscribe to their weekly newsletter. It’s one of the best resources available for consumers to stay alert of which products they need to avoid and which settlements they may qualify for. Scott Hardy, Top Class Actions. Always a pleasure talking to you.