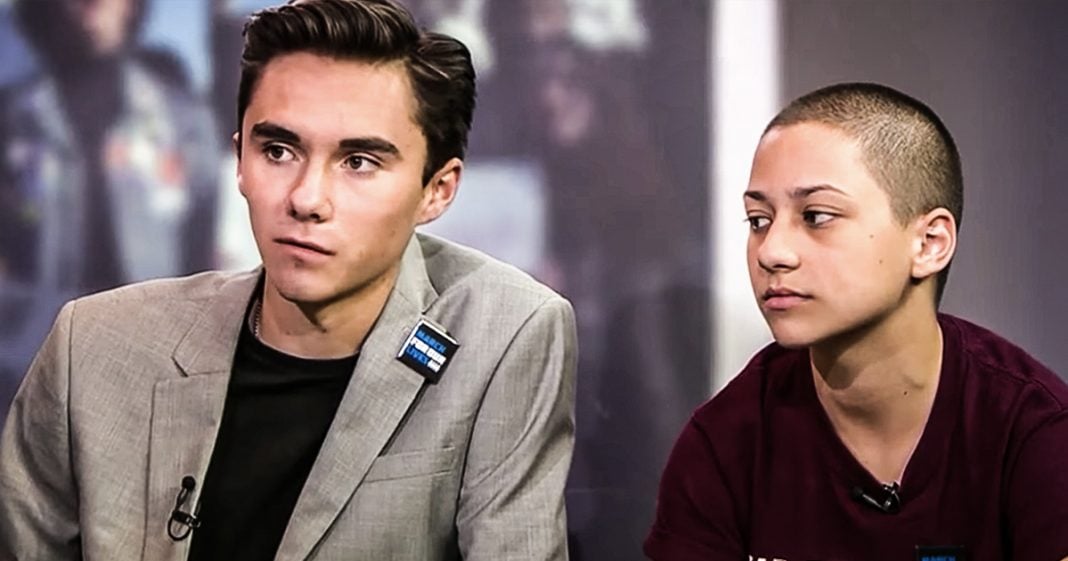 Victims of shootings in the United States may soon have a new weapon to fight back: lawsuits. Democrats in both the House and Senate are working on legislation called The Equal Access to Justice for Victims of Gun Violence Act, which would remove the barriers that are currently in place and therefore allow shooting victims to sue gun manufacturers. Right now, gun makers have immunity from lawsuits, but that could change if this legislation is successful. Ring of Fire’s Farron Cousins discusses this.

Democrats in both the House and the Senate have put forward legislation that would actually repeal rules that are currently in place and have been in place since 2005 that give immunity to gun makers, gun manufacturers, gun sellers, ammunition wholesalers, all the people involved in the gun industry. Basically right now they have immunity from being sued by the victims and their families of shootings here in the United States. While House and Senate Democrats have come up with a piece of legislation called the equal access to justice for victims of gun violence act, that would basically take those protections and immunity away from the gun industry and say, Nope, you are now open for business in terms of being sued when your products are involved in a fatality, in an atrocity, whatever it is, your putting this product on the market, this product is killing people. You should be able to be sued for that.

Here’s the thing, you have gun rights activists out there right now. Lawrence King of the National Shooting Sports Foundation who came out and said the following in response, he said, you would know more charge or blame Ford or General Motors for drunk driving accidents. Basically saying like, yeah, people drive drunk. It’s not the fault of the would automobile maker. Just like, oh, people get shot. It’s not the fault of the gun maker. You have a valid point, but let me go ahead and expand upon that. Suppose Ford or GM was out, their marketing, their tool as, hey, these vehicles are so easy to drive that even a drunk could do it. Or maybe they sponsor an event where they’re just given out free alcohol all day while selling vehicles. Then yes, suddenly the liability shifts a little bit, doesn’t it? And that’s what these gone lawsuits would be about. Not just the fact that, oh, somebody went out and shot somebody.

Let’s sue the gun maker. It’s not gonna work like that because yes, that would be a huge issue. You can’t just sue somebody for their thing being involved in a bad thing. However, if the marketing of these guns, ammunition, whatever it is, is marketed in a way that glorifies any kind of violence in any way. And it could just be talking about how fast it can get bullets out of the barrel that could make them liable. If gun sellers in this country aren’t doing their due diligence, if they’re not performing the background checks, if they’re selling guns to people who they know shouldn’t have them, that is a new avenue of liability under this particular act. Now, the sad part here is that obviously the Democrats support it, which is great. Republicans will not, this not going to pass the Senate, and then even if it did, you’re definitely not going to get Donald Trump to sign it in a law.

And then at that point, you’re probably not gonna have enough votes to override that veto. But what this shows is the Democrats are at least trying to take this issue seriously. Now they’re trying to do something. And if you don’t think that lawsuits would be an effective way to crack down on the gun industry while still not it, you know, getting on to, uh, you know, basically repealing people’s rights. Think again, look at what’s happened to the tobacco industry. Look at what’s happened to these best this industry. Look what’s happened with automobile safety in this country. Every single advancement we have made in any one of those product areas is 100% because of lawsuits, because of liability. The same thing could happen with the firearms industry, and this may be considered, I guess, I dunno, irrelevant to this particular topic, but let me go ahead and point out.

In 2005, when this original immunity bill came up, Bernie Sanders did vote to give gun makers immunity. That is the biggest stain on Bernie Sanders record. It is something that he still to this day, rightfully so, catches hell for, I don’t agree with this vote at all. And Yeah, I do think that that is a problem. And his a rationale for it, saying, oh, well, there’s a lot of hunters in Vermont and I, you know, I didn’t want to, I don’t think they should be held liable. You, they’re just hunters. They’re not out there killing people. That’s a bad excuse. And I bring that up to kind of go on even more of an aside right here because I see a lot of people out there attacking certain candidates for one thing that they voted for, like literally throughout their entire career. Like, oh no, she voted for this thing this one time.

She’s horrible. Okay, well Bernie voted for a really bad thing to a really, really bad thing. Every single person running for president right now has some pretty bad votes in their history, every single one of them. So if you’re going to pick a single vote and say that because of that vote, I’m not voting for this person, then you’re missing the bigger picture. Same thing with Barney’s gunboat. It doesn’t turn me off a 100% I’m not happy with it. But I think if this legislation today were to come to a vote, I think we’d see a different vote from Bernie Sanders, 100% I think he understands his mistake and I think he understands why he made that mistake. Same thing with a lot of these other candidates. Yeah, they’ve all got bad spots in their histories. The question is who has evolved the most, but back to this particular legislation here, again, this is not just going to open the flood gates. You’re not going to be able to sue a gun maker or seller every time somebody in this country gets shot. What it would do is allow step by step to get the bad actors out of the business, essentially drive them into bankruptcy, and that would prevent a lot of these guns from going in the hands of dangerous people who then go out and commit these atrocities and lacking any real gun control measures coming out of Congress. This is the next best thing.