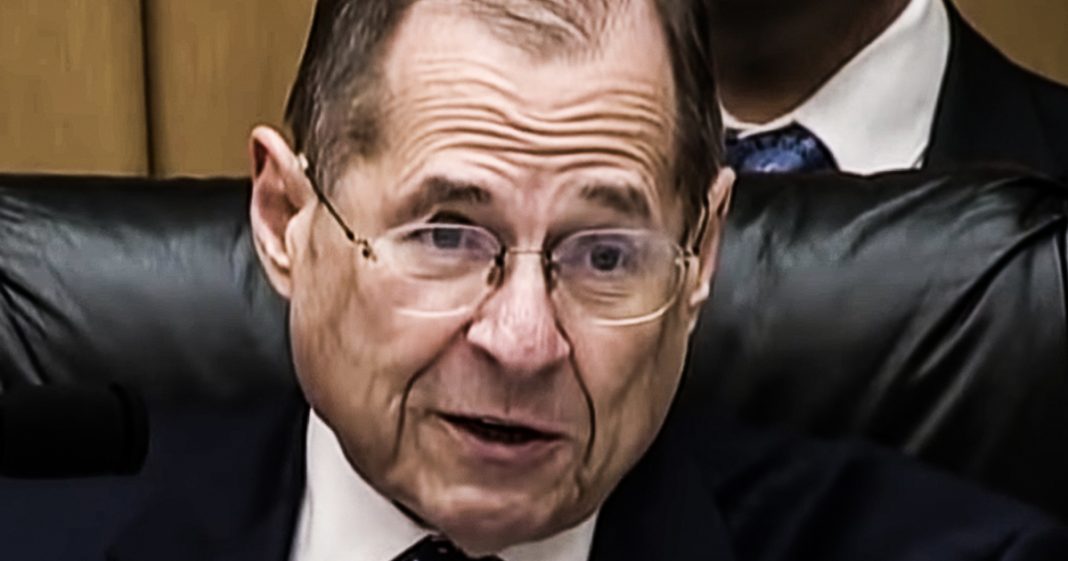 Donald Trump’s Department of Justice has agreed to begin complying with subpoenas in order to avoid a contempt charge against Attorney General William Barr, and they will now begin handing over some of the key evidence that Robert Mueller used in his investigation. Could these mean that obstruction of justice charges could be coming in the near future? Ring of Fire’s Farron Cousins discusses this.

You know, the Democratic Party or at least the Democrats in the House of Representatives for the last few months. I’ve had some, uh, you know, pretty, pretty low lows as some pretty high highs, but this week those same Democrats experienced yet another high and showed us what can happen when you finally put the pressure on the Trump administration. Today, the Democrats were supposed to be bringing contempt, uh, uh, contempt vote, I guess to the full House of Representatives to vote whether or not to hold Attorney General William Barr in contempt of Congress for ignoring subpoenas for the evidence that Robert Mueller used in his investigation bar did not want to turn that evidence over. So they were going to hold him in contempt because he repeatedly refused to subpoena. Well, guess what? That votes not happening today and it’s not actually because the Democrats back down. It’s because William Barr back down the Trump administration had to back down after this pressure from the Democrats and now the DOJ has said, all right, we’re going to start turning over this information to you. This is evidence that Robert Mueller collected. He used it to write his final report. He used it to make his determinations reluctantly. Here it is.

and all they had to do was actually just follow the procedures. You don’t comply with the subpoena. We’re going to hold you in contempt. Oh, you don’t want to be in contempt, so now you’re going to give us evidence. Fantastic. Just so you know, we’re keeping the contempt charge in our back pocket and if you screw with us, we’re going to vote to hold you in contempt at any point along this line so you better keep cooperating. That’s what Nadler in the Democrats said. So that contempt vote may still happen. If it turns out that William Barr is either hiding evidence or not turning over things fast enough or not turning over the actual evidence they wanted, they’ll bring that contempt vote to the floor in a heartbeat. So he is not out of the woods yet and Democrats are lording that contempt vote over him.

Just saying, go ahead and try to screw with us because we’re not playing anymore. The evidence that they’re looking for specifically is evidence related to the obstruction of justice. Now this is great. Probably something you could pretty easily, pretty easily pop Donald Trump for, but to me, and I’m glad they’re doing it, to be honest, yes, don’t get me wrong on that at all. I want this to happen, but I think still the bigger investigation needs to be into Donald Trump’s banking records into his tax records. You want to find evidence of very real crimes that could actually put this dude in prison. That’s where you’re going to go. Not a procedural crime, like obstruction of justice. Yes, still illegal. Don’t get me wrong, it’s still bad, but you know, bank fraud or telling a dude to lie under oath bank frauds, a little more severe, right? Nonetheless, these are all crimes and hopefully the Democrats are just putting together a nice little portfolio, especially with this new evidence there are about to get where they could just check off the list like what we got him on this, this, this, this. Let’s get the banking crimes over here, this, this and this. Just add them all up and then once you have everything you need, you put it together in a nice pretty little package that we call articles of impeachment.