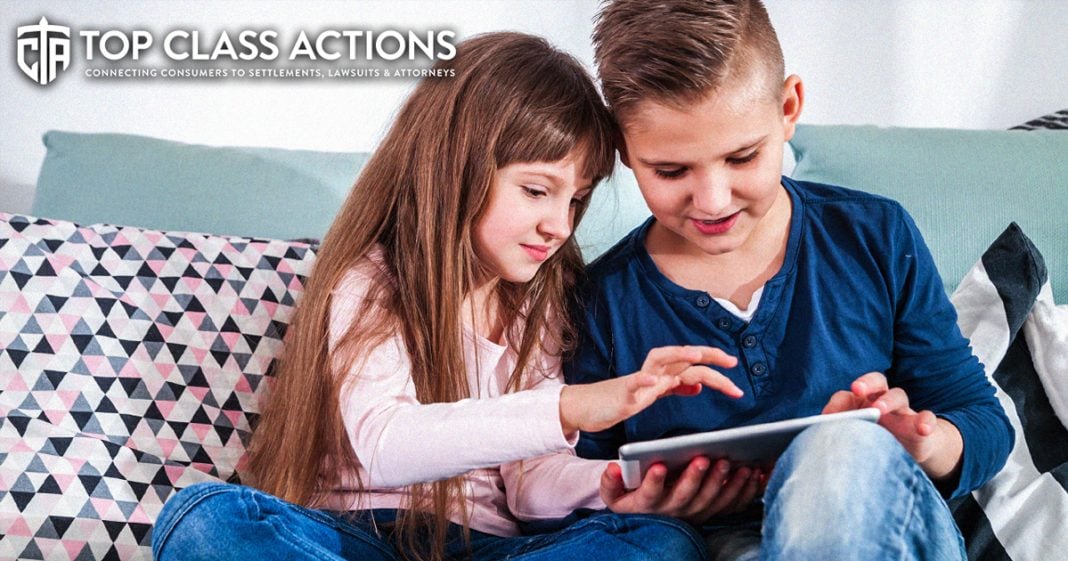 Farron Cousins:                  Recently a US district judge ruled against Disney and Viacom who were trying to have a lawsuit dismissed claiming that the two companies were actually scraping data from children while they were playing video games. The judge did not bye the arguments being sold by Disney and Viacom and said, nope, this case is going to proceed. Joining me now to talk about what this case is all about is Scott Hardy from Top Class Actions. So Scott, as I just mentioned, the judge says it can proceed. It involves data scraping from children. Lay this one out for us because this does not sound good for either of these companies.

But then you have to stop and think, well, a lot of these companies got nailed for privacy violations because they’re targeting children. So they had to clean up their act supposedly and not be tracking and selling data about children to different marketers. But then some of these games are still making in hundreds of millions of dollars a year. So how are they getting that money? Well, sure they’re probably making some money on that freemium model by selling claims or trinkets, whatever in game.

But now we’re finding through these data scraping class actions that the games are still taking a look at what kids are doing within the game and selling that to different groups and marketing companies and even probably other gaming manufacturers so they know what to do to get more interaction from children. And that’s what these class actions are targeting is they’re saying, hey, you guys already said you weren’t going to be targeting children and you weren’t going to be storing private data and use data about children.

But we have a number of different games, and by different manufacturers and games like Subway Surfers and a Beauty and the Beast game and Lama Spit Spit that kids are playing that these class actions are alleging that they’re, these manufacturers are scraping the use and they’re tracking how these kids are playing these games and selling that data, allegedly illegally.

And you and I have talked about multiple different cases involving, oh, they’re taking our data here. They’re doing this with it. They’re selling it. And that’s bad enough. But, but when you get to the point where you have games designed for children, marketed to children that are stealing the data of children, I mean, we have just passed this on to a whole new generation at this point. Right? I mean this is a generation that throughout their lives, if this doesn’t stop, they may never know what privacy actually is. Right?

Scott Hardy:                          Exactly, and you’ve got big companies like Viacom and Disney and Disney is trusted and loved by millions of families around the globe. So they expect that if I’m getting a game and downloading a game that is owned in part or produced in part by Disney, that the usage, my child’s usage of that game is safe, won’t be tracked, won’t be sold to third parties. Well, at least according to these class actions, some Disney executives are saying, oh well we still got to make a lot of money on this.

So sorry, that data about your kids isn’t safe. And like you said, these kids are never going to know what that true protection is. You know, they’re so connected through their apps and their iPads and their iPods and they just, it’s not something that they would really consider. Kids growing up will just automatically think, yeah, I’m getting tracked by the Internet. So what. And you know, we really have to make sure that they understand how this puts them at risk for, you know, predatory behavior, not just by companies but by adults.

Farron Cousins:                  Absolutely, and you know that, that’s the other part of it too, is we can’t let them just become desensitized to it. Thinking that, oh yeah, no, no, no, no. I, I’ve, I’ve been tracked by my whole life, you know, because yeah, you’re going to have a predator that also knows how to code, creates an APP that kids love, but they can use it to track where they are. You know, find out where this kid goes every day and then do something unspeakable. That is not out of the realm of possibility by any stretch of the imagination and the way to combat this first and foremost is these lawsuits.

Because right now that’s all we’ve got. You know, we’ve had a couple ideas kicked around in Washington DC, you know, we need to do something about this, we need to come up with a plan, we have to pass legislation, we need a government agency to regulate it. And those are great ideas. Unfortunately none of them have come to fruition. So right now these lawsuits really our best tools aren’t they?

Scott Hardy:                          They are and of course right now the administration is very big corporation, trillion dollar corporation friendly. So anything that could regulate and put any kind of privacy regulations in place that protects consumers is going to get thrown out the window by this, by the current administration. They’re not looking after consumer’s best rights. They’re looking after their donors. They’re big Super PACs and the big corporation’s rights, to make money off of the backs of you, the consumer. And so don’t expect to be saved by the government in any way, shape or form. We have to have these lawyers that are going to go out there and litigate through these cases to try to protect consumers.

Farron Cousins:                  Right and anybody, you know, I know a lot of people sometimes I say, well, this is a frivolous lawsuit. You know, these are ambulance chasers. No, trust me. The lawyers who are willing to go out there and say, oh, you know, Disney took your kids’ data. Yeah, I will take that corporation on. That is the height of bravery going against one of the largest corporations on the planet and saying to them, in court, your stealing the data from children.

That’s not ambulance chasing. That is a level of courage that most people on this planet will never be able to experience. For more information on this story, follow the link in the description of this video. Head on over to Top Class Actions and make sure while you’re there that you sign up for their weekly newsletter. It is the best tool available for American consumers. Scott Hardy with Top Class Actions. Always a pleasure talking to you.