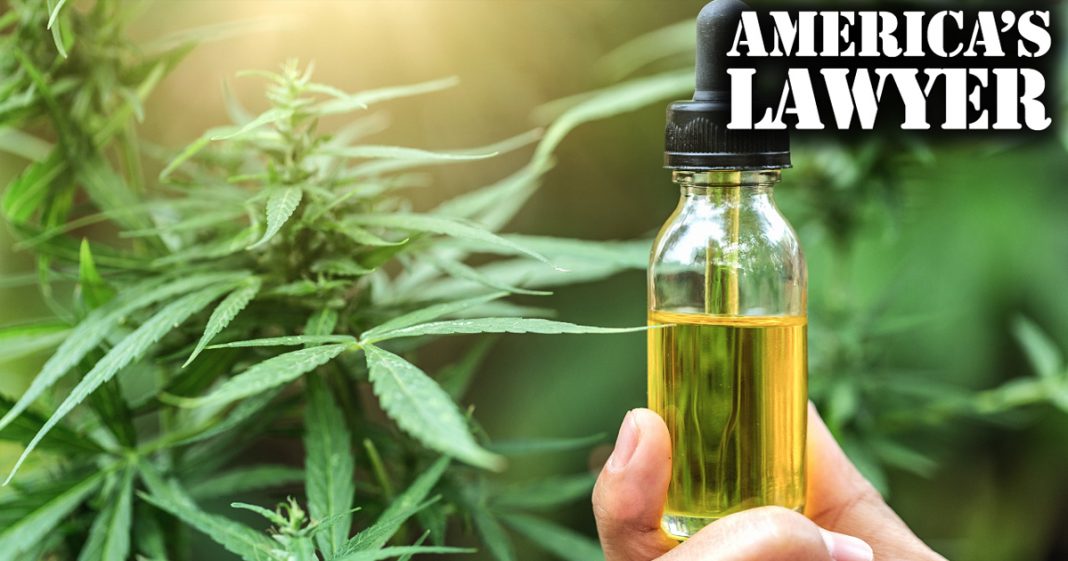 Via America’s Lawyer: The TSA has announced that airline passengers will now be allowed to carry on certain types of CBD oils derived from hemp. Farron Cousins fills in for Mike Papantonio on this episode of America’s Lawyer to explain more.

And finally tonight, some good news. The TSA has announced that airline passengers will now be allowed to carry on certain types of CBD oils derived from hemp. These cannabidiol oils are used by patients to treat severe medical problems such as seizures and chronic pain, but up until last week they were actually banned from all carry on luggage. However, the TSA now understands that these oils are considered medically necessary for some patients and there are now allowed on flights.

However, not all CBD oils are going to be allowed, so make sure you check with the TSA before attempting to bring your CBD on a flight. But this rule change echoes a move by the Trump administration last year that removed hemp from schedule one of the controlled substances act and shows that this country is finally making some progress on the issue of marijuana even if it’s happening at an incredibly slow pace.

And that’s all for tonight. You can find us on Facebook @facebook.com/rtamericaslawyer, also follow us on Twitter @americaslawyer. You can watch all RT America programs on Direct TV, channel 321 and stream them live at youtube.com/rtamerica. I’m Farron Cousins and this is America’s Lawyer, where every week we tell you the stories that corporate media is ordered not to tell because their advertisers won’t let them. Have a great night.