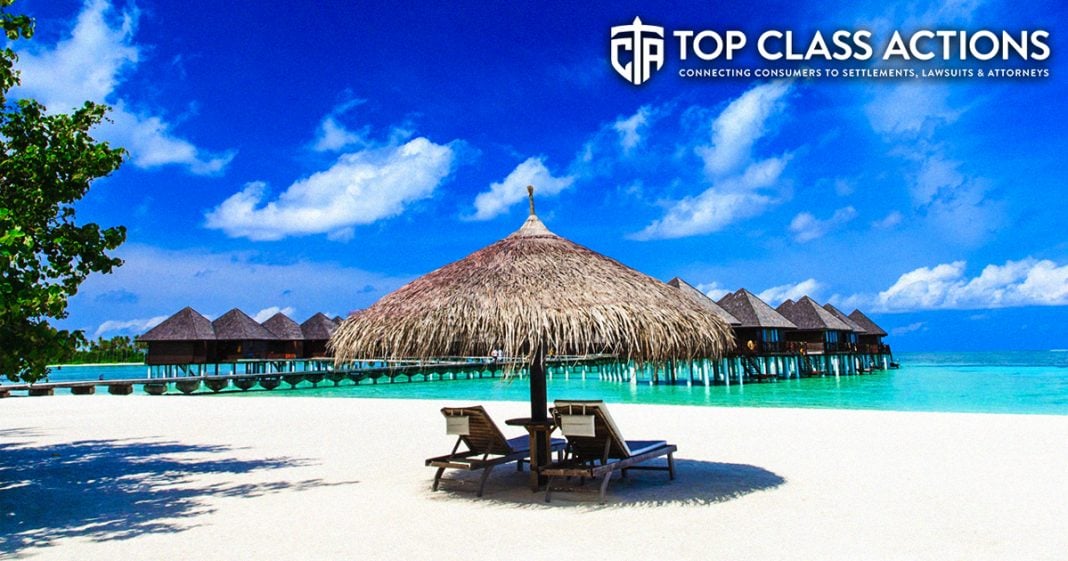 Farron Cousins:                  Anyone who’s ever booked a trip or really booked a hotel for any reason over the last few years understands that the price you see, whether it’s on the booking site of the hotel site is not actually what you’re paying. You’re paying something far greater than that price. Because when you look at your bill, you see taxes, you see fees, you see resort fees, you see all kinds of things, and a lot of times we just assume, okay, that’s just what you’re charging. We’re going to pay it.

Well, according to a new lawsuit, Sandals Resorts down in The Bahamas are charging you the usual taxes and fees and all that, except one of the areas where they claim there you’re paying taxes, not actually taxes. Joining me now to talk about this as Scott Hardy from Top Class Actions. Scott, this story is infuriating because every time I seem to book a hotel room, whether it’s for work or, or to go out of town for a day or two, the fees and taxes and all kinds of stuff just seem to be getting longer.

Scott Hardy:                          Exactly, and this is, it really is infuriating because we get hit with so many different taxes and fees and now we see that all the time. You go to Las Vegas, you’re paying a resort fee and now because the resorts have been sued enough by class action attorneys, they flagged it out there, hey, this is a resort fee. This covers your access to the gym, this covers your Wifi. This is what we’re charging it. All of those disclaimers that they’re talking about it, informing you are because of class actions that were filed.

This is going to go to the local island. Hey, I loved my time there. I want to support the local island, the people. Thank you for letting me in your beautiful place. No, these taxes aren’t exactly going there. They might just be going straight into the pockets of Sandals. And I’ll be really curious if we actually get a response from Sandals. Sometimes we report on these and the corporations send us an official response.

We love those because we definitely will publish it and we’ll let you know, and because we want to hear their side. But from the looks of this class action, it looks pretty bad if you’re charging a 12 and a half percent accommodation tax and it’s not even a tax, it’s just a fee that’s going straight into the corporations pockets.

They do these things because they can. They do these things because they can do it for so long prior to being caught that by the time they’re caught, most people forgot it happened to them. So they will pay out a settlement or, you know, maybe even a jury verdict if they have to, but whatever that is, it’s going to be far less than what they made off of it and yeah, they can’t do it after that again, but they’re going to come up with something else.

That’s what drives me crazy though. They do it because they can and if it wasn’t for the, the, the lawyers out there, my God, we would be getting ripped off every single time we step out of our homes.

They, yeah, we’re going hit with a class action. But hey, we raked in 50 million bucks before we got nailed with it. So let’s go ahead and give $5, $10 million back to the consumers that submit a claim. And they’re hoping that people will not submit a claim. So that way they can keep more of that money. But they know it.

And as you said, just very upfront of, we’re going to charge this fee, we’ll get caught, we’ll pay them a bit, but we’re gonna make a whole lot more money off of this tax before we have to pay it out. So let’s charge it as long as possible until we get caught and aren’t allowed to charge it anymore.

You know, this should be stuff that you would read in the New York Times or Washington Post or you see it on CNN. But I promise you they’re, they’re never going to talk about this stuff. And that is just as infuriating as the fact that these are doing the things that you and I talk about them doing every single week. So on that note, I have to say, Scott, I appreciate everything that you and the entire team at Top Class Actions do every week.

Your website is one that I do truly check every single day of the week. And every time I do, I learn something new and I don’t mean this offensively, but it infuriates me. But it’s good to know what these corporations are doing out there. So please everyone, if you’ve been to Sandals, if you’ve paid one of these accommodation taxes, follow the link in the description of this video and head to Top Class Actions, sign up for their weekly newsletter.