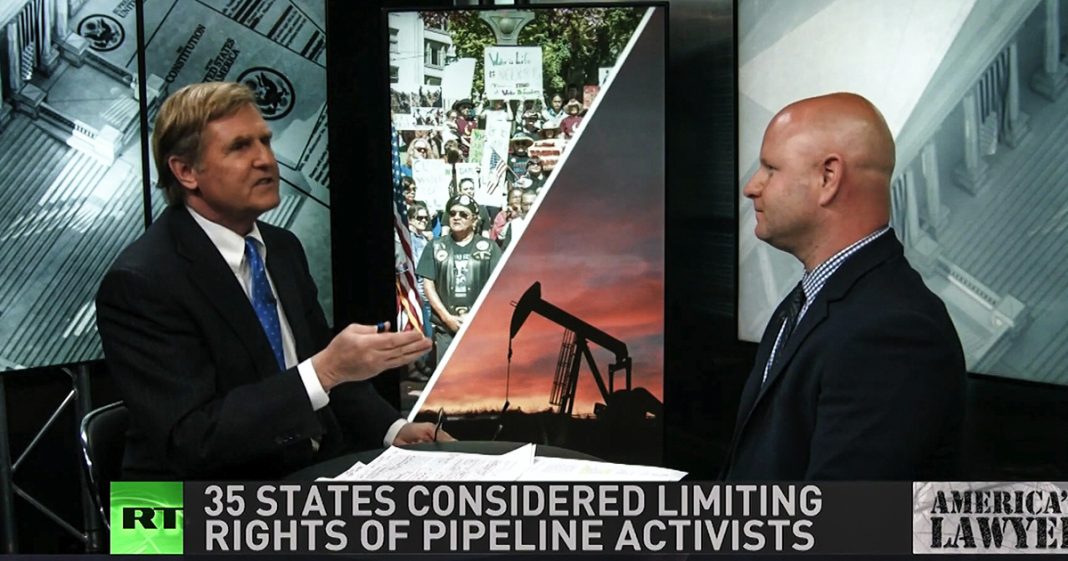 Via America’s Lawyer: Mike Papantonio and Trial Magazines Editor Farron Cousins discuss how the Loan Shark Prevention Act proposed by Senators Alexandria Ocasio-Cortez and Bernie Sanders has earned support among voters regardless of party lines. The act would cap interest rates on credit cards and loans, combatting the predatory nature of loan sharking, which targets Americans that have few financial options. Also, Texas has a new law that could result in prison sentences for up to 10 years in jail for anyone who protests a new fossil fuel pipeline and big corporations promised that they would hire workers after getting a massive tax cut. But so far it looks like they’re pocketing all the money.