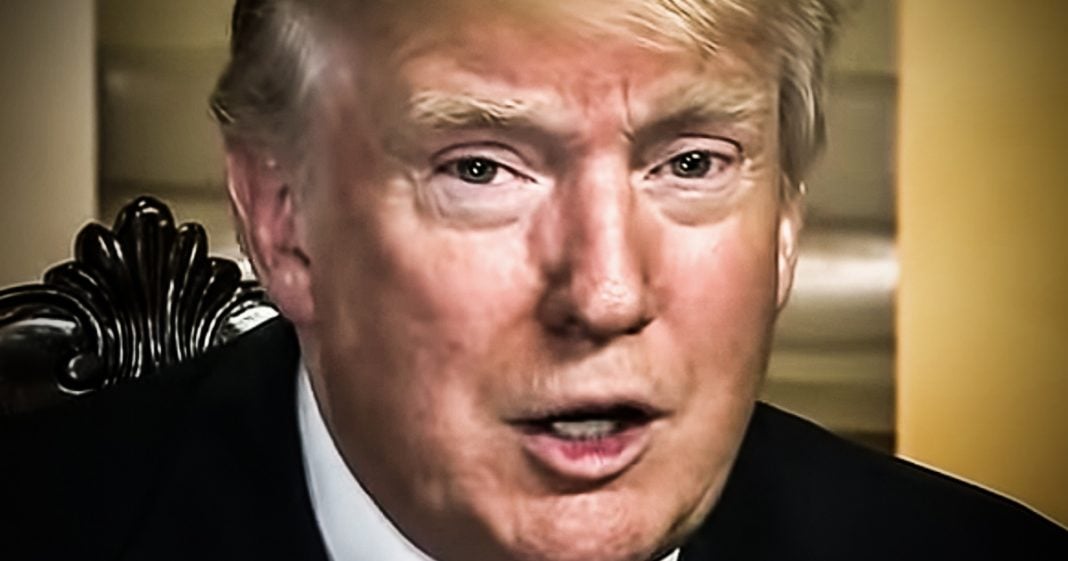 According to a new poll, female voters do not like Donald Trump at all, and more than 60% of them say that they will not be voting for him in 2020. This is bad news for a President who is already facing very low poll numbers and a declining approval in midwestern swing states. The President’s path to victory is becoming more and more narrow, which is why Democrats need to strike while the iron is hot. Ring of Fire’s Farron Cousins discusses this.

The polls recently have not been very kind to Donald Trump. Even though he tweeted out just a few days ago that his approval rating was, you know, better than ever. The hill actually reported that his approval rating was better than ever, even though it was only 48% and that was based on one single pole is real approval rating these days is actually hovering right around 40% according to polling conglomerates. Once you add them all together, polling averages, yeah, you’re at about 40 41% but those are just general. Do you or do you not approve of the job the president is doing? Those don’t necessarily mean much in terms of can he get reelected. I’ll tell you what means a lot in terms of candy. Get reelected are the new poll showing that 62% of women in this country say that they’re not going to vote for Donald Trump in 2020 in fact, only 38% of women in this country say that they would be likely voting for Donald Trump, which is down from the 41% of women he got in the 2016 election. Now, that’s overall women that he got 41% of, he did get a majority of white women in this country, but even they’re turning on him. So I guess the question at this point is, can Donald Trump win in 2020 when he’s alienated, you know, two thirds of an entire gender? The answer is absolutely not. He cannot, especially because his approval rating among men is only at about 50 there’s only about 50% of men in this country who say, yes, I am very likely to vote for him in 2020.

That’s not going to put you over the top bud. It’s certainly not going to win you the popular vote and it’s damn sure not going to win you. The electoral college vote buddy just keeps alienating people. He shone his disdain for women on a daily basis here in the White House on Twitter by attacking women. Any woman who doesn’t like he just labels as nasty, low Iq, you know all kinds of insults. He lobbies at them. That has an impact with women. It should have more of an impact with men, but we’ll get there eventually and as if that wasn’t bad enough for the president, you got to go state by state. The swing states, right? The places that are going to make or break this 2020 election and there are only swing states because of the electoral votes they have there. If we abolish the electoral college, there’d be no such thing as a swing state anymore, but Republicans don’t seem to understand that kind of logic. So we have to look at swing states because we still have an electoral college and unfortunately for Trump he is doing really, really bad in the swing states. I got to read all these poll numbers to you. He’s a a net approval of negative 19 in New Hampshire, negative 13 in Wisconsin, negative 12 in Michigan, negative 12 and Iowa, negative seven in Pennsylvania, negative six in Arizona, negative four in Ohio, negative four in North Carolina, and a net approval of zero in Florida. He has 48% like him. 48% don’t like him. Those are awful numbers. so keep it up, Democrats.

I know you have no say in whether or not people approve or disapprove of Donald Trump or you may think that you have no say in it, but to be honest, you do. Because what’s happening right now, folks, what is happening right now? We have presidential candidates essentially in the battle of actual ideas being led by people like Bernie Sanders and Elizabeth Warren. Love him or hate him. Doesn’t matter. They’re the ones out there putting out detailed policy platforms. There are plenty of others. They’re not getting the coverage. Tulsi Gabbard has some good plans. Uh, Castro has great ones. Yang has some good ones. Hell, even every now and then O’Rourke and Buttigieg, and I can’t even add Biden to that, but occasionally they do come out with a really good policy. They don’t have enough, but they got one or two that are good, but anyway, we’re having the idea, the discussion of policies, you know, how to move this country forward, how to fix the problems that we’re facing, how to do better as a country and the more people see the Democratic candidates talking about ideas instead of bashing one another or bashing Donald Trump, the more that people will gravitate towards that and say, I like the person talking policy versus the person who just called Nancy Pelosi, nasty, vindictive and horrible.

I don’t approve of that man. Donald Trump is who that man is. I approve of this person. I approve of this party because they’re actually offering something tangible that my family or myself needs. That’s how you do it. That’s how you get those approval ratings to keep coming down. You talk about policy, you talk about the failures of Republican policies like the tax cut and the trade wars. Yeah, hit the dinner table topics for these people. The topics that keep them up at night. How am I going to pay for college for my children? How am I going to pay for my prescription medication that keeps me alive next month? What are we going to do about the threat of climate change that’s getting worse by the year?

Those issues keep people awake, and if the Democrats continue to come up with plans and policies and ideas to help people realize that somebody does care about that and they want to work on it, then I can promise you Trump’s approval ratings are going to be hitting all time lows before we hit that 2020 election.