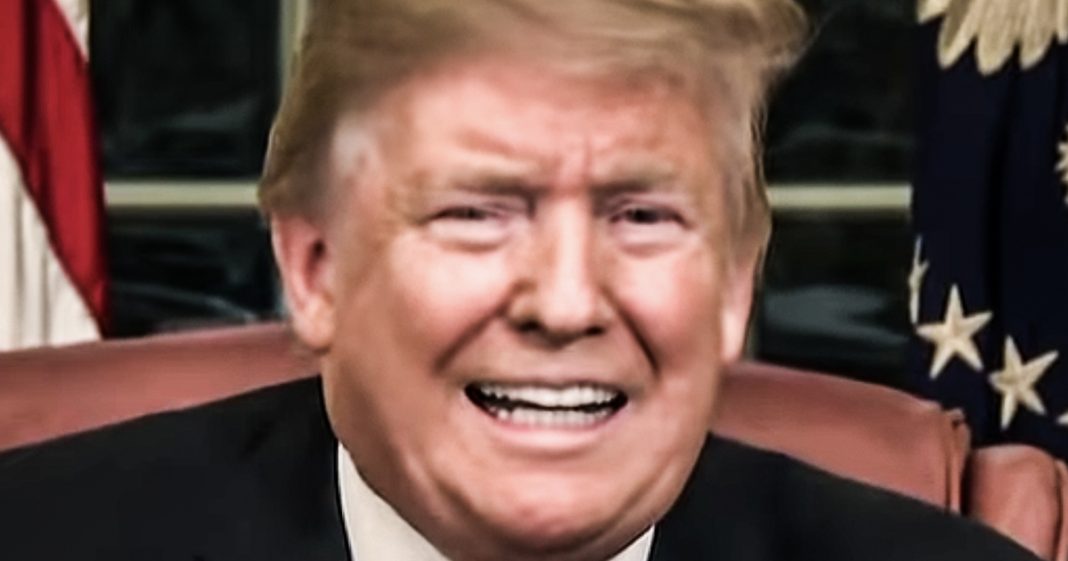 Donald Trump is furious that other countries don’t seem to respect the United States even though we’ve been the “piggy bank” of the world for too long, or so the president claims. The truth is that respect is earned, not given, and Trump has only managed to get respect out of people by having more money than they do. His Twitter tantrums aren’t earning us any admiration from the rest of the world, and we’ll never be respected as long as we keep electing buffoons like Trump. Ring of Fire’s Farron Cousins discusses this.

Donald Trump is not a fool and he demands respect, not just from people here in the United States, from everybody around the globe. Everybody is going to respect this non full, or at least that’s what Trump wants us to think based on something. He tweeted out this past Saturday. Here’s the tweet. He said,

“When you are the piggy bank nation, that foreign countries had been robbing and deceiving for years. The word TARIFF is a beautiful word indeed. Others must treat the United States fairly and with respect, we are no longer the fools of the past.”

Now, it’s important to mention the fact that before Donald Trump sent this tweet out, he had been golfing all morning and then I guess he got done golfing, came back to the White House, pulled out his phone and said, I want respect. The rest of the world’s going to start looking up to me because I’m a good guy, and tariff is a beautiful word. Alright? Alright. Nobody is ever going to respect you, Donald. Let’s get that out of the way right now. Between your tit or a Twitter tantrums between your childish nicknames that you call your opponents. Uh, the 19 plus women who have accused you of sexual misconduct. The words we have heard you say on that Access Hollywood tape. Yeah. Nobody’s ever going to respect you. And by extension they’re not going to respect this country as long as your in the Oval Office. But that’s your fault and that’s your problem. You did that with the help of Republican’s throughout this country and over the last few years. I understand that we’ve discussed it, but nonetheless, Trump is out there demanding that other people respect us. He has falsely stating that we’ve been the piggy bank that everybody is robbing. You know what? Yeah, there’s been bad actors on the international trade stage for quite some time.

Is it actually a problem for us here in the United States? Economists say not at all. Like 0% doesn’t affect anything we do in this country. In fact, most economists will tell you that trade deficits don’t matter one bit because if you’re getting what you need and the other country is getting what they need, but you’ve got to buy more from them than they buy from you. But again, you have everything you need, then there’s no problem. Trade deficits are just numbers on a piece of paper. It doesn’t mean we owe them money. It doesn’t mean we’re getting screwed. It’s like if you have a grocery store deficit because you buy more from the grocery store, then they buy from you. Oh my God. But wait a minute, isn’t that what the grocery stores for? So when you start to look at these other countries out there, not necessarily as foreign power trying to take advantage of you, but hey, this is basically a store, right?

China is essentially a store. They have things that we want to purchase. So we go to this store and we buy them and we bring them home. Likewise, China sees the US as a store because we have things that they want to buy. So they go to our store, they buy their things. And they go home. We buy more from them than they buy from us. What does that matter again? Economists tell us that it doesn’t matter at all. This is something that crazy Donald Trump made up in his brain because his brain doesn’t quite work properly, or at least met a mental health professionals tell us that his brain’s not working properly. When you have economists telling you, dude, you’re screwing things up. When you have mental health professionals telling you, dude, you are screwed up. And when you fail, after two and a half years in the Oval Office to ever crack the 50% mark and your approval rating, so more than half the country is always telling you, dude, you’re screwing up. Then. Yeah, the is not everybody else. Donald, the problem is in fact, you.