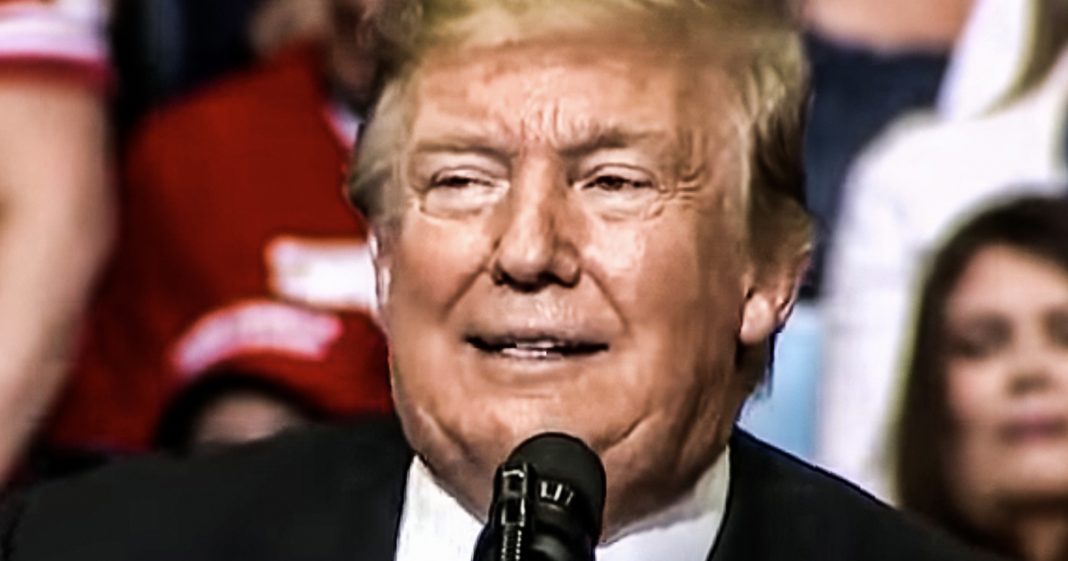 A hardcore Trump supporter from Utah has been arrested for allegedly threatening to kill members of Congress. According to the complaint, the man actually called up one unnamed member of Congress to threaten them personally, saying that he was right behind them and was about to pull the trigger. These are the kinds of people that Trump stirs up and he absolutely knows it. In fact, as Ring of Fire’s Farron Cousins explains, that’s actually Trump’s goal.

Uh, Utah Man by the name of Scott Haven who happens to be a very avid Trump supporter, has been arrested for allegedly for almost three straight years threatening to murder Democrats in Congress because he believes that they are attempting to impede the presidency of Donald Trump. This story which you can find in the link and the description of this video, please go read it and read about the things this man did. Let me give you one quick example. According to the complaint against him, he once phoned up a member of Congress and he told the member of Congress who the Huffington post has identified as a male member of Congress and this man, Scott Haven said, I can see you right now. I have a gun pointed at you. Are you ready? Here it comes. I’m going to pull the trigger.

It turned out to not be true. This man was not actually in the vicinity of this member of Congress, but this is the level of psychosis that we are dealing with amongst some of the president’s supporters. I mean, let’s be honest, actually just a few of the president’s supporters, but they do all seem to have that trait in common. They love Donald Trump. Now, this man allegedly made more than 2000 phone calls to members of Congress, staffers and other Democrats in Washington DC more than 2000 over the span of nearly three years threatening to kill them. At one point, I threatened to cut the heads off to senators in one phone call.

This man is obviously disturbed and unhinged and needs to be spending the rest of his life in prison because he is a threat to everyone that he meets, but he is not alone. Folks, how many more stories of these angry Trump’s supporters wanting to kill Democrats do we have to deal with? How many more times do we have to see these headlines? Yes. It’s fantastic that law enforcement was able to catch this guy before he was able to actually do something, but that didn’t stop him from spending nearly three years forcing members of Congress to live in constant fear. They didn’t know who this guy was. I didn’t know where this guy was. He could have been right behind them with a gun, as he said in that one phone call they didn’t know, but again, the all of these people do seem to have one thing in common and they loved Donald Trump. Donald Trump understands that, and this is the second part of the story.

Donald Trump inspires people to be this way and he does it intentionally. He knows the consequences of the words that he uses, the tone that he uses in the people that he attacks. He knows it is going to get his unhinged base all riled up and the death threats are gonna start coming. We have seen it time and time again throughout this man’s entire administration. We have freshmen members of Congress, including AOC who basically as she described, have to start their day going through all the death threats they get from Republican Trump supporters. We have hit this new level of disgusting, disturbed behavior among Republicans here in the United States in yes. Guess what folks? It is unique to the Republican Party, and I know Republicans want to go to out there and whine and Moan and complain about, Oh, well, what about Antifa?

What about Antifa? A couple of people who like to yell things on the street versus somebody who was threatening to kill members of Congress. Another man who had a, a van covered in Trump stickers ready to kill members of Congress and members of the media, other people overseas inspired by Trump and other rightwing talkers here in the United States. There is no comparison. These people want to kill Democrats, liberals, and anyone else that they see as opposing Trump. And Trump is gonna do everything in his power to go out there and stoke the flames of violence because he thinks it’s going to help him win.