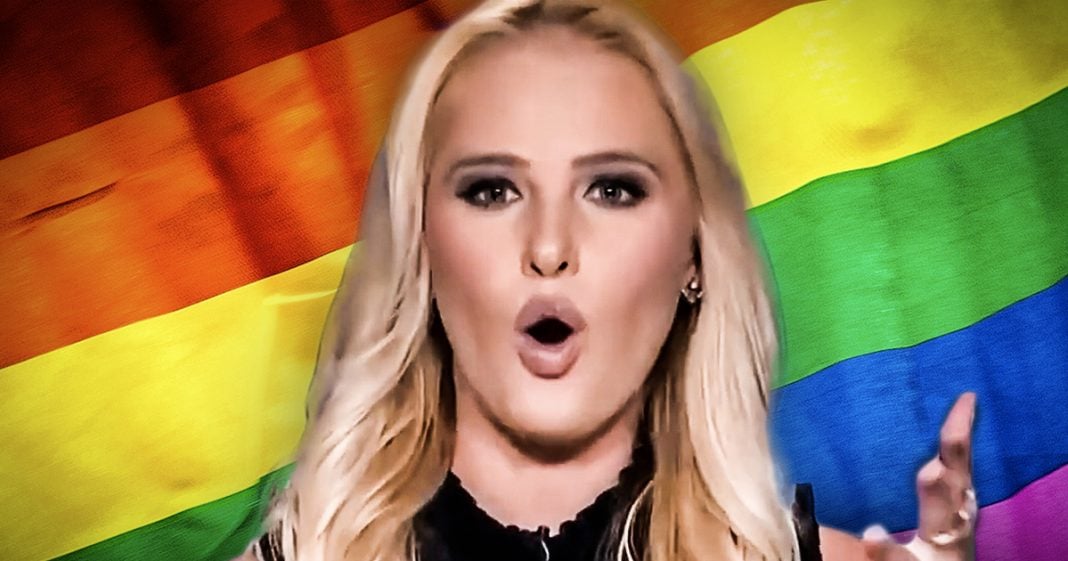 Fox News talking head Tomi Lahren is not happy that people who have been oppressed for decades are allowed to celebrate their lifestyles for an entire month, and she’s wondering why we don’t have a “Straight Pride Month” to go along with LGBTQ Pride Month. This has become a typical talking point amongst right wing know-nothings, and Ring of Fire’s Farron Cousins explains exactly why these celebrations exist.

Earlier this week, Fox News talking head Tomi Lahren lashed out because she is angry that there is not a straight pride month. She’s angry because the city of Boston doesn’t want to have a straight pride parade when we’re in the middle of the LGBTQ pride month. So here’s a few choice, uh, quotes from Miss Tomi Lahren about how angry she is that straight people don’t get to show their pride really ever according to her. First she says, I’m not afraid to say it. I’m straight and proud there. Deal with it. I have no issue with LGBT people being proud of who they are. I could do without seeing men in speedos and Butler’s chaps parading through the streets. So yeah, way to not get a stereotypical, they’re Tomi, sadly, at least in Boston straight people aren’t allowed to parade their heterosexuality for all to see it’s open season on straight white men in this country and y’all aren’t allowed to celebrate your straightness and enough with that crap.

Tomi, me as a straight white man, let me go ahead and lay this out for you. Literally never in my life have I been oppressed for anything. Never. I am a middle class straight white man and I’ve literally never been oppressed. We are not being oppressed now. I have never been shamed over the fact that I am heterosexual. On the other hand, literally every group in this country that is not already a straight white man, middle class or above has been oppressed in some form or fashion throughout this country’s history. Tell me that’s why we have these pride months because it’s a way of showing for the LGBTQ community to come out and say, I am not going to be oppressed anymore. And guess what Tomi, if you think that’s shoving it in your face as so many other conservative commentators have said, then that’s your problem, not theirs.

Cause here’s the thing. Even today in the United States, we have oppression of that particular group. We have a president who just a couple of days ago said, hey, yeah, I had to ban transgender troops because they just take all the drugs. Not True. There’s no statistics to back it up. But there is actually a ban on transgendered people joining the military. Tell me, we had the supreme court say that, hey, it’s cool if you own a business and you don’t want to serve gay people. Totally okay with that. That’s why we have months like this, and that’s why we do not have a straight white male pride month because every month is straight white male pride, pride month because we don’t ever get oppressed, at least not at the time being, but straight white men love to impress everybody else in this country, whether it’s women, whether it’s the LGBTQ community, whether it’s people of Color, immigrants, people that aren’t Christians. Straight. White men are going to oppress them all, and we know that because they’re literally still doing that today.