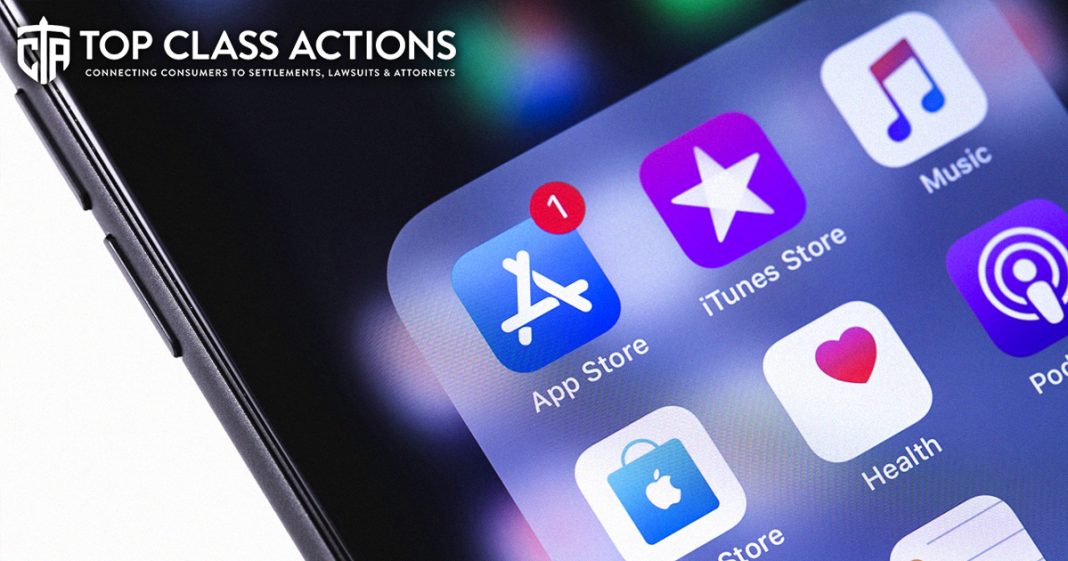 A class action lawsuit claims that Apple sells iTunes purchasing data without consumer consent. Recently, Apple has attempted to reassure its customers about privacy concerns after competitors such as Facebook and Google have faced legal action. Apple has gone as far as placing a large billboard in Las Vegas assuring customers that “what happens on your iPhone, stays on your iPhone.” Ring of Fire’s Farron Cousins discusses this with Scott Hardy from Top Class Actions.

We know that you make in the middle income bracket. You live in this city, in this area of town. And they sell that whole batch of information to different groups for a big profit. Now it’s interesting that in the state of Michigan that the class action is trying to get $5,000 for each class members as, as restitution for selling this personal data,. Rhode Island, $250 per class member, and this will vary by state as we see more class actions, either at the state level or at the federal level join this. Will each person in Michigan who has iTunes get a check for $5,000?

No, don’t start thinking that. Though that would be wonderful for all these Michigan residents. That’s just what they’re, they’re claiming that’s what they’re saying that would be due. If we see this one continue and actually settle out, it will be much, much, much, much less. And I wouldn’t be surprised at all if instead of a cash check that different iTunes customers might get a varying level of credit on their cap, but who knows, maybe we’ll see a nice cash check to claimants that were affected if it actually makes it through the courts. And that’s always a big if when you’re going against a tech giant like Apple.

Farron Cousins:                  And what’s interesting with this one is that, part of this lawsuit says they’re specifically using your iTunes data. So they’re finding out, you know, do you listen to country music? Do you listen to hip hop? Are you more of a rock person? You classic rock? What kind of movies do you watch? Action, romantic comedy, dramas, what is it? And then they’re using that to sell to corporations because I guess that gives companies, whoever’s buying the data really, a better picture of who you are as a person.

It helps them essentially profile you so that they know which advertisers, they, the third parties can then sell your data to. Like, oh you want to promote a, a country music concert coming up. Well I happen to have a list here of 200,000 people in that area who are actually currently listening to country music. Wouldn’t you like to have that list? I that is what’s happening right now and it’s important to point out, I know specifically we’re talking about Apple, but people please understand this is not just Apple, this is all of them, the tech giants.

This is happening across the board, the APP developers, the social media networks. This is what they’re doing with your data. Your name, your address and the things you like, that is incredibly valuable to corporations throughout this country. And that is why these companies are basically doing whatever they want with your data. If somebody’s willing to pay them, we have seen time after time, these corporations are willing to sell it no matter what.

So if you’re watching Youtube on your iPad and you had just hit a China website to travel channel website on your computer and the advertising’s blocked, well that marketer knows where you are based on the IP of your, the Internet address of your modem itself. And now you’re on your iPad and boop, there’s a travel to China ad. So they’re really working their tails off to figure out better ways to target you with information they think that you will click and buy.

And even though you can have all the greatest pop up blockers in the world, they’re still getting that data. And when you’ve got people like Apple that are selling this data illegal or not, it’s getting out there and you need to be aware of it.

Farron Cousins:                  Absolutely. If anyone out there watching this video uses iTunes, which I’m gonna probably go ahead and assume is at least 99% of you, maybe even more than that, but nonetheless, if you use iTunes, if you use Apple products, phone, computer, whatever it is, please follow the link in the description of this video. This is a big one. This could be an even bigger one. So if you think this has happened to you, or even if you use these products, again, follow that link. Arm Yourself with this knowledge, stay informed. And the best way to do that is to sign up for the top class actions weekly newsletter. Get all of this delivered directly into your inbox. I promise you it’ll be worth it. Scott Hardy, Top Class Actions. Thank you very much for talking to me.