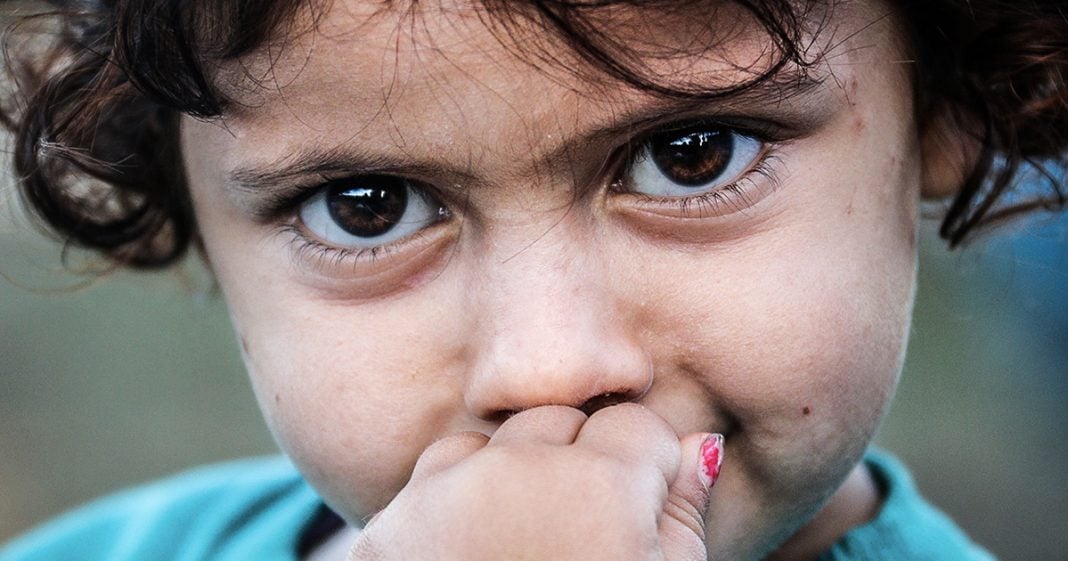 Just when you thought that the Trump administration couldn’t get any more disgusting, they’ve now decided that they aren’t going to pay for legal services for unaccompanied minors being held in detention centers in this country. These migrant children are still protected by the US Constitution, even if they are not citizens, and therefore they have a right to these legal services that Trump is denying them. Ring of Fire’s Farron Cousins explains why this move is completely illegal.

You know, just when you thought that the Trump administration could not get any more heartless or disgusting with their treatment of immigrants along our southern border, those housed in those detention facilities, um, that go ahead and make things so much worse for these people. Specifically for the unaccompanied minors that they have locked up in these detention facilities. The Trump administration announced this week, they’re there effectively and immediately cutting off all legal aid services to these children who they have locked away whose only crime. A misdemeanor, by the way, was crossing the u s border, not at a port of entry. That’s a misdemeanor. They’ve been locked up, some of them for well over a month. The average stay time is about 48 days and now the Trump administration says, guess what? We’re not going to foot the bills for your legal fees anymore. We’re not going to give you access to information to help win an asylum case or to help seek citizenship.

We’re done. We’re cutting you off. And Ladies and gentlemen, that is 100% unconstitutional because these children are locked up awaiting court cases for allegedly, again, breaking the crime of crossing the border illegally, which is a crime here in the United States, so they’re being prosecuted under US law and anyone being prosecuted under us. Law is protected by the US Constitution and the US Constitution says you have a right to legal representation and the Trump administration is taking that away from these children. They’re violating the constitution here. Now there’s another side of this story and this is the side of the story that for some reason everybody wants to focus on because they’re not just cutting the legal services for these children. They’re also cutting the school services and the extracurricular activities that these kids have every single day. Because here’s the thing, while these kids are locked up there, they were still giving them classes, basically making it like a prison school almost.

So they would have their classes, they would have English classes, they would have, you know, extracurricular activities. Soccer is the big one everybody’s talking about right now. While they’re cutting it. Everybody’s freaking out about that because yes, look, those things are important for children. Education obviously one of the most important things on the planet for children and that is disgusting, but I’m less concerned about the extracurricular activities than I am about the fact that this president and his administration are once again crapping all over the u s constitution. To me, I think that’s a bit of a bigger deal by stripping them of legal aid that is unconstitutional and it’s not going to stand up in any court of law. As for the other part, you know, cutting the, the education and the extracurricular activities. There was actually a court ruling back in I think 1997 that said, you have to provide those things.

So yes, that one’s also going to get overturned. These kids will eventually get taken care of, but unfortunately it’s going to take the time and resources for lawyers to fight these cases. They know they’re going to win. The Trump administration knows they’re going to lose, but it’s going to drain these organizations of resources and it’s going to give them a little bit of a reprieve because they claim they’re just running out of money because we got so many kids locked away. There’s just so many kids we’ve had over 40,000 just this year and they don’t want to pay for it anymore. They would rather put that money towards, you know, building more detention facilities so we can, we can house more on accompanied minors, you know, maybe get some bigger child cages so you can throw a few more in there. That’s what they want to be spending the money on. But here’s the thing, if you want to lock these kids in a jail, then you also are admitting by doing that, that they are also protected by the United States constitution. And because of that, you can not deny them the right to legal aid and representation. Every court in this country, no matter how right wing the judges may be, we’ll understand that that is unconstitutional. But doing something unconstitutional thus far in his administration has not ever proven to be something that will stop Donald Trump.