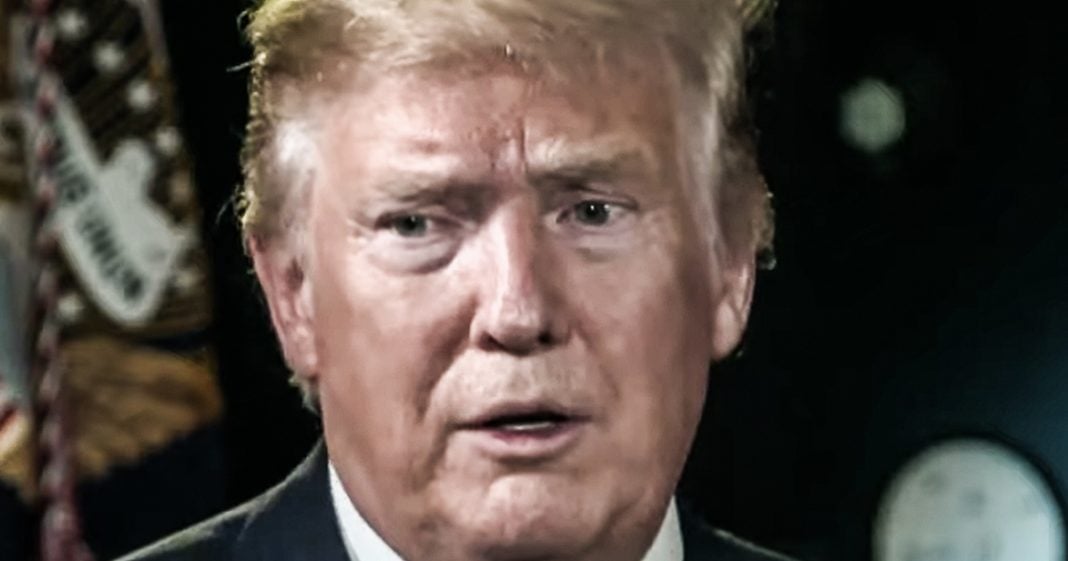 Donald Trump put his stupidity on full display this past week during his trip to London where he was allowed to mingle with members of the British royal family. The President appeared almost cartoonish in his tuxedo, lied about protestors, and mocked the mayor of London with untrue statements. But it was his disagreement with Prince Charles on climate change that stands out as one of the most embarrassing moments of the trip, as Ring of Fire’s Farron Cousins explains.

Farron Cousins:                   So Donald Trump has returned from his trip over to the UK. In fact, it’s actually been back for about a day and a half at this point. However, I think it’s important to remember the fact that during this entire trip, Donald Trump was an absolute embarrassment to us here in the United States for multiple reasons. I mean, obviously first and foremost, we had the picture of him standing in that Tuxedo looking like bugs bunny about to conduct an opera. Then of course, we had him lying about all the protesters, and let’s not forget the fact that he actually began the trip by maliciously attacking the mayor of London. But all of that to me, maybe with the exception of the attacks on the London mayor pale in comparison to what he said to piers Morgan about climate change. See, here’s what happened. Donald Trump apparently had a meeting with Prince Charles. The meeting was supposed to last 15 minutes.

Instead, it went on for 90 minutes, and during the meeting, Prince Charles was trying to educate Donald Trump about the dangers of climate change, the threats that it poses to the entire world. And Donald Trump wasn’t having any of it, didn’t want to hear it, didn’t want to be there, showed the British royal family that he, the leader of the United States is an absolute moron and doesn’t care about the biggest threat to the planet. So he told Piers Morgan, his good buddy on good morning Britain on Wednesday. What happened at the meeting? Here’s some quotes he said,

Donald Trump:                    “He is really into climate change and I think that’s great. What he really wants and what he really feels warmly about is the future. He wants to make sure future generations have climate that is good climate as opposed to a disaster. And I agree.”

Farron Cousins:                        Okay. So you’re sitting here saying like, man, this guy cares about the future. Wow. He just wants people to have a good environment and I totally agree with that. And then Donald Trump added this. He said,

Farron Cousins:                   Keep in mind, I did not just stumble while reading that those were the actual words in the actual order that Donald Trump said them in this interview. But let’s get one thing straight. Uh, the United States does not have anywhere near the cleanest air or the cleanest water or the cleanest soil for that matter. In fact, our emissions are pollution since this man has become president are actually going up. You know, fine particulate matter in our atmosphere, in our air, the air that we breathe every day has gotten worse. One third of Americans are now drinking contaminated tap water on a daily basis. A third of us in this country, 110 million, and that number’s going up. More than 2000 water districts in this country have levels of lead in their water. That’s actually worse than what was in Flint, Michigan. So no, we do not have the crystal clean, clear water that Donald Trump told piers Morgan we have.He went on, folks, that’s not the end of it. He said,

Farron Cousins:                        So according to Donald Trump, who’s not gonna name cities, but he can, the air is so bad you can’t breathe and the air goes up. He says the air goes up. Okay. So this child man seems to understand how greenhouse gasses work. And in fact, yes, there are areas of the planet where the air pollution is so bad. You’re advised not to breathe outside without a mask that’s not untrue. But to say you can’t breathe would imply that you walk outside and immediately suffocate. That’s not what happens. You just breathe in all these particulates that basically go in your body and destroy it. But nonetheless, this man is absolutely lying through his teeth about climate change. And I haven’t even gotten to the biggest lie yet. Here it is.

Donald Trump:                    “I believe there’s a change in weather. And I think it changes both ways. Don’t forget, it used to be called global warming. That wasn’t working then. It was called climate change. Now it’s actually called extreme weather because with extreme weather you can’t miss.”

Farron Cousins:                        Yes, he is actually technically accurate here because the weather does change both ways. Right now in the United States it’s summertime, so it’s hot. That’s the weather in the winter. In some areas of the country it will get cold and it will snow. So that is another change in the weather as Donald Trump correctly pointed out. But climate change is not weather change and that’s the big difference.

That’s what sets Donald Trump apart from the scientist who actually understand what they’re talking about. Climate is not weather. Weather is what happens to be happening on any particular day in any particular moment on any particular area of the planet. That is weather trends over time. What happens to entire ecosystems that is climate and Donald Trump doesn’t seem to understand the difference. So on his final day of this UK visit, that was an embarrassment from the start. Donald Trump gave the most embarrassing interview that we have seen from him thus far in his tenure as president because he doesn’t understand basic science, and that was broadcast for the entire world to see just how dumb our president really is.