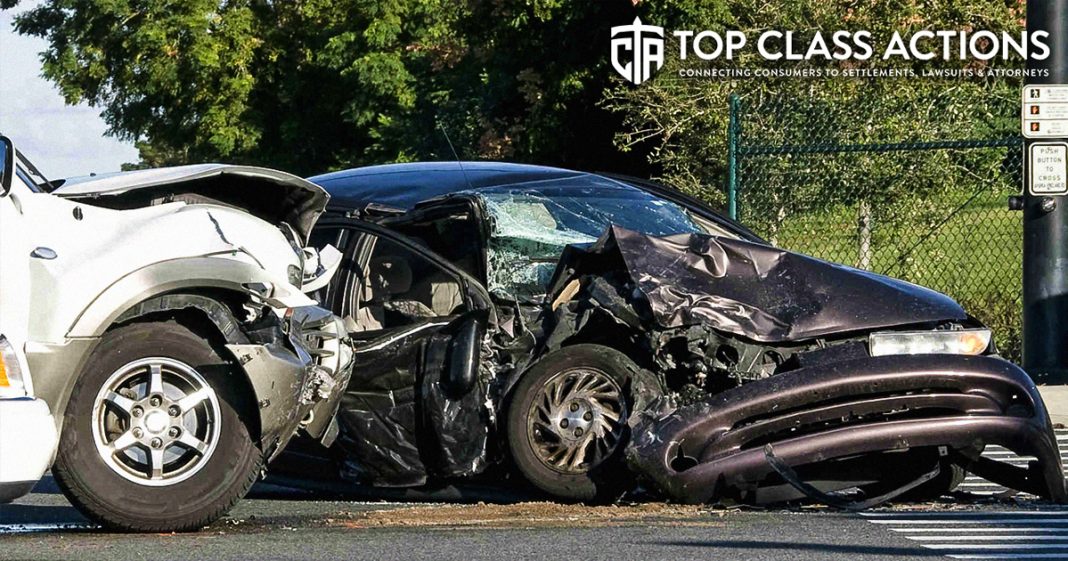 Insurance companies may not be reimbursing their policyholders for the full value of their total loss vehicle, according to recent consumer allegations. Total loss class action lawsuits filed against insurance providers claim that the companies violate their own contracts by failing to reimburse policyholders for sales tax, title transfer fees, tag transfer fees, and more after a total loss car accident. Consumers taking action against insurance companies argue that they are owed hundreds to thousands of dollars. Ring of Fire’s Farron Cousins discusses this with Scott Hardy from Top Class Actions.

Farron Cousins:                  Most people who have ever had to make any kind of car insurance claim understand that it’s not exactly the most pleasant experience out there, but depending on your company, usually the smaller fender benders, dings, scratches, whatever it is, those get resolved pretty quick. No problem. You’re on your way. But for the bigger issues, say for example, a total loss of the vehicle, that’s where things get a little bit more tricky.

Anytime these car insurance companies have to pay out more money, they’re always going to fight to pay you just a little bit less than what you think and what you signed in the contract to be owed. Joining me now to talk about this is Scott Hardy from Top Class Actions. Scott, this is an issue here, the total loss of a vehicle hits a little close to home to me. About 13 years ago, I had a vehicle that was involved in a flood.

Actually, the apartment I was living in, the parking lot flooded over. My car was completely underwater. They claimed it a total loss. They give me the check. I still owed about $2,000 on the vehicle even though I had the gap insurance on it. So yeah, I’m a little bitter about that still and I’m always probably going to hold a little bit of bitterness.

But for other folks with better insurance companies than apparently what I had at the time, they’re finding that they’re also getting screwed out of money, that their contract that they signed with the company says that they’re owed. Tell us about this.

Scott Hardy:                          Sure. So this investigation is targeting consumers that, as you mentioned, had a total loss of their car or motorcycle and they said, yes, this is your, your vehicles totaled. This has to have happened in the last five years by the way. But they didn’t actually pay for things like sales tax or registration. And of course if you’re buying a new vehicle then you’re going to get charged that. When you bought that car or motorcycle, especially if you bought it new, you were charged sales tax.

If you bought it from a dealer, you were charged sales tax. So that can amount to thousands of dollars that you weren’t reimbursed when your car was totaled. And if this happened, the attorneys want to speak with you, but it had to have happened in the last five years. And we’re seeing a, a good number of submissions from viewers that are stating, yeah, this happened to me. And these, these aren’t huge dollar amounts.

You know, you’re not going after trying to get 10 grand typically, but people are seeing, yes, like I got lost $500, $750, $1,050 hundred dollars once they’re taking a look at the numbers. And that’s what the attorneys are trying to get back for these folks is, is if you were charged that sales tax, then you should get paid back.

Farron Cousins:                  Right and that makes perfect sense considering the fact that obviously that’s money that had been put into the purchase of the vehicle. It’s money that you, you know, will have to spend again, obviously now to purchase a new car. You should be entitled to it back in and according to this investigation that Top Class Actions has, has published here. You know, the, the people looking into this or are you specifically have some complaints against Geico because they say that Geico says we’re going to, we’re going to take care of you, we’re going to cover that stuff. But some of the people that have been talked to said no, Geico did not. They were supposed to but they did not.

Scott Hardy:                          Right. You know, we’re seeing that this was a practice that may very well have been nationwide and from what we’re seeing, some insurance companies have remedied it and are taking care of sales tax. But there are a lot of others that may not, and Geico may have already fixed this. So if this just happened to you, you just totaled your car, you’ve got it taken back, they might’ve already fixed it. But if it happened to you two or three years ago, that might not be the case. And so you’d want to take a look at your records and that’s what the attorneys can help you with.

Is they can just say, all right, when was, when was your car or motorcycle totaled? What were you paid? What? Let’s take a look at the paperwork on it and yes, you qualify or no you don’t. They’ll handle that part for you to figure out if you qualify for it because they’re not going to waste their time if you don’t. Right? But if you do qualify, then you know you might be able to get a significant check back in the mail.

Farron Cousins:                  And, and here’s something that I recommend to people because it was recommended to me and I promise you it seems silly, but it truly is a life changing little bit of Info here and I’m going to give it to people right now. Talk to a lawyer about what kind of car insurance you need, what kind of coverage you should have. You know, don’t have to set up an appointment. If you know an attorney, if you have a friend of a friend that’s an attorney, just say, hey, real quick, I was thinking about redoing my car insurance here. What do you recommend?

That by far is one of the smartest things you as a consumer can do regarding any issue in this country. I did it a few years ago. Found out the coverage I had was all wrong. It wasn’t going to cover me for certain situations. You know, and you just make those small tweaks. But, but seriously, these people that have to deal with these car insurance every day’s a lot of, attorneys out there obviously with auto accident cases. They know and they’re more than happy to give you that information about what kind of car insurance you need and hopefully as well can help you in situations like what this investigation is currently looking into.

Making sure that you’re covered in the event of a total loss. In the event, you know, you, you still have a loan on the car but it’s a total loss. And now, oh goodness, you didn’t have the gap insurance or you didn’t have enough gap insurance because apparently there’s different levels of that now. But nonetheless, talk to an attorney if you can, to help, you know, with your car insurance issues, it takes three or four minutes. They will be more than happy to tell you everything.

And for more information about this particular investigation, follow the link in the description of this video. Head on over to Top Class Actions, and while you’re there, sign up for their weekly newsletter. It is the best resource available for American consumers to arm themselves with the things they need to know about what corporations are actually doing in this country. Scott Hardy, Top Class Actions. Thank you very much for talking to me today.