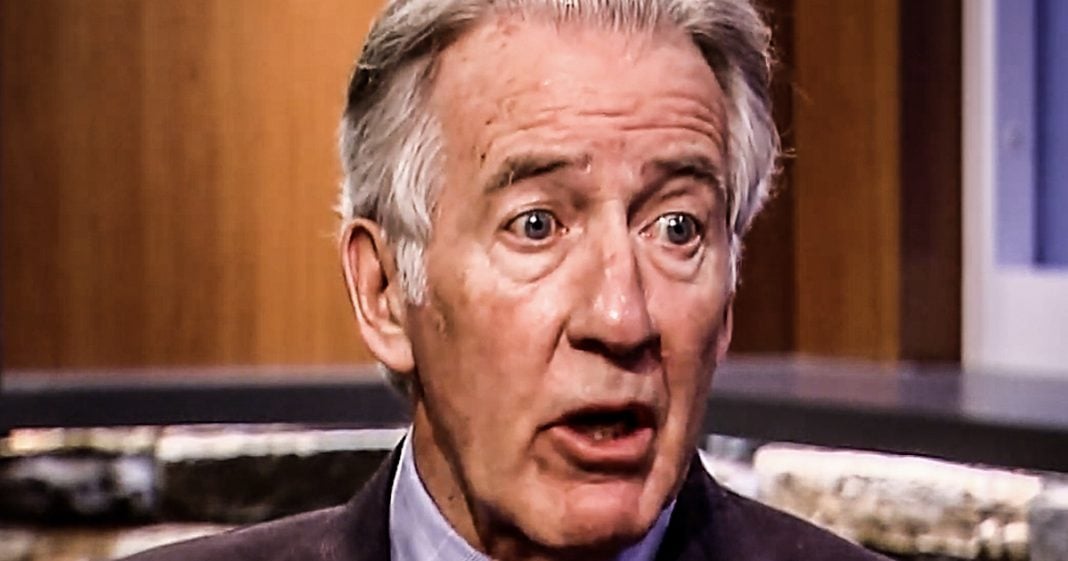 Democrats on the House Ways and Means Committee have said “thanks, but no thanks” to an offer of Donald Trump’s state tax returns from New York. They claim that taking these state returns is going to make it more difficult to get their hands on his federal tax returns, which is a cowardly way to put it. Trump’s businesses are based out of New York, as are the banks that he has been taking money from, so there’s no reason not to start there. Ring of Fire’s Farron Cousins discusses this.

Law makers in the state of view. New York have a pass legislation that would basically allow them to hand over Donald Trump’s state tax returns to any investigative body, which includes Congress. They’re just waiting on governor Andrew Cuomo to sign it into law and then Bam. As soon as that happens, congressional Democrats can get their hands on Donald Trump’s taxes, at least the taxes from New York. They several of the fact that Richard Neal, the Democratic chairman of the House Ways and means committee has already told New York law makers, thanks, but no thanks. Not really interested in Donald Trump’s tax returns anymore.

What? Really? Really chairman Neil, this is what you’re going to go with now? You’ve been fighting Steven Mnuchin for for months now. You’ve sent three separate requests telling him you want Donald Trump’s federal tax returns. Lawmakers in New York have come up to you and said, hey, I know it’s not the federal tax returns, but his businesses are based out of New York. This is his headquarters. These are where all of the banks are located that he’s allegedly committed bank fraud with. Wouldn’t you like at least these state tax returns? And Neil says, no, I want all of them. I’m not going to settle for state tax returns. And his logic in declining these state tax refer a returns is absolutely absurd. He says that if we take the state tax returns, that’s going to hinder our ability to get our hands on the federal returns.

It has nothing to do with your ability to get those federal returns. It will not impact it one way or the other. Those two are not related in any way. Not to mention the fact that if Donald Trump did commit the bank fraud that Michael Cohen says he did, that the banks say he did. Why not just take the state tax returns? Because those, those would show the same thing. Those would show that you could just do that and then if you find something suspicious that actually gives you more clearance to get your hands on the federal tax returns, you start at the baby step and then you work your way up. You don’t automatically try to jump to the top for when you’re dealing with an administration that you know is going to obstruct you every step of the way. That’s how this works. Chairman Neil, I thought somebody in your position would understand that and know that these law makers in New York, we’re actually trying to help.

Trying to get to a point to say, listen, may not be what you want, but it’s probably got some things you want to see in it, but instead just like Trump himself because it’s not exactly what you wanted. You’re turning around and saying, no, I want all of it. I don’t want some of it. This is insane, folks. And this is why Democrats are really not ever going to do anything about Donald Trump. We need to go ahead and get that out of our heads right now. We have to stop sinking that the Democrats who are actually in power in DC, the ones who control whether or not we can go after Trump, they’re not going to do it. You know, it’s not like we have a bunch of Ted Lieus Ro Khanas or AOCs, or Tlaibs sitting in positions of power to make these things happen.

Unfortunately, they’re not the chair people of these committees that can get their hands on these documents. If they were, we’d be to having a different conversation right now. But unfortunately, leadership positions tend to go to the mealy mouth, wishy washy, kind of centrist, corporatist. I don’t want to make waves type Democrats, and that’s why we’re having this conversation today. Chairman Neil is absolutely lying about the reason he doesn’t want to take those New York state tax returns. That is not true. If you were really serious about holding this president accountable and checking his bank records for any crimes that you may think he may have committed, the first place to start isn’t the federal tax returns. It’s those in New York where most of his businesses have their headquarters.