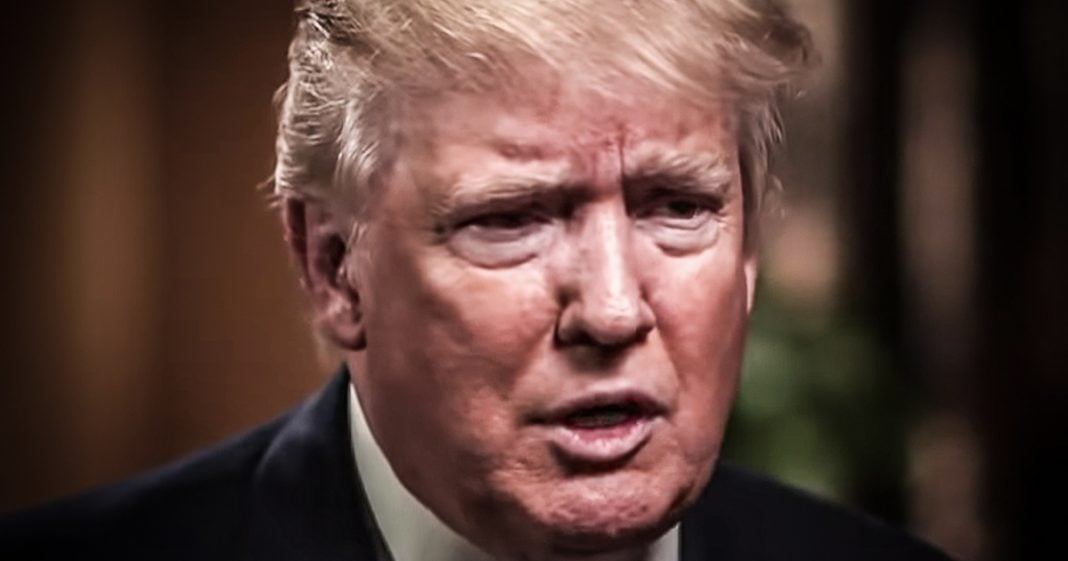 Senate Republicans held a private lunch with Donald Trump on Tuesday to let him know that they are not happy with his idea to put tariffs on goods from Mexico, and that they are going to do everything in their power to stop these tariffs from becoming a reality. And while it would take 20 Republicans to break ranks and join with every single Democrat in order to block the tariffs, it is certainly refreshing to FINALLY hear Republicans tell the President “No.” Ring of Fire’s Farron Cousins discusses this.

Ladies and gentlemen, there is a storm brewing in Washington DC and it is a storm that is pretty much isolated to just the Senate building. And here’s what that storm entails. Here’s the origin of this massive storm on Tuesday, Senate Republicans met for a private lunch with Donald Trump and during this private lunch they told him, we don’t support the tariffs that you want to put in place on goods coming from Mexico. We don’t support it. And if we get the numbers, we’re going to veto it and we want you to just not do this plan so that we don’t even have to go to those links to make sure this never becomes a reality here in the United States. So this storm that I’m talking about brewing inside of the Senate is actually going to be Donald Trump raining holy hell down upon those Senate Republicans who dare oppose him.

But here’s the thing, I actually like this. I am. I am beyond thrilled that these disgusting Sycophantic Republicans were able to suck it up for a few minutes to tell Donald Trump, hey, you may have finally gone a little bit too far and we’re not behind you on this, and if we have to, we’re going to stop you. Here’s the thing, may be maybe there’s a small chance that Donald Trump will, for the first time in his life, say, okay, I was wrong. I’m not going to do this. And he’s going to come out and say, okay, Mexico’s agreed to, you know, do some kind of deal with this. So no terrorists, no way. We don’t have to worry. I one day lost no tariffs. Um, the chances of that I would give below 1%. What’s more likely to happen is that Donald Trump’s going to get pissed off because Republicans told him no, and he’s going to want to do it even more.

Hell, because they told him not to do it. He’s more likely to go ahead and just up the number from five, 10, 20% all the way up to 30% just to piss them off. Because that’s the kind of child that he is. You know? It’s like when you tell your kid to stop making a noise and then they just keep making the noise because they know it annoys you. Or is that just my kids? Wow. Okay. Sorry. But nonetheless, that’s what Donald Trump is doing right now that they’re saying Trump. Can you, can you stop doing that for a minute? And I’m trying to have a a word here. We’re trying to have a grownup conversation. Trump’s not the kind of kid to walk away and be like, oh, okay, I’m so sorry I did. I didn’t know he’s going to get pissy. He’s going to whine and cry.

He’s going to tweet about it. He’s going to talk about how horrible and unfair these Senate Republicans are to him now. And he’s going to double down on the tariffs and then it’s going to be up to Republicans to find at least 20 among their ranks willing to go vote with the 47 Democrats, assuming they can even get all 47 Democrats. If not, they’re going to have to pull in a few more Republicans. And then they’re going to have to veto Donald Trump’s tariffs because they gotta have two thirds, 67 members. That is a Herculean feat, but it’s not something that’s out of the realm of possibility. Because as Cody Fenwick actually pointed out at alternate, uh, they did manage to get 12 republicans to not side with the president on his emergency declaration about the southern border. But a fight is coming, and I’m going to say something that I don’t know that I’ve ever seen in my entire life, but for the love of God, Republicans hold your ground, hold your ground. These tariffs are going to be a disaster for the United States. We, the consumers are going to be the ones who pay them, not Mexico. They’re going to retaliate against us with tariffs on our goods that go down to their country. We will get screwed. So please, Republicans, for the first times in your life, show a little courage. Show a little backbone, and do not back down on this issue. This entire economy depends on you standing up to that Moron sitting in the Oval Office.