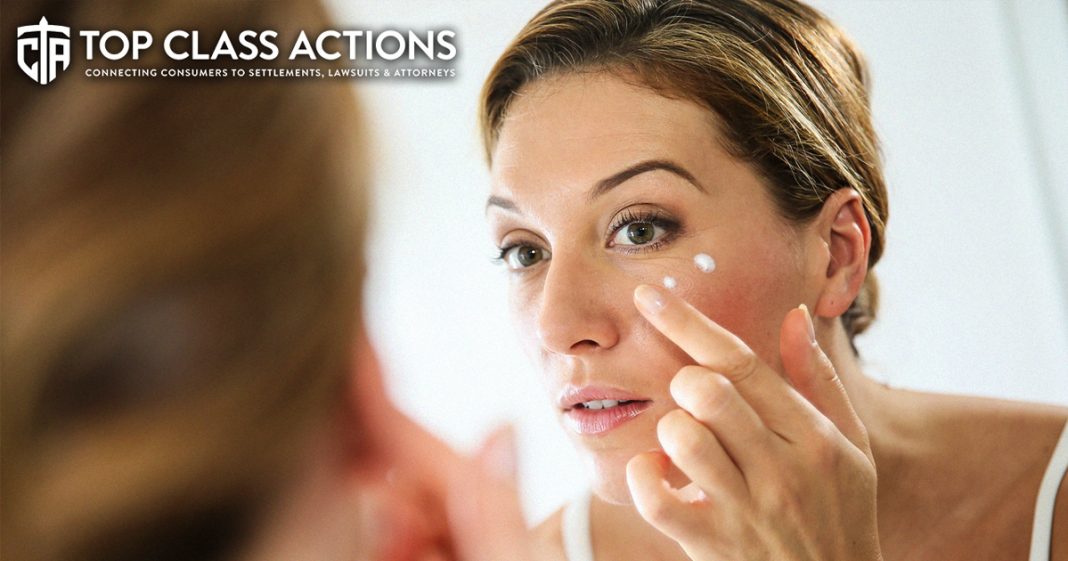 Nivea’s maker must face a class action lawsuit over claims that one of its skin firming lotions is a drug and therefore requires government approval that it does not have. According to a California federal judge, the customer who filed the case presented information that is plausible enough for the Nivea class action lawsuit to proceed in court. Ring of Fire’s Farron Cousins discusses this with Scott Hardy from Top Class Actions.

Farron Cousins:                  There is a very interesting lawsuit taking place right now in the court system that involves Nivea’s skin firming lotion. And the reason this lawsuit is so interesting is because it’s not necessarily about, is this product doing what it’s supposed to do? The lawsuit is actually about should the government have to approve this because it contains some type of medicine.

Joining me now to talk about this as Scott Hardy from Top Class Actions. So Scott, obviously any product that is sold as a medicine, whether it’s prescription or over the counter, has to go through a government approval and testing process. Now the lines get a little blurred when we’re talking about these skincare products. After all, they do make a lot of lofty promises. You know, maybe this skincare product is going to cure your acne. Maybe this one’s going to get rid of wrinkles.

You know, maybe this one’s going to get rid of your rash, whatever it is. Those seem like medical claims. And that’s actually what the plaintiffs in this case have argued and a judge recently said that this case can move forward. It met the bar of plausibility that Nivea should have to get these approved. So, so explain this a little bit. This, this is really interesting.

So yes, this qualifies. But it all amounts to a lot of the claims that are being made by Nivea regarding their skin firming lotion. Now Nivea is saying, hey, we’re just advertising this as a hydrating lotion. We don’t need to have any kind of FDA clearance to do this. But the plaintiffs are stating the advertising surrounding the skin forming lotion, make sit seem like a medicine makes it seem like, you know, something that, that should be cleared by the FDA.

Farron Cousins:                  You know, I’m sure everybody has walked through a, a drug store or you know, maybe the medicine section of your grocery store and you do see, like I said, there really is a little bit of a blurred line. Because you’ve got your ointments and your creams that are medically approved, you know, your, your antibacterial creams that you would put on a cut and then almost right next to it, that’s when the lotion start and that’s where you start getting into the gray area.

Because a lot of times they do claim to do the same thing that these actual medicines claim to do, yet they don’t have to back it up. They don’t have to go through the federal government and be tested. You know, Nivea didn’t submit all of this testing to the FDA showing that, you know, 98% of people who use this, their skin was so firm, we can hit it with a hammer and they wouldn’t even notice. No, they didn’t have to do that. And to be honest, they should.

If you’re going to make a claim that you have any kind of medicinal value, you know, whether it’s a lotion or a supplement, whatever it is, we need to have the federal government say, okay, come prove it to us. You know, that’s smart regulation, that is how we prevent consumers from getting duped by all these, you know, fly by night snake oils that seem to be coming out at an alarming rate today.

You’ve got to buy the good stuff if you really want healthy skin. And to me that, that phrase right there, healthy skin, you hear it all the time in their advertisements. So obviously their marketing this for its health benefits. To me, that little phrase right there, I think these lawyers need to go in there and mention that or maybe even show one of those ads in court and I think that’s a slam dunk at that point. You’re, you’re marketing it based on health, then you need to go through the same standards that everybody else does.

Scott Hardy:                          Right. We’ll have to see if this one gets settled out because of this claim. You know Nivea isn’t just sitting there saying, hey, we’re gonna modify the box. I mean they’ve got some, some real big issues if they are found in violation of this. So I think they’re going to, you know, both the plaintiffs are going to have to continue to have an uphill battle in trying to get this to settle out because Nivea of course, even if it settles, they’re not going to admit any guilt or, or, or wrongdoing.

But they don’t want to appear to be in the wrong in any way, shape or form in front of the FDA, which means they’re going to fight twice as hard as he typically would against some kind of typical labeling class action in my opinion. But you know, we’ll see this has been going on since 2014 and some of these class actions could go on for another four or five years. We just don’t know.

Farron Cousins:                  And that’s why this one to me is so important because this wouldn’t just be, you know, Nivea having to say, oh shucks, we swindled you, we’re going to fix it. That’s not what this is about. This is about possibly changing the way that entire industry operates and markets itself. This could be big, big if in fact Nivea decides not to settle, rides it all the way through the courts and then loses. I mean, we’re talking about industry wide changes within this, you know, skincare therapy industry and personally I would love to see those changes happen.

For more information on this, you can follow the link in the description of this video. Head on over to topclassactions.com and while you’re there, sign up for the weekly newsletter and it has all of the information consumers need to arm themselves with to protect themselves from some of the worst scams from corporate America. Scott Hardy, Top Class Actions. Thank you very much for talking with me.