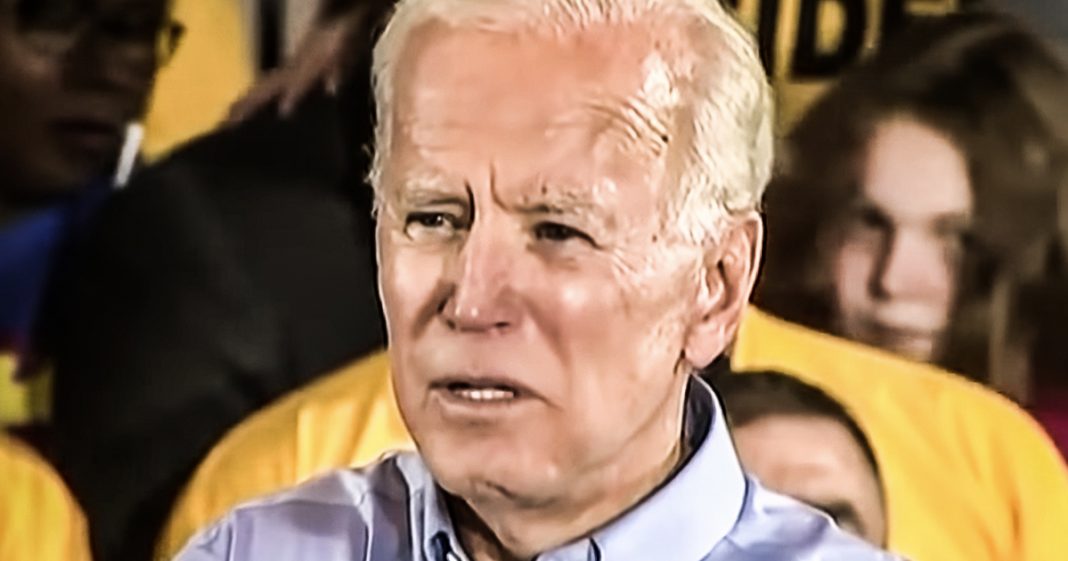 Democratic frontrunner Joe Biden has a very real problem with plagiarizing other people. In fact, it was an instance of plagiarism that helped derail his very first presidential campaign. Today, he’s not stealing from other politicians, he’s directly copying and pasting excerpts from environmental groups in order to pass off their ideas as HIS climate plan. This isn’t a good look, and voters need to be aware that this level of dishonesty is definitely a warning sign. Ring of Fire’s Farron Cousins discusses the implications.

Well, Joe Biden, the man who is currently the front runner in the Democratic Race for president, finally released his climate change plan on Tuesday of this week. And unfortunately Joe Biden has fallen back into his old habits, the old habits that essentially helped to derail his 1988 presidential campaign. And that is plagiarism because apparently Joe Biden and his team plagiarized the man’s own climate plan. Here’s what they did. They went around to letters that environmental groups had sent to Congress. They went to environmental organizations, websites, saw their plans and things that the country needs to do in order to, you know, save the planet. And Joe Biden and his team thought, hey, that’s great. Can you just copy and paste that into our own document? And we just call it a day. And that’s my plan. Great. And that’s what they did and now they’ve been caught doing it. So Joe Biden says, Hey, whoa, whoa, whoa.

None of this was intentional ride. It was totally an accident. You know, we were just trying to get things done and we’ll add the citations back into our little 22 page plans. I don’t worry about it, but here’s the thing, Joe. This is now officially a pattern of behavior. This now fits into the category of who you are as a person because you did it in 1988 you plagiarized a speech from a UK politician running against Margaret Thatcher and in that speech he said you were the first member of your family to graduate from college and you said that because that’s what the UK politicians said only it turns out a lot of people in your family had already graduated from college. You basically took another person’s life story and tried to sell it as your own and then once you got busted for that you, you kind of went away and you dropped out of the race and that was 31 years ago and here you are today doing the exact same thing.

This tells us, first of all, as I just pointed out, that this is clearly who you are as a person and two, it tells us that you’re not taking the issue of climate change seriously whatsoever. And that’s actually the more disappointing part here because if you had a plan, if you had an idea in your head, you to put it on paper but you didn’t, but you understand that the public wants to see a plan because on the same day you plagiarized from everybody else. Elizabeth Warren unveiled probably the most ambitious plan put forth by a presidential candidate ever and it happened to be about climate change. So you said, aw crap, is that due today? Uh, can I, can I copy of somebody else? And that’s what you did. You didn’t put any thought into it. You didn’t have enough concern to say, know what? Before we rush this out and take other people’s work, how about we sit down and talk about the problem and come up with solutions and act like we care for one second.

But Joe Biden wasn’t even able to do that. Joe Biden’s a nonstarter, right? I know he’s at the top of the pack, but he’s lost seven points in just the last few weeks since he announced his numbers are falling. Other people are rising and the other people who are arising are doing so because they have plans and they’re not stealing their plans from everybody else who’s ever talked about the issue. Joe Biden is a phony in his nonstop instances of plagiarism, prove that he doesn’t have any ideas. He doesn’t have anything to say, but I think American voters need to say to him, Joe, you’ve been running for president for 31 years. Now it’s time to hang it up, pack it up, and go and retire and possibly take up knitting or whatever the hell it is you want to do. That doesn’t involve you being in politics ever again.