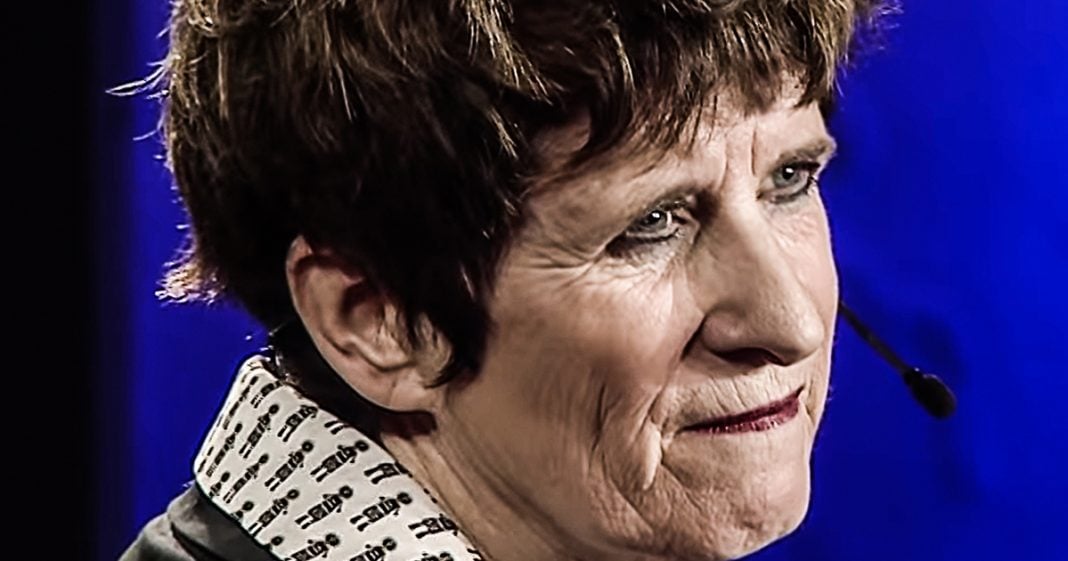 At a women’s conference in Canada this week, a top UN official said that the United States is to blame for a global erosion of human rights. The official, Kate Gilmore, says that the US has allowed our own country to devolve on the issue of human rights, and other countries are now following suit because they still look at the US as the example that should be followed. Ring of Fire’s Farron Cousins discusses this issue.

Yesterday at a women deliver conference in Vancouver, Canada, Kate Gilmore, who is the, uh, UN deputy high commissioner for Human Rights said to the audience there that it is because of what the United States is doing, that human rights are eroding all around the globe. And she went on to clarify a little bit more things that most of us wouldn’t have really even thought about. You know, it’s not just about the fact that we launched these unwinnable wars based on lies that we kill civilians in war zones. That we have Republican members of Congress bragging about the fact that, hell yeah, I killed civilians, probably women and children to Representative Duncan Hunter said last week. It’s not just that, it’s not just the obvious once. It’s not just locking children in cages and separating them from their families or as new reports show us, leaving them in hot vans overnight.

That is a huge part of it, but it’s not the only part of it. Uh, Ms. Gilmore went on to talk about the fact that our repeal and rollback of environmental protections is a human rights issue. And when other countries look at the United States and see that we’re allowing coal companies to put more pollution into the air, or we’re allowing oil companies to go and do more unsafe offshore oil drilling. When we’re allowing these pipeline companies to come through and put pipelines through these sacred lands, you know, pipelines that we know are going to break and spill because they always do. That sets the tone for the rest of the world because folks, believe it or not, the US, as Ms. Gilmore was pointing out, they’re still seen as a global leader. And as the US goes, so goes most of the rest of the planet. Now, there’s enough countries right now that have enough good sense to look at us and say, wow, you guys are really asked backwards on this.

Best of luck to you in the future. But there are still plenty of other countries in the world who look at us and say, oh, it’s cool if we do that now. Sweet, let’s get on it. And that’s what she was trying to point out. And one of the biggest issues she talked about aside from the environmental issues or the abortion bans that the United States is putting in place and the fact that the federal government is no longer going to fund any kind of family planning efforts in other countries, which we had typically been funding for years. So not only are we restricting access to safe abortions here in the United States, we’re doing it across the globe and that is a massive humanitarian crisis that we are creating because the men in this country want to control women’s bodies, not just here in the United States, but all over the planet.

And it has a ripple effect. And that’s what she’s trying to tell us. I agree with Ms Gilmore’s assessment here. The US used to be a leader in human rights issues. We weren’t a leader for very long. It took us a long time to get to that point. And then it was very shortly after that we began torturing people overseas, you know, extraditing them to these CIA black sites, walling up our border, locking people in cages, killing civilians with drones in the Middle East. Telling women they can’t make decisions about their own bodies. We were a global leader in human rights for a very short period of time, and at this point it doesn’t look like we’re ever going to get back to being a global leader again.