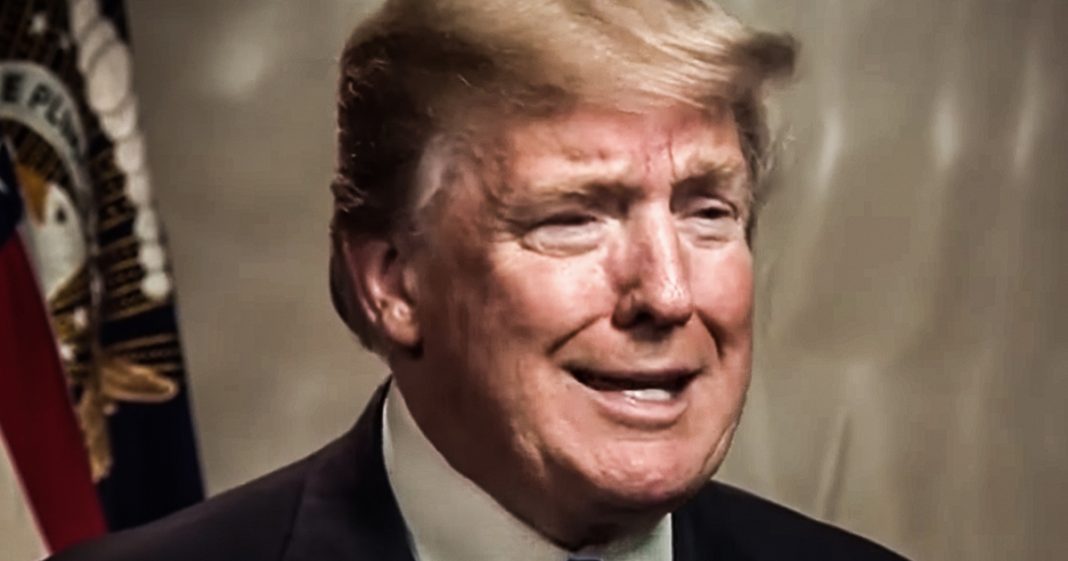 In new court filings on Monday, Donald Trump was accused of not paying taxes on properties that he once owned in Panama. Trump’s name was unceremoniously removed from the outside of the building not long ago, and the co-owners were furious with his management style and business practices, which apparently included not paying taxes on the property. Ring of Fire’s Farron Cousins discusses this.

According to new court filings on Monday of this week, Donald Trump and his company has refused to pay taxes on two properties that they were co owners of down in Panama. Now the company that owned the main owner of these buildings filed the core documents. They’ve got a massive multimillion dollar lawsuit right now in front of judges in New York against the Trump Organization, uh, for multiple things. But one of the things that they claimed was that Trump and his business down there, we’re actively engaged in tax evasion. Here’s what they said in the filings. The Trump Organization was supposed to take it part of their profits, 12.5% actually, and put that aside to pay government taxes down there in Panama. That was part of the deal. You put 12.5% aside. Even if this is not profitable, you still need to put 12.5% aside so that you can pay the taxes.

The lawsuit claims that the Trump Organization did not put that 12.5% aside and instead just put it right in their own pockets. And this caused the owner, the other owner, Ithica Group that owns the, the main hotel down there. They then incurred millions of dollars in extra fees and fines and penalties because Trump refused to pay his taxes. That is why this lawsuit is filed. Well, it’s one of the reasons the law lawsuit is filed. It also says there’s other financial mismanagement going on with the Trump Organization with this particular property that they owned, which I’m sure everybody remembers last year, watching the video of them scraping Trump’s name off the front of the building. It’s no longer Trump, it’s the JW Marriott in Panama, but nonetheless, this particular lawsuit gives us yet another picture of what kind of a businessman Donald Trump truly is. He knew he was going to have to pay taxes.

They basically laid it out for him and said, hey, if you just do this, put aside 12.5%. Then when it comes time, you take that 12.5% out of the account. It was never in your other accounts so you don’t get anything screwed up. You write the check, we’re good to go. We don’t get fines, penalties, liens, anything like that. Just do this. But Trump didn’t want to because it’s, it’s money and that’s what Donald Trump wants. If there’s money going into an account, he wants it going into his account. Not a separate account that has to go pay the government where you own this hotel. But that’s not how anything works in this world. You have to pay taxes, you have to pay your dues. Basically. You want to have a hotel in a really nice area, a resort area.

You’re to have to pay for it. But Trump doesn’t like to do that. And we’ve known for years that this man doesn’t like to pay taxes. Michael Cohen told us that a few months ago we had the other story of Eric and Don Jr. not paying taxes in Chicago for buildings. They own their, because, oops, they forgot. There’s no forgetting to pay taxes. And if you are forgetting to pay taxes, then you’re too stupid to be running a business. This is intentional. They do it until they get caught. Why? Because they can pocket the money in the short term turnaround. Make a bigger profit on it than they would have to pay in any kind of late payment penalty. Corporations do this all the time, not necessarily with taxes, but they’ll do it with product recalls. They’ll do it with, you know, class action lawsuits. If we can make a bigger profit scamming people than we have to pay out in a lawsuit, we’re going to scam them. And that’s exactly what Trump and his kids and everybody thought they were going to do down there in Panama, just like they thought they could do it in Chicago and all over this country. They don’t like paying their taxes anywhere in the world where they operate and now that is causing them tremendous legal headaches. That’s going to reveal a lot of information that Donald Trump never wanted coming out to the public.