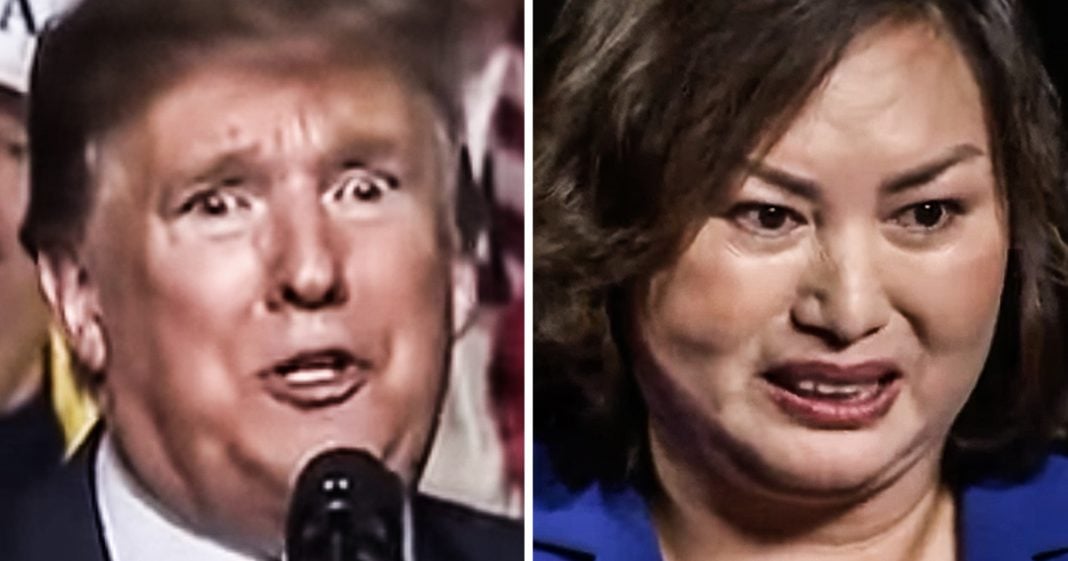 Donald Trump’s beloved Mar-a-Lago club in South Florida has been hit with a subpoena by a grand jury to find out exactly how deep their connections to massage parlor owner and Republican fundraiser Cindy Yang go. Miss Yang is under investigation right now for potentially violating campaign finance laws, and these laws may have been broken during events at Mar-a-Lago. Ring of Fire’s Farron Cousins explains what’s happening.

You know, I think one of the most interesting things about Donald Trump, as disgusting as he is, he’s still a very interesting human being. Uh, but one of the most interesting things is the fact that wow, everything this guy touches somehow ends up under investigation. And a lot of that actually even happened before the man became president. I mean, how, think about it, half the investigations that are happening right now in to Donald Trump or because of things that happened long before he even decided to run for president, but he still hasn’t stopped screwing things up and allowing bad things to happen to his properties and the businesses he owns and his own presidency since becoming the president this past week, it really hit home for him though

his beloved Mar-a-lago down there in south Florida was issued a subpoena by a federal grand jury because that grand jury wants Mar-a-lago to hand over every document, any surveillance videos they may have and every single record they have related to one Cindy Yang. And for those of you who are not familiar with it, Cindy Yang is the massage parlor tycoon, uh, who’s massage parlors that she used to own a just got busted for basically being prostitution rings and suspected of human trafficking. She was not involved with those anymore. However, some massage parlors that she does own have also been popped for suspected prostitution. She’s also the woman who watched the super bowl sitting right next to Donald Trump. She has been photographed with many Florida politicians, including former governor, current Senator Rick Scott, current Governor Ron DeSantis and worst congressmen on the planet, Matt Gaetz.

This woman is highly involved with all Republican politics here in the state of Florida and that’s actually why Mar-a-lago is being subpoenaed for these records because she is now suspected of violating campaign finance laws and of aiding foreign contributions in the u s elections. Now, to be clear, I know I started off this talking about all of the investigations Trump has caused. He actually didn’t cause this one and currently he is not involved. He is not suspected of any wrongdoing in this particular instance. This is 100% Cindy Yang, none of those other Republicans I mentioned are being investigated at all either what the feds believed that Cindy yanked did was make donations, most of them to Donald Trump and those donations were actually from money given to her by Chinese nationals. And then she made the donations, which is 100% illegal and the reason they want the records from Mar-a-lago is cause they think that she held some of these fundraisers at Mara Lago in order to kind of sell access to Donald Trump. We know that that is a thing she wanted to do as well as other prominent Republicans show. I am happy that these investigations are taking place. Cindy Yang is connected to so many Republicans here in the state of Florida and as I mentioned, none of them are under investigation yet yet.

I am willing to bet with us corruptive Cindy Yang is with as many people as she is connected to within the Republican Party, you’re not going to be able to convince me that some of them didn’t know that some of these contributions were dirty or that maybe they’ve pulled a few strings for her. As this investigation continues and before it ends. I can promise you there will be multiple high profile Republicans that get lumped into it as well, but I guess for that, we’re going to have to wait and see.