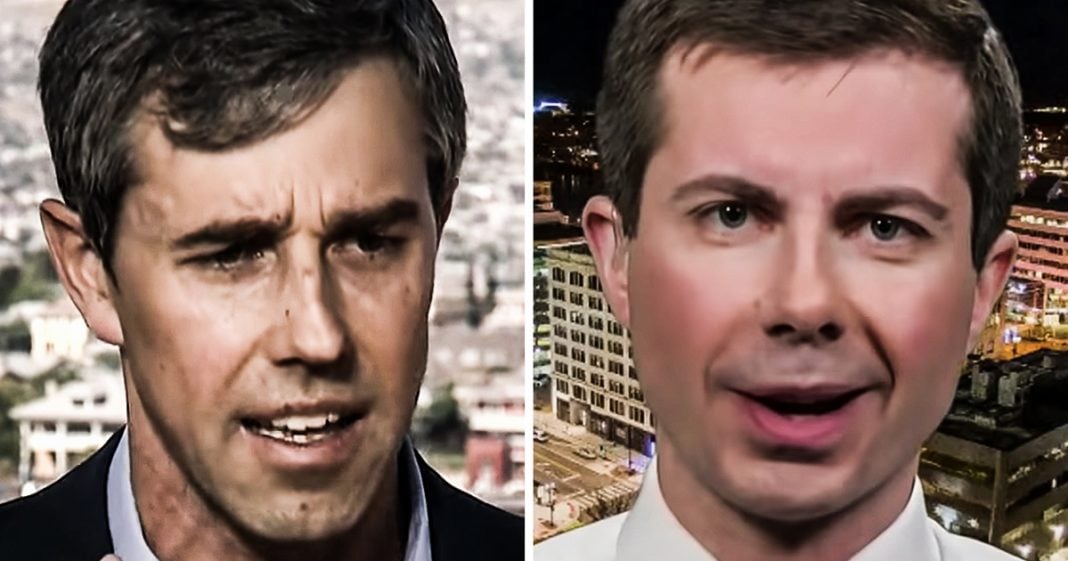 A new poll shows that Senator Elizabeth Warren is officially a frontrunner in the Democratic race, holding a solid position as Number 3. But while the headlines focused on that fact – which is actually a big deal – they missed the other information that this new poll has to offer, which is that each candidate very clearly has at least one weak spot that they need to work on. Ring of Fire’s Farron Cousins explains what this new poll actually shows us.

Earlier this week, a new pole put out by the economist and you Gov showed that Elizabeth Warren is officially a front runner in the democratic race. She is still in third place, but her numbers are so strong and so close to the a number one or number two, which is Biden and Bernie respectively, that Elizabeth Warren has now clawed her way out of the single digits policy by policy and is now absolutely right there, neck and neck with Biden and Bernie. That is remarkable. That is wonderful. But every one reporting on this poll seems to have missed the bigger takeaway of the poll. Yes, I understand Elizabeth Warren surging in this and basically holding her own with these, uh, you know, veterans in politics. Elizabeth Warren, relatively speaking, compared to them has not been around nearly as long. But here she comes and she did it by coming up with these wonderful policies.

As I said, policy by policy, she’s getting more popular and that is what a presidential campaign should be built upon. She has done it right from the start. And I love it and I love her campaign and I like her. But again, that’s really not what this poll was telling us. This poll was telling us that each one of the front runners, and in fact most of the people running for president of the democratic side, nobody’s hitting a grand slam right now. Everybody has some weak points. And for some people those weak points are really fricking huge. And here they are. And before we get into the numbers, please understand they do not add up to 100% because the pole was asking people for multiple different candidates. Took me a while to figure out, cause they didn’t explicitly mentioned that you had to go into the fine print.

So it was a little confusing why the numbers weren’t 100 but here we go. The totals. Right now you’ve got Biden at 45 Warren at 42 among people who you know are ranking their choices and Bernie at 41 but among black Americans, Biden is at 54% Bernie Sanders at 33 Kamala Harris at 33 Elizabeth Warren at 23 that’s a weak spot for Elizabeth Warren, African American voters. That’s a spot where she needs to do better. And I think as she gets out there, hey, if the media were actually paying her the attention that she deserves the same attention that they give to a Joe Biden, I believe those African American numbers would be far higher. And in fact, if they focused on Joe Biden’s history with African Americans, I’m sure that his numbers would be far lower than you have males. Little surprise there, Bernie Sanders Holding 46% but Warren is next in line with 39% followed by Joe Biden at 38% nothing to say about that.

Whatever females though, Joe Biden, 51% Elizabeth Warren, 45% and then down on the bottom here we’ve got Bernie Sanders with 37% that’s a weak spot for Bernie, the female voters. Those are the people he needs to work a little bit harder with. Kind of like Elizabeth Warren and the African Americans. However, again, I think that has more to do with media coverage. I think Twitter and social media are why a lot of female voters dislike Bernie Sanders. Yeah. There are some horrible Bernie supporters out there and I don’t know that they’re actual real Bernie supporters, but there’s just as many of those as there were horrible Hillary Clinton’s supporters, just like there’s horrible Biden’s supporters right now. Yeah, but the Bernie Bro Stigma that the Clinton campaign created, I think that stigma has, has latched onto Bernie unfortunately and unfairly, but it’s still there, so that’s an area he needs to work on a little better.

I think he’s done a great job with it, but those are stories that aren’t getting the coverage they deserve. Now among liberals, self described liberals, liberals, people saying, I’m not just a Democrat, I’m a liberal. Warren wins Warren at 53 Sanders at 47 so birdie’s got to work on female voters. Elizabeth Warren has to work on African American voters. Why am I only focusing on those two right now? Because I am entitled to my opinion and those are the two people I would like to see rise to the top. I have withheld endorsing a single candidate because I’m going to be honest, I don’t have a single candidate right now. I Have Bernie Sanders and I have Elizabeth Warren. Those are the two I like. Those might actually be the only two I like, but gun to my head right now, I couldn’t make a decision between the two.

I’m still torn and I love that. That’s exciting for me. You know why? Because never in my entire voting life have I been on sure. About who I’m gonna vote for. I’ve always said, you know what? I like this person. And even in the primaries, if that person doesn’t win, it’s okay. Well, I’m going to this one, but right now I can’t make a choice because they’re both excellent candidates and according to the numbers, later on in this poll, they can both be Trump. Elizabeth Warren has the lowest unfavorables of any of the Democrats running. That is huge. That is huge for her. Bernie’s unfavorables unfortunately, are a little bit higher including among Democrats because again, you still have some of those Clinton holdovers who blame him for her loss because they weren’t paying attention to all the other crap that happened during her campaign. Apparently they’re bitter, they’re angry.

They need to move on. We’re already in the next election cycle here. Let’s focus up and understand that we have a real chance to make change in this country and I believe that these two candidates, Bernie and Warren, are the only two that would bring us real, actual good change to this country. Maybe I’m wrong. I mean, I look, I think Andrew Yang would as well, but I also think Andrew Yang has a 0% chance of winning the primary and the eventual presidential race. I’m sorry, I don’t mean that offensively. I don’t want to upset the Yang supporters here, but I’m also being realistic. But Burnie and Elizabeth Warren, they have a chance. They have the policies, they have the knowhow, they have the numbers, and those numbers are getting better every week. Because you know what also has happened according to this poll in the last seven days, Joe Biden’s numbers have fallen by seven points.

People are starting to see that Biden isn’t that great of a candidate and that the name recognition of being vice president for eight years is only going to take you so far. That’s why Elizabeth Warren is rising. And that is why Joe Biden is falling. And once we get to these debates, which Democrats are still trying to shift the rules to change it up a little bit to, you know, kind of keep out people that don’t want. But nonetheless, once we get to those debates, things are gonna change dramatically. The public for the first time is going to be able to hear these people talk and they’re going to be able to sort out which people have actual plans that are going to help average Americans. And which ones are just running to feed their own ego. And I think we all know who those people are.