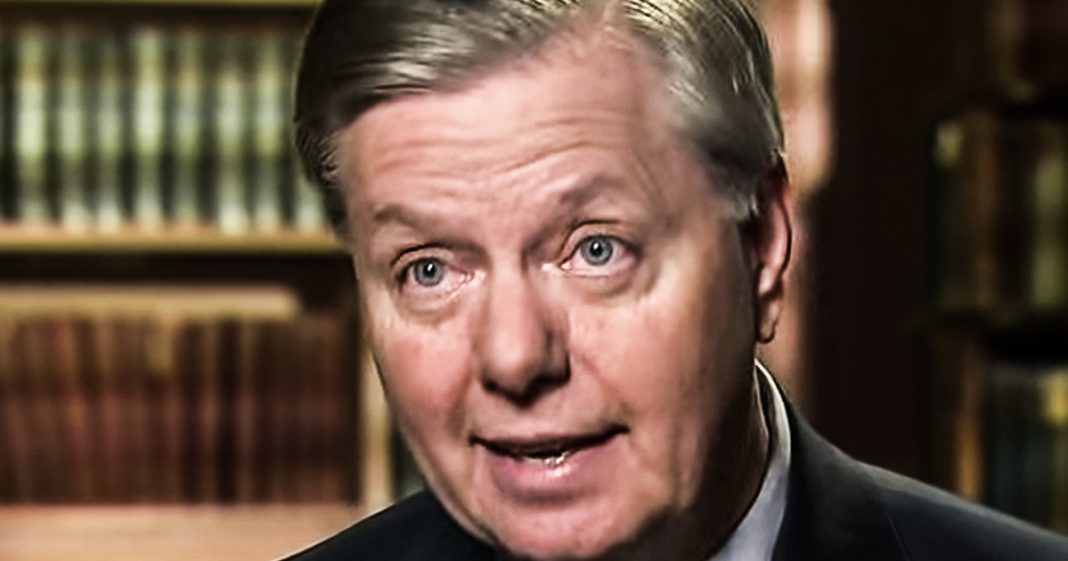 Senate Republicans are out in the media telling reporters and pundits that they won’t let impeachment proceedings happen in the Senate, and that Trump is safe. But that shouldn’t stop the Democratic Party from trying. This man has to be held accountable for the crimes that we already know have been committed, and to protect the office of the President from an even worse actor in the future. Ring of Fire’s Farron Cousins discusses this.

Senate Republicans are starting to fear that Democrats in the House of Representatives are eventually going to move forward with impeachment of Donald Trump. And because of that, we have seen multiple different senate republicans come out in the last week or so telling us that they’re going to kill impeachment before it ever even starts in the u s senate. After all, we know that the house can impeach, but it’s up to the Senate to convict and remove. And in order to do that, you’ve got to have 67 votes. Uh, Republicans currently have a much larger majority in the Senate then the Democrats do. So really, we’ve all known and we’ve all mentioned that removal and a conviction is impossible in the senate. You’re not going to get those numbers and Republicans are out there right now. You’ve got Lindsey Graham, John Cornyn, Thom Tillis, uh, they’re all out there telling us it’s not going to happen. We may not even bring it to the floor. We may not even take it to trial, but we’ve already known that from day one. Republicans are just out there freaking out thinking that the Democrats are going to go forward with impeachment in the house. And to that, I want to tell these Republicans in the Senate, calm down, relax. If there’s one thing we know about Democrats, especially the leadership in the house, it’s that they’re exceptionally weak, they’re cowards, and they’re never going to do it.

And I don’t say that lightly. You know, I’m not a huge fan of attacking the Democratic Party right now. Okay. We know the kind of horribleness we’re dealing with, with the Republican Party, with Donald Trump in the white house, all of their horrible policies that are killing consumers in this country, quite literally. Locking kids in cages, giving tax breaks to the wealthy elite, driving up the deficit, killing any action on climate change, and actually making our environment worse. The Republican’s are pure evil.

What the Democrats are completely spineless, have been for for many, many years. Don’t get me wrong, there’s some great ones. There are some great Democrats in both the House and Senate. You know people like Ro Khanna, Alexandra Ocasio-Cortez, Ilan Omar, Rashida Tlaib, Ted Lieu, Bernie Sanders, Elizabeth Warren over in the Senate. There are some great folks in there. There’s many more that I didn’t name. Unfortunately, the people in the Democratic Party calling the shots right now aren’t strong enough or courageous enough to go ahead and say, you know what? We’re moving forward with impeachment. I know some establishment Democrats out there and pundit world want to tell us that Nancy Pelosi is playing three d chess and Donald Trump is playing checkers. Oh my God. How many have we heard that? The truth is that Nancy Pelosi already took her chest pieces and went home. She, she’s not playing anything. The only thing she’s playing are the Democrats who think she might actually go forward with impeachment. Here’s the thing. This isn’t about removing Trump from office because we knew from the beginning that was never going to happen. What this is about is making sure that the public understands that this man committed crimes because that absolutely would be on covered during house impeachment hearings. They would be able to get their hands on whatever documents they needed. They could make them public, they could submit them into the record. It would be there for all of eternity.

But Nancy Pelosi keeps telling us are, I don’t know if we can do that. I don’t know if it’s going to happen. A little iffy on that. Democrats, you just need to cool your jets here. I know what I’m doing. And then of course, again, earlier this week, actually Saturday democrats rolled over and said, you know what? We’re going to halt the subpoenas for Deutsche Bank and capital one because Trump wants us to. We don’t need to. We’ve been winning the whole time. But sure, why not? So if you’re wondering why I’m calling Democrats weekend cowardly, it’s because they’ve proven to be, they’re rolling over when they don’t have to. They’re stopping investigations when they shouldn’t, when they’ve been winning, getting everything they wanted. This isn’t three d chess. This is one party that fell asleep before the game even began. So it doesn’t matter if Donald Trump is playing chess or checkers or not playing at all or cheating because the Democrats have decided that they’re not gonna pay any attention. So again, to all these Senate Republicans out there trying to look big and tough town and we’re not gonna let him peach man happen, don’t worry, cause Nancy Pelosi’s already made it clear that she isn’t going to be the one to let impeachment happen, even though it is sorely needed in this situation.