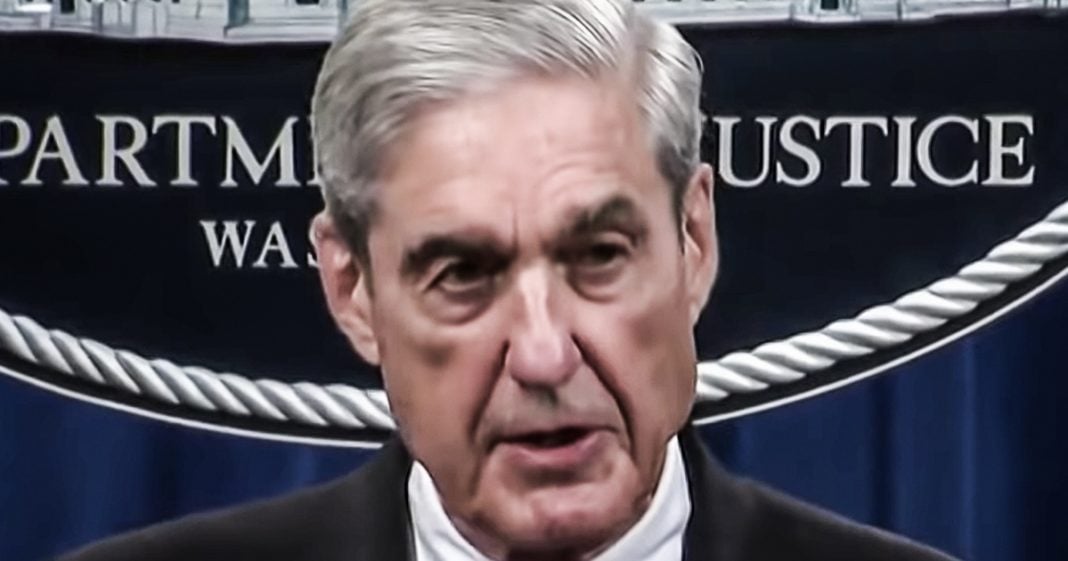 In an interview with NBC News, a Trump supporter admitted that she was shocked when she learned that the Mueller Report didn’t actually exonerate Trump, as the President has repeatedly claimed. This is what happens when people only get their news from one source, or even from just one side. There is an epidemic of misinformation coming from the media today, and most of it is coming from the Right. Ring of Fire’s Farron Cousins discusses this.

Earlier this week, NBC News spoke to a Michigan woman by the name of Cathy Garnaat and Ms. Garnaat had just attended a rally by Republican Representative Justin Amash, who as we all know, is the guy making headlines right now as being one of the first Republican members of Congress to call for Donald Trump’s impeachment. Now Miss Garnaat attended this rally fully expecting to basically bust Amash’s chops on this whole impeachment thing. She said she went into this thing and this was a dumb idea. She hated the idea, you know, everything she had seen and heard about. The Mueller report said that it exonerated Donald Trump, and then she was shocked in her own words, surprised when Amash began reading from the Mueller report and highlighting all of the crimes, obstruction of justice that Donald Trump likely committed. She had no idea and the reason she had no idea. Well, she spells that out for us, clear as day. Here’s her exact quote. I’ve mainly listened to conservative news and I hadn’t heard anything negative about that report. And president Trump has been exonerated

because of her own media filter that she put on her own life because she only watches Fox News or because she only reads daily wire or Breitbart or whatever it is she’s getting our news from. She thought Donald Trump had 100% been exonerated by the Mueller report until she walked into that room and heard representative Amash say, oh, no, no, no. Here’s what’s actually in the report. That’s a big deal and that ladies and gentlemen, is why Democrats have to get off their butts and do something about impeachment. Open the inquiry, start presenting evidence, get it out there in the news, in all the news. Make it so big that even these conservative news outlets can’t ignore it. They can’t deny it. All they can do is try to spin it, but they’ll have to show it in order to spin it. The public isn’t aware of what happened, at least not enough of them. Why? Because of their selective filters. If these people branched out from Fox News or from any of these disgusting right wing websites for even just a few days. If they broadened their horizons

in, read something else for a change, even if only for a day or two, they would learn so much, but they refuse to do it. They’re happy with their little niche that they’ve, you know, blocked out for themselves with media selection. They like it, it’s comfortable. It gives them their own, you know, reaffirmation of things they already think. Even though those things are false and what the networks are telling them is false. This woman had her eyes opened and a Republican calling for Trump’s impeachment opened them and all he had to do was actually just read from the Mueller report. He didn’t spin anything. He wasn’t giving his opinion. He was just saying, I’m going to read these lines from the report and suddenly she realizes, holy crap. The media outlets I’ve been trusting had been lying to me. Democrats could do the exact same thing in Congress. It’s only our leadership, the people that we’ve trusted to move us forward. Who for some reason are holding us back on this. There are a lot of Cathy Garnaat all throughout this country. They need their eyes opened, and if they’re anything like this, Cathy Garnaat, they’re actually more than willing to have their eyes opened. We just have to move forward and help them to do that, which unfortunately, democratic leadership doesn’t appear to be willing to do that right now.