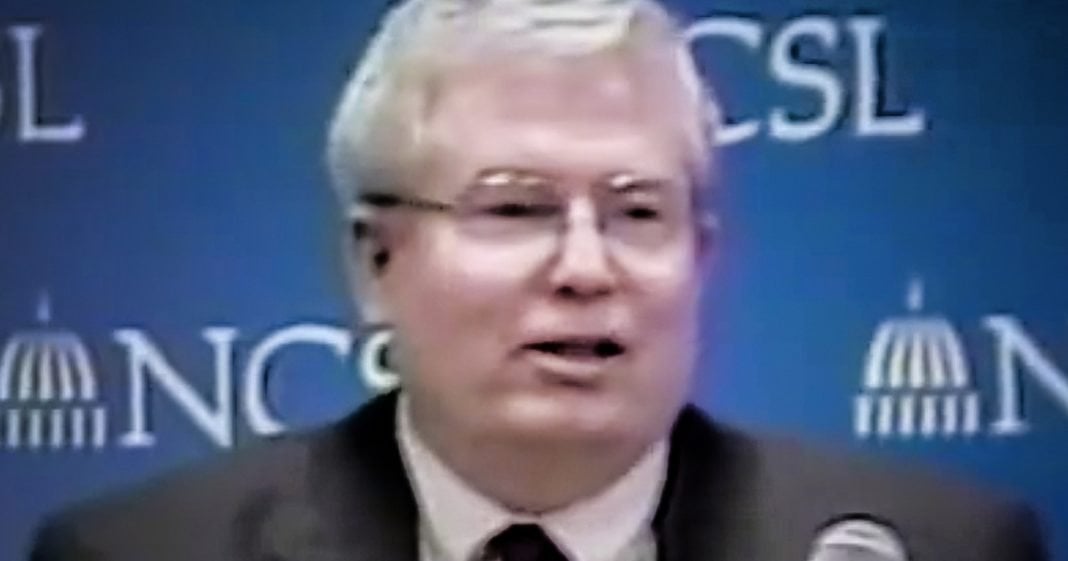 A Republican operative who passed away last summer still had a few secrets to share, and his daughter took it upon herself to share them with the group Common Cause. The information she delivered revealed that the operative was behind the Trump Administration’s push to include a citizenship question in the census because he believed it would help white people (and therefore Republicans.) Not a good look, considering the Supreme Court has yet to hear arguments on this case. Ring of Fire’s Farron Cousins discusses this.

Last summer, a man by the name of Dr. Thomas Hofeller passed away. Dr. Hofeller was a long time Republican operative. He kind of specialized in gerrymandering according to, uh, Ian Millhiser over at Think Progress in a recent article that he wrote, which you can actually find the link in the description of this video. But nonetheless, Dr Hofeller has been deceased for almost a year now. But recently, Dr Hofeller actually exposed exactly why the Republicans are trying to put that census question. Uh, the citizenship question, excuse me, into the census. So from beyond the grave, this long time Republican operative was able to give us the truth about what Republicans are actually trying to do. And he did that and he knew it because he’s the one who actually came up with the idea. Here’s what happened. Dr Hofeller had been working with the Trump administration. Uh, he has hard drives actually.

Now, technically the court has hard drives full of documents and emails and even some maps that this man drew out. If the Trump administration could add the citizenship question to the census and that in his own words would benefit whites and non Hispanics here in the United States and of course Republicans while also hurting the Democrats. Those are his words that were included in his documents that he sent to the Trump administration to convince them to add this question, which obviously they did. Now earlier this year, a judge ruled that the citizenship question has to be taken off of the census, but then obviously it was appealed back in April. The supreme court heard oral arguments about it. They have not yet issued a ruling. However, those oral arguments were heard before. Dr. Hofeller’s estranged daughter got her hands on these hard drives and turn them into common cause and who then turned them into the courts.

So now we notice, I know this seems like some kind of a, you know spy movie here, but this is what happened. This man, doctor Hofeller actually put together lists, drew maps and said this is going to benefit Republicans and non Hispanics, white people. Basically, here’s how our new districts are going to look. Ooh, that’s going to be so good for us. Here are the extra seats we republicans will be able to pick up if we include this citizenship question on the census. As I previously mentioned, supreme court heard arguments about this back in April loan before any of this was known. However, that doesn’t mean that these new stories, this new information cannot impact their ruling because at the time, as Millhiser points out, the supreme court looked like they were going to basically split along party lines. But with this new information, it is likely that they may decide that this whole thing, in fact was a partisan disaster, designed to help Republicans and hurt the Democrats, which is 100% true, at least according to the man who came up with the idea.