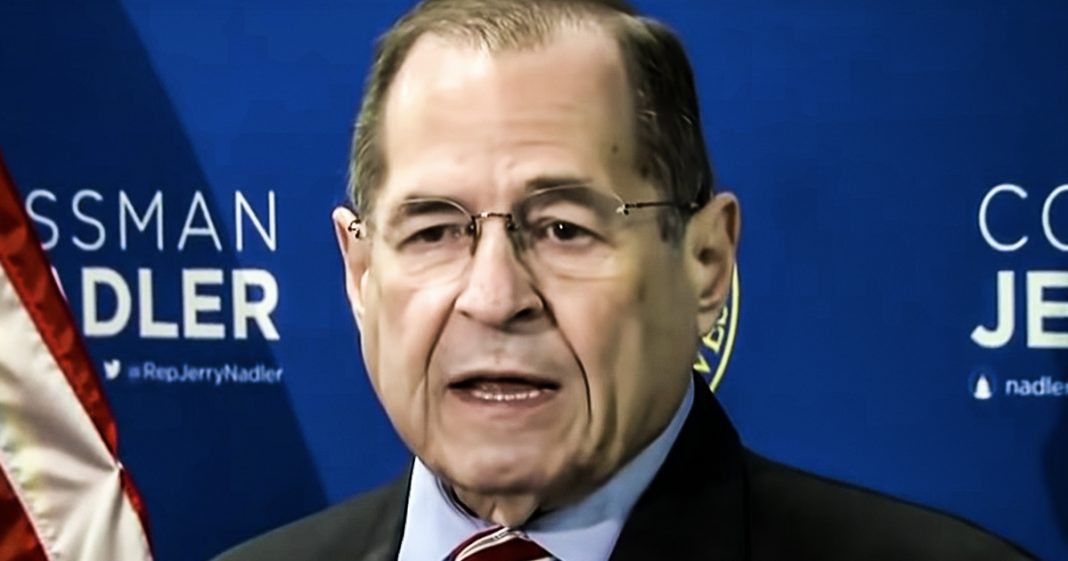 Democratic leadership probably isn’t too happy with Robert Mueller’s Wednesday press conference, as the Special Prosecutor made it clear that his hands were tied with regards to bringing charges against Trump, but that doesn’t mean that someone else couldn’t. Democratic leadership in the House has for weeks been trying to calm impeachment talk, but Mueller’s press conference has made those calls for impeachment louder and more numerous – to the point where they can’t be ignored anymore. Ring of Fire’s Farron Cousins discusses this.

Ever since. Robert Mueller stepped away from that podium yesterday to give his little press conference about his report. Calls for impeachment have grown to a deafening level here in the United States. Democrats, including some more centrist establishment type Democrats are now out there saying, Nancy , as speaker of the House of Representatives, third in line for the presidency, you’ve got to move forward with impeachment. There’s no more gray area here. There’s no more dominoes left to fall. You’ve postponed this long enough. We no longer think you’re playing a long game. You got to go forward with impeachment. Robert Mueller basically gave us that coated talk telling us we needed to do that. Now here’s the interesting thing about this whole impeachment thought. You do have the, uh, you know, Nancy Pelosi leadership in the House of Representatives. They’re afraid to bring impeachment or start an inquiry because they think it could end up hurting Democrats in 2020.

You have other people on the left, uh, both far left, middle left, centrists left, whatever it is, you know, all walks of life over there. That also fall into that category saying, listen, this is going to backfire spectacularly because we know that the Senate is not going to vote to convict and remove. The numbers are not there. There’s not enough, uh, you know, centrist kind of Republicans in there to go along with it will never hit the 67 number. Why even bother? Because this is a big waste of time and it’s going to make Democrats look foolish. It’s gonna turn off moderate voters. They already don’t like Trump, but if you go after this and then he’s not convicted, they’re gonna maybe like I’m a little more and to all of that, and I understand those are decent reasons. I, I don’t necessarily disagree with you except that the history disagrees with you.

And that’s, that’s the problem. The facts aren’t there to necessarily back up these arguments. I understand the concerns. I have them too. But if we look historical on this issue, we go back to the 2000 election. 44% of voters said that the impeachment of Bill Clinton weighed heavily on their minds and help to influence their vote in the 2000 election. And as we know, Bill Clinton was impeached for perjury, was not convicted by the Senate, so he remained an office. But he did have that stigma of being impeached. And 44% of the people that went to the polls in the following presidential election said, yeah, I thought about that a lot when I cast my vote in 75% of that 44% voted for Bush because of it. And as we all know in a presidential election that was decided by one state by a couple hundred votes, that sealed deal that gave us George W. Bush. People wanted quote a return to normalcy. That’s what they said. Go back and look historically at that. Read the polls. Read the opinions of people. Yeah. A majority of people in the country at the time did not support impeaching Bill Clinton. And yes, Bill Clinton’s approval rating skyrocketed. Follow him following impeachment, but it still impacted the vote and turned people off of Al Gore, his vice president. That’s really all you need to know. So yes, I understand those concerns from the people saying, do not impeach. It’s going to help Republicans. But to that, I say the facts disagree with you, and they do. Look it up. Seriously. Look it up, study the history, and you will understand that. Yes, personally, it helped Bill Clinton as a human being, as a president, his approval rating, all of that, but it came back to bite the Democrats in the next election.

If we fail to start an inquiry to impeach right now, I think that is going to affect Democratic voters more than impeachment is going to affect moderate voters who are gonna vote for Trump out of sympathy. After all, we especially, we hear it bring a fire. I’ve been talking for 15 years about the fact that Democrats need to grow a spine. Democrats need to fight back. That’s one of the reasons we’ve been so pissed off at them all of these years. Why? It’s why we go after the establishment, because they’re too willing to make compromises with republicans to lay down and let the big banks roll all over them. They’re not progressive enough and they’re not fighting enough. And here they have an opportunity to fight. And I am never going to tell the Democrats to back down from a fight when it’s a fight that needs to be had.

And this is a fight that needs to be had. And the American voters who sent a majority of Democrats into the House of Representatives in 2018 we’ll reward you for it. They want that return to normalcy. They understand Trump won’t get removed from office, but an inquiry, whether it’s for obstruction of justice, whether it’s for bank fraud, whether it’s for emoluments violations, actually it should be about all of the things. Lump it all in together and let the public know how many times, how frequently, and in how many different areas. Donald Trump has broken the law, and I promise you that is going to help Democrats rather than hurt them.