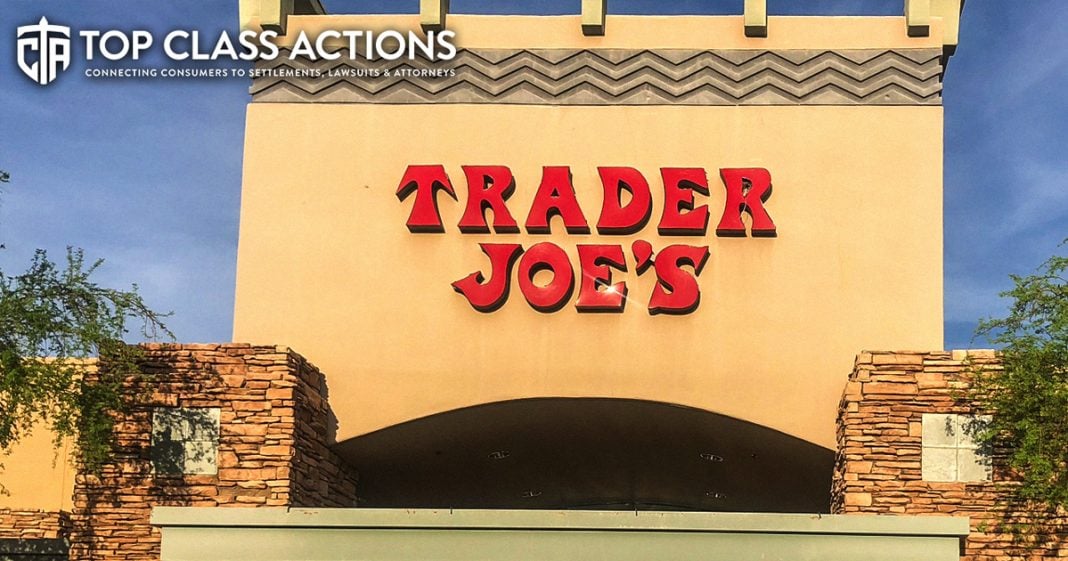 A class action lawsuit recently removed to federal court alleges that Trader Joe’s significantly under-fills bags of its store-brand dried fruit products. The Trader Joe’s class action lawsuit argues that the amount of “slack-fill” in the dried fruit bags is unnecessary as 69 percent of the package is empty space.  Ring of Fire’s Farron Cousins discusses this with Scott Hardy from Top Class Actions.

Farron Cousins:                  As consumers here in the United States, we don’t have really a lot of demands. Our only demand is that if we pay for product one, the product should be in there and two, the product should do what it says it’s going to do. I mean really, when you think about it as consumers, that’s all we’re asking for corporations to do, but it’s that first one making sure the product is actually in the package that for some reason still seems to cause a lot of problems.

Joining me now to talk about this is Scott Hardy with Top Class Actions and Scott of course, I am talking in this particular instance about packages of dried fruit from Trader Joe’s that according to a new lawsuit are almost 70% empty, when consumers open them up. Take it from there.

Scott Hardy:                          Yeah, it, it shocks me when we see these things happen in the US. When I was out in Europe two years ago and in Italy they don’t have the same slack fill laws, so I’m opening up boxes that are this big and there are only filled this much with product maybe a quarter. I’m like, man, oh man, I would love to come over here and fix it. But here in the US most companies already know, you, you can’t sit there and just make a package 70% empty.

You’ve got to fill it with product or you’re going to get nailed. And surprisingly, Trader Joe’s got hit with this one because Trader Joe’s is beloved by soccer moms everywhere and others, you know, that this, are huge fans. I’ve got a friend that works for Trader Joe’s, loves the company, and because most of the products that you’re buying in a Trader Joe’s are actual Trader Joe’s products themselves.

It’s shocking when you have a product like this, they’re dried fruit that as, is 70% almost 70% empty. You would think that they would deal, and take care of it, they care about their customers and lo and behold, this thing happens. And now there are, there are certain laws that allow for slack fill. You know, you could have a little bit of slack fill if you’re protecting the package itself.

If you’re, if you have to blow it up like chips, you know, you’ve got to have some air in there to make sure they don’t get crushed. You’re going to have some settling of the product during shipping. You know, if that product, that package has a need to perform a specific function and it’s clear to consumers that that’s why you have this extra air in there, it’s okay. But in general, you can’t just have a package that is almost 70% empty and now Trader Joe’s is going to pay the price.

Farron Cousins:                  Yeah, you can’t, just put dead space in there for the sake of having dead space. The, the regulations, the FDA itself where there are laws about this, believe it or not, folks, they say that if you’re going to have space in there, it has to serve a purpose. Or you know, the one exception is that if you’re physically unable to put more product in there or physically unable to just make a smaller package. So that’s basically the only exception where it doesn’t have to serve an official purpose. And in the case of this, you know, dried fruit packs from Trader Joe’s, it meets none of those criteria.

You do not need it to protect the product. It’s not because the packaging is reusable, it’s not because it serves any other purpose and they absolutely could be putting it into a smaller package. And the other part of the issue is that consumers are buying this, assuming the product is full, or at least at least mostly full, or I guess even less than that, maybe just halfway full, but they’re not even giving you half a package. They’re giving you 30% of a package and that is just ridiculous.

Farron Cousins:                  If anybody has purchased this product from Trader Joe’s, I advise you, follow the link in the description of this video. Head over to topclassactions.com and while you’re there, in addition to signing up for their weekly newsletter, if you’ve purchased any other products that you notice the package was half full or less than half full, do a search through the Top Class Action website for slack fill, you would be surprised at how many of these class actions are out there. And I guarantee you most consumers out there are going to qualify for at least one of them. Scott Hardy with Top Class Actions. Thank you very much for talking with us today.