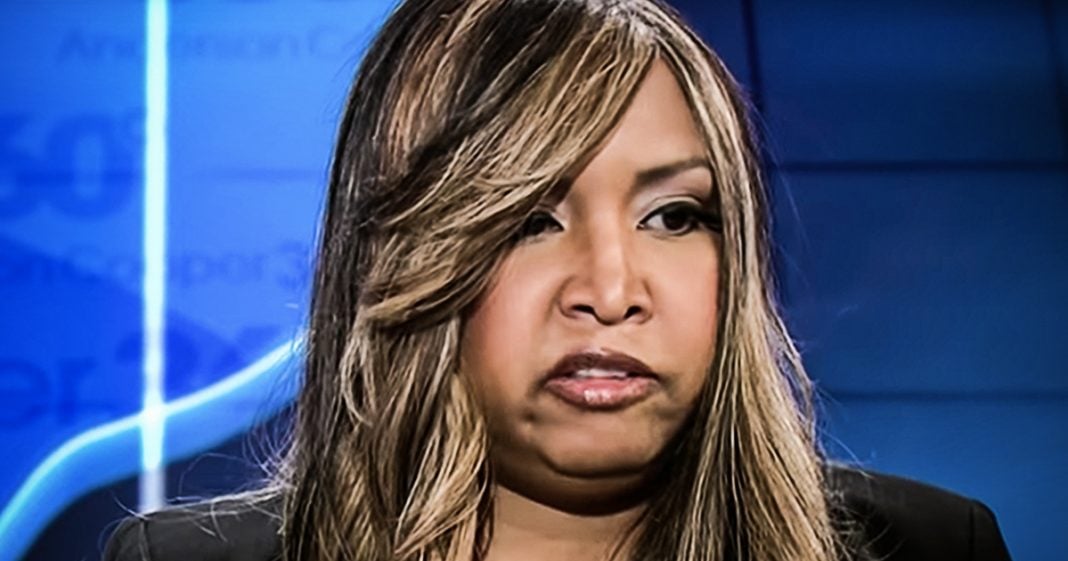 A Trump official working at HUD under Ben Carson used her government Twitter account to retweet a political account last week, and when the issue of a potential Hatch Act violation came up she claimed that she doesn’t care if she broke the law. This is the mentality of the people within this administration, including the president himself. They simple don’t care about the rules. Ring of Fire’s Farron Cousins discusses this.

Recently, an official within the Trump administration at housing and urban development actually admitted something that a lot of us had suspected for a very long time. And that is that members of this administration do not care one way or the other if they break the law. And especially if they get caught breaking the law. This specific administration official was Lynne Patton, who is a regional administrator for hub, a HUD, excuse me. She oversees New York and New Jersey, billions of dollars in Hud’s budget for these areas that she’s overseas. Uh, the woman receives a $161,000 a year salary paid for by US taxpayers and she very clearly violated the hatch act just last week. This is where, uh, her admission that she doesn’t care if she broke the law came from, here’s what happened. The a Twitter troll account educating liberals, um, tweet it out and attack on Ocasio-Cortez saying that, oh, everybody’s making fun of Ben Carson for being stupid cause he thought he was asked about an Oreo instead of an reo and yet they give Ocasio-Cortez a free pass.

Even though she’s an idiot. That’s paraphrasing. That is not exactly what he said, but that’s the gist of it. So miss a patent retweeted it and she added this along with it. She said, just retweeted this amazing tweet from both of my Twitter accounts, professional and personal. It may be a hatch act violation. It may not be either way. I honestly don’t care anymore. These people are determined to try to ruin and does credit a good man. The good man in this instance being allegedly Dr Ben Carson. So she admitted right there in their little tweet. I don’t care.

This happened on Wednesday, on Sunday after being hounded about her potential hatch act violation. She responded by tweeting this. What part about, I don’t give a shit. Don’t you understand? Ms. Patton here represents the entire Trump administration, not just her little regional division with Hud. This is the mentality of everyone inside of this Trump administration. They don’t give a shit, okay?

They don’t care if they break the law. Uh, Ms. Patton, by the way, has already been popped for a hatch act violation. Last November six Trump administration officials got popped for Hatch Act violations. Kellyanne Conway has at least two confirmed under her belt and I believe a third one is currently being investigated and nothing ever happens. Nothing ever happens.

And that’s why you end up with these people with this sociopathic mentality that I can break the law and nothing’s going to happen to me. I don’t care. I don’t care about anything. I can do whatever the hell I want because I’m never going to be held accountable. That’s the way Trump has lived his entire life. That’s the way these administration officials are, are living their lives today inside this administration. They know they’re not going to get an actual trouble for it. They know nobody’s gonna do anything about it. Oh yeah, we might get a slap on the wrist or, or you know, may be just a memo saying don’t do it anymore, but I’m going to keep doing it because what are they going to do is send another memo. Yes. That’s actually exactly what they’ll do and it will mean absolutely nothing and this administration is just going to continue to crap all over the rule of law here in the United States because that is what they have done since day one until and unless there is some real accountability for these people in the Trump administration get used to stories like this.

In fact, you probably should already be used to stories like this because this is all they do. These little rules and infractions may seem minor, but they add up and there is escalation. There is a snowball effect. If we let them get away with this, then they’re going to move on. They’re going to get away with this a little bit bigger and then a little bit bigger and so on and so forth. We have seen it happen with multiple members of this administration including Ben Carson himself. There is no accountability. There are no punishments. Just a quick little slap on the wrist and maybe even a memo that says, Hey, what she did was wrong, but oh well, we’re not going to do anything about it. And then you end up with these no class members of the administration tweeting out Asinine crap and then saying, what part of, I don’t give a shit. Don’t you understand?