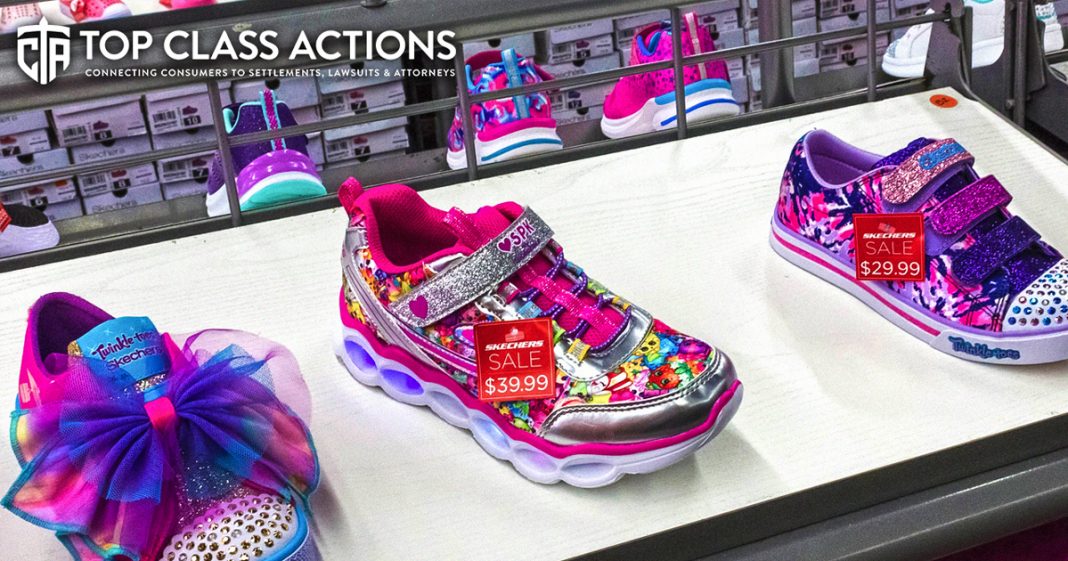 A class action lawsuit claims that Skechers light-up shoes can explode during use, causing burns on the children who wear them. The plaintiff claims that while her son was wearing the shoes normally, he was burned by heat that came from the back of the shoes. The Skechers class action says the boy developed swelling, burning, blistering, and pain from the defect. According to the plaintiff, the burns occurred because the shoes had a defective, battery-power electrical system. Ring of Fire’s Farron Cousins discusses this with Scott Hardy from Top Class Actions.

Farron Cousins:                  Several months ago we talked about an issue involving Skechers light up shoes for children that allegedly had a faulty electrical system that could lead to burns on children’s bodies. Joining me now to talk about the latest developments in this story is Scott Hardy from Top Class Actions.

So Scott, again, a couple months ago you and I spoke about these Skechers light up shoes, then it was mostly just an investigation. You were getting reports in that parents were reporting their children were being burned by these light up shoes due to an allegedly faulty electrical system. What do we know now and what has developed since the last time we talked about this?

They’re like little Tiggers jumping around, just to make their shoes light up. But what you have are, in this class action specifically, is she states that her child was using these shoes. They actually overheated, caught on fire and burned her child. Now we’ve already received 18 comments. We just posted this update on this class action.

So we haven’t had a lot of traffic on it yet, but we’ve already received the comment from another woman that said she had the shoes in her car, she came back and the shoes were on fire without even being worn. They were just sitting in the car and, and overheated and exploded. So you’ve got some, some, some major issues here according to the class action.

Farron Cousins:                  Absolutely, and the, the brands that we’re talking about here with Skechers, it’s the energy lights, the s light shoes, the twinkle toes, and the shopkins. So if anybody out there, if these are brands or, or, shoes you’ve purchased for your children, if they’re wearing them right now, you may want to double check these.

You may want to keep an eye on them. You certainly want to follow the link in the description to find out more info. But, so Scott, do we know anything yet about these electrical systems? You know, is it, is it bad wiring? Is it batteries or is this still kind of something we’re trying to figure out as these lawsuits continue?

But we’re getting, you know, from this article and other articles we’ve run about it, we’ve seen a lot of people have reported that these shoes heat up and the more you use them, the more they heat up. We’ve already received a reply, Skechers is really on top of it in their PR. So we’ve already received a reply from a Skechers spokesperson that says, you know, their no shoe is put to market until we are confident in it’s fit, comfort and safety.

Most especially our children’s footwear. We have sold tens of millions of pairs of children’s lighted footwear worldwide and stand by our products. That said, we take all complaints and issues seriously and are doing so with the lawsuit filed by Ms. Guajardo, which we believe is without merit. So that’s the official statement from Skechers. But you have Ms. Guajardo, who actually contacted Skechers when she had the problem, and Skechers didn’t take care of it for her.

You know, so we don’t know if she said, hey these things caught on fire. I want you to go ahead and pay my medical bills and Skechers said, no way. Or if they offered, but they didn’t offer enough to, you know, take care of her family who had to call in sick while her kid was in the hospital, that kind of thing. We don’t know those details yet. We’ll find out in the coming months. But it’s a, it’s really the, the first major shot fired by these lawyers at Skechers saying, you’ve got a big problem.

Farron Cousins:                  And it, and it is, you know, very disturbing, especially when you consider obviously, you know, it’s just human nature to, to have the utmost amount of sympathy for children and they are the, they’re the victims here. They’re the ones who are experiencing, you know, the burning, the fire, whatever it is, it’s happening on their feet. So, so that’s exceptionally awful. You know, especially the first time you and I had talked about this, I know some of my kids have light up shoes.

They’re very young. So I went and looked and sure enough, boom, we had these, we had them. I immediately got rid of them because I’m not even willing to take that chance. And I think that is something that Skechers needs to understand about this. They can deny it. Maybe they did nothing wrong, but at the same time, this is a bad look. I can tell you personally, I have already thrown these shoes out.

I did months ago. I did the day we talked about this. I went home and did that. So they’re losing business one way or the other and this is a problem they need to rectify. That they need to identify and they need to let consumers know that we’re going to take care of the problem and hopefully they will end up doing that.

Scott Hardy:                          Right, because you know Skechers got caught up in the Skechers shape up fiasco a couple of years back where they were encouraging people to put on the shoes that made you walk funny and off balance to supposedly be healthier. While in fact people are falling over and hurting themselves, rolling ankles, breaking hips and having other problems. But Skechers sold millions of pairs of those shoes before they’d pulled them off the shelves and went, oh sorry, oops.

And so now we have another issue we’re Skechers has sold tens of millions of pairs of these shoes and we have another issue which may be a manufacturing problem, may be a battery problem. But they need to identify if this is an issue, how to tell their customers, hey, you might’ve gotten a bad batch, send them back to us, throw them away, send a picture of the manufacturing code on the tongue of your shoe and we’ll send you a check and pay you back.

There’s gotta be ways that they could track this down if this is truly an issue and from our viewers, they’re saying it is that Skechers needs to be very proactive in taking care of it. Otherwise, you know, we’re going to have a much bigger problem on our hands.

Farron Cousins:                  Absolutely. For more information on this particular issue, follow the link in the description of this video. Head to topclassactions.com and make sure you sign up for their weekly newsletter. It is the best tool that consumers have to arm themselves with the knowledge that they need. Scott Hardy with Top Class Actions. Always a pleasure talking to you.