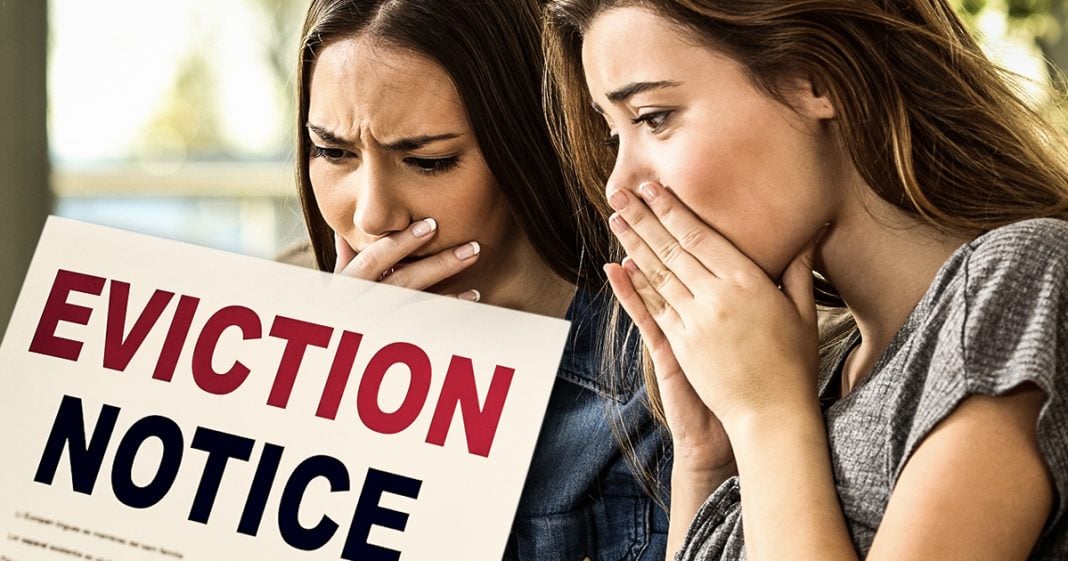 According to an alarming new analysis, more than 50 million Americans (roughly 43% of all American households) cannot afford a monthly budget that includes all of the necessities, including food and rent. This news comes as the administration continues to tell us that the economy is doing great for everyone, but the truth is that it is only working for those at the top. Ring of Fire’s Farron Cousins discusses this.

Well folks, another day, another story about just how horrible the economy is working for those of us who aren’t a member of the top 1% according to news statistics, 43% of American households, almost half of households in this country can’t afford monthly basic necessities. 51 million people or 51 million households, excuse me, in this country, cannot afford each month the following items, housing, food, child care, health care, transportation and cell phone. 51 million households can’t afford those basic necessities. And yes, before Republican’s get all up in arms, believe it or not, in today’s society, a cell phone is in fact a necessity. It’s almost like electricity at this point. You pretty much have to have one. If you want to have a job, they gotta be able to get in touch with. You need to have one for emergencies. But nonetheless, 51 million households in this country cannot afford those basic things. Rent and food are among them.

That is unique to the bottom. 99% the top 1% don’t ever have to worry about that ever. And yet in spite of that, in spite of the fact that show, many, almost half basically of people in this country can’t afford their monthly bills. Donald Trump’s out there telling us the economy is doing better than ever. Stronger than ever. The economy is only as strong as the working class, and I hate to say it, but the working class is not strong right now. If they can’t pay their bills, if they don’t have $400 to cover an emergency that’s not doing well, and these are the talking points that every single Democrat running for president needs to be hitting on every day. Go ahead and counter trumps. The economy is great talking point before he even gets to go and deliver it on the actual campaign trail. Go ahead and put these numbers in people’s heads. Let them understand, because I can promise you most of the people who show up at the Trump rally, they’re part of these 51 million households.

We’ve seen them, right? And I don’t mean to say that in a bad way, but these aren’t people who own our Mani suits. They’re not people who drive Porsche’s, their average working class, middle class, Middle America, people who got duped by a con man and they know how bad they’re struggling, but they think he’s going to fix it and he’s not go out there and offer them something better. Remind them that things have actually gotten worse for them under Donald Trump. You may not think that it’s going to sink in with these people. And yes, some of the folks at the mag or rallies are a little too far gone. Most of them are not, because they understand when they go home after leaving a mag a rally and they have to sit there and look at all their bills and pick which one they’re not gonna pay that month. The only difference is they think Trump is going to make it better. Convince them, show them the statistics that he is the one who made it so much worse for them. And I can promise you you’re not going to win them all, but you’re going to win enough to send Trump back to New York in 2020.