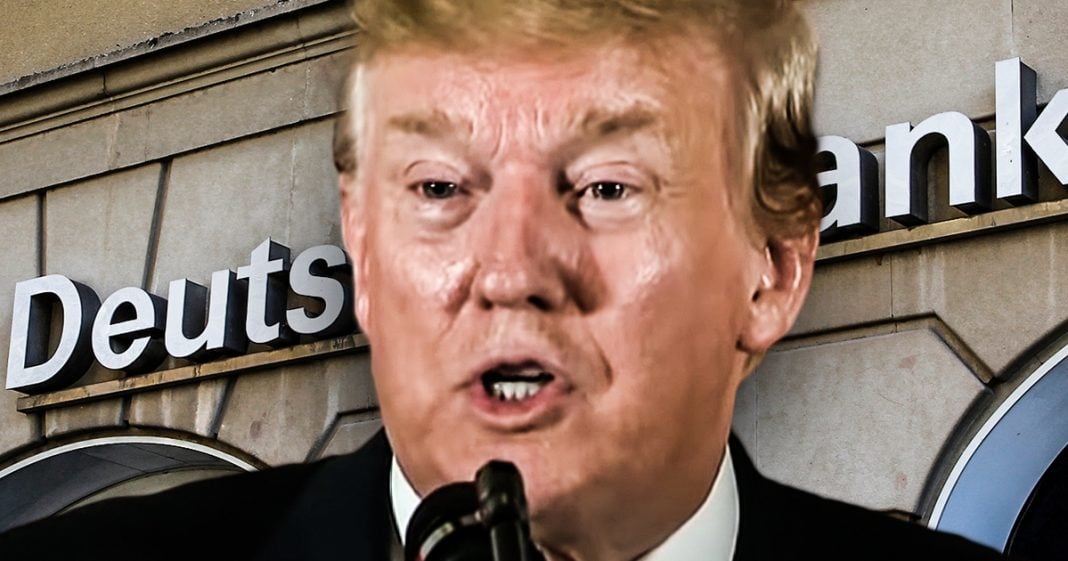 For no reason whatsoever, Democrats on the House Financial Services Committee have decided to cave into Trump’s demands and they’ve filed a court motion to temporarily halt their subpoenas for his financial records. Their reasoning is that it isn’t worthwhile to have cases in front of both the lower and appellate courts, so they want to stop the suit that has actually been WINNING! Ring of Fire’s Farron Cousins explains what is going on with the Democrats.

You know, the Democrats in the House of Representatives had basically just been writing a high of victories pretty much since this past November when they won this a, you know, 40 plus seats. You know, the blue wave did happen, took a little bit longer than we thought it would, but eventually it did happen. And then since then they have just had victory after victory after victory against this president. And that is why what happened this past weekend on Saturday is so shocking.

The Democrats who just three days before had actually won a court victory. Judge Ramos, um, said, yeah, Trump administration, your lawsuit trying to block the House intelligence and financial services committees, subpoenas for your documents, your legal arguments are crap. The subpoenas are valid and these banks immediately need to start complying and handing over the documents. On Saturday, it was announced that in spite of getting a legal victory three days before the Democrats on both of those committees and Donald Trump, his kids in the Trump organization had reached an agreement that Democrats were going to halt the subpoenas for now we’re just going to temporarily delay them. Why? Well because according to this, a compromise is a little too much, you know, cause you’ve got this one court case going on even though we just fricking won it. But there’s another court case about documents going on in the lower courts and ah, it’s just a little too much right now. We can’t do it. I’m not kidding. That’s their argument. There’s too many balls in the air. Ah, we can’t do it all you, you’d already won this one. You’d want it. Yeah, Trump was going to appeal it, but they were going to lose that too.

You had no reason to give up any ground. You had no reason to stop it and yet you did what the Democrats always do. You rolled over, showed your belly just for the hell of it. There was no reason for this folks. There was no reason. Oh, you can’t fight two court cases at once. Have you guys ever been in a law firm? I work with these guys every day. You know how many different cases we have. Do you know how many different lawyers we have out there doing depositions on different cases and different parts of the country on any given day, and you’re going to tell me that the Democrats didn’t have two separate lawyers for two separate cases.

Bull. Bull. They got scared. They always get scared. That’s why the eight years of Obama went down as the eight years of compromise with Republicans, even though we never needed to do, we still got steamrolled and we’re getting steam rolled again here. The Democrats are not courageous enough. They do not have enough of a spine they rolled over when they didn’t even need to. These judges in every case so far have sided with the Democrats and then the Democrats after riding this high of all these victories suddenly say, let’s work with this Trump guy. Let’s do what he wants to do. What he wants to do is ignore the subpoenas. What he wants to do is break the law. We know that the banks were ready to comply, that the court system said, you’re in the right. Yeah. The public wants you to do this, and you just said to hell with it. We’re still gonna give Donald Trump whatever he wants. And you know what? It’s not going to stop him from attacking you on Twitter. It’s not going to stop him from talking crap about you. Anytime he passes by a reporter, all it’s going to do is give him even more fodder to say that you are weak and pathetic. And at this point, I don’t know that that would be an incorrect assessment of what these Democrats are.