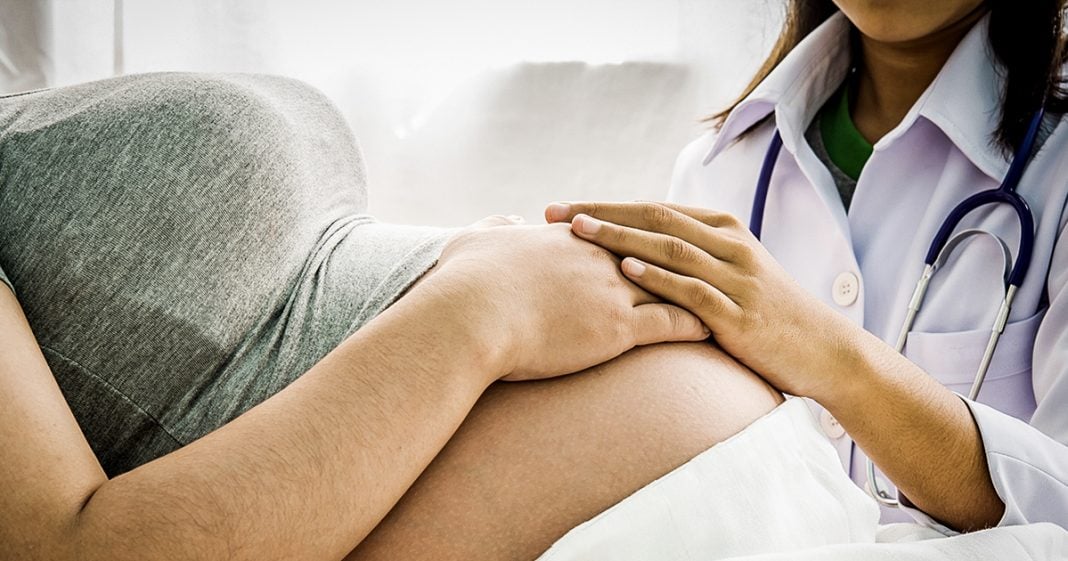 Republicans have been telling us recently that they are the only ones who care about the health and well-being of newborn children and pregnant women. The statistics tell a different story. Out of the entire developed the world, the United States has a higher rate of mortality for both pregnant women and newborns, showing that we really don’t care, as a country, one bit about the lives of women and children. Ring of Fire’s Farron Cousins discusses this.

With all of these bands on abortions that right wing states are trying to put into place across this country. It is important to remember the statistics that actually matter when we’re talking about pregnancy and women’s health and here are those numbers. The U s out of all other industrialized nations in this country has the highest infant mortality rate at 5.8% 5.8% of children born in this country die within the first few hours of life, 5.8% and that is higher. Yeah. Than any other. Well to do industrialized first world, whatever you want to call it, country on the planet.

We’re the worst. We just can’t seem to keep babies alive as well as everybody else. The second number you need to know is 23.8 deaths per 100,000 live births. That’s how many women die while giving birth here in the United States, almost 50% of those according to reports are preventable. Had doctor’s been better trained, had better hospital care, been available to these women? They wouldn’t have died. Half of them would not have died and yet right now we have a single political party. The Republicans out there telling us they’re the only ones who care about the lives of children and pregnant women. They’re the only ones Democrats just want to kill the babies. Democrats don’t care about the psychological damage that happens to women who have abortions. We care so much about women that we have ignored the fact that we are essentially a third world country when it comes to maternity care.

That’s what we are folks. We are a third world country when it comes to women and children’s health issues. So don’t buy into this bs that Republicans are trying to sell us, that they care about infants, that they care about fetuses or embryos or even women because these statistics don’t lie. And you know what’s even worse than these statistics is what these statistics are going to be in a few years because all the experts predict and these predictions came out before all the abortion bans that they’re actually just going to get worse because we continue as a country to ignore the problem in this country. We should not have 23.8 women out of every hundred thousand dying while they’re giving birth. Medical professionals already admit that 50% of these women would not be dying if we just gave them better care. 50% are preventable and to have a 5.8% infant mortality rate.

Yeah, we’re disgusting. That’s the only way to describe this, but I can promise you republicans are going to do nothing to address these numbers. Absolutely nothing whatsoever because they know them the same as you and I, and they’re making the conscious choice to focus on something that’s not actually a problem. Because in the states that are enacting these abortion bans, they actually haven’t even higher infant and a pregnant women mortality rate. It’s actually higher in those states. So they could be addressing the real problem, but instead they’re addressing a made up one because they want to drum up some red meat for their hardcore conservative basis ahead of 2020 that is 100% what this is about, and it is absolutely devastating for women and children all across this country.