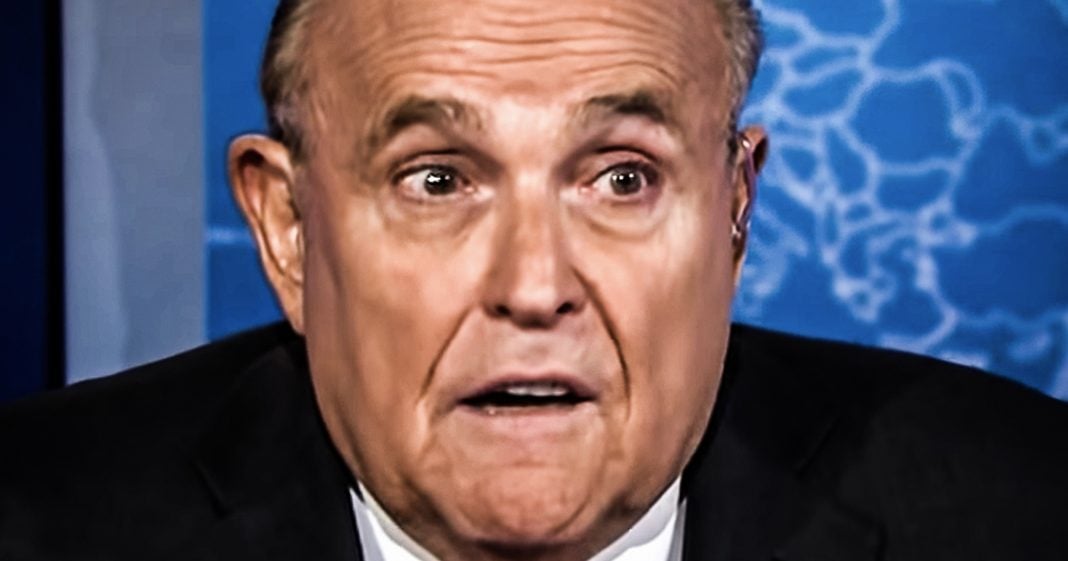 On Friday, Rudy Giuliani tweeted out what some believe to be an apology for the doctored video of Nancy Pelosi that has been making the rounds on conservative social media, including a retweet by the President of the United States. But his “apology” looked more like the rantings of a man who was having a stroke, and Twitter users began wondering if something was seriously wrong with the former Republican superstar. Ring of Fire’s Farron Cousins discusses this.

Last Thursday evening, Lou Dobbs aired a clip, actually a super cut, I guess you’d call it, of Nancy Pelosi. And the video itself was doctored, slowed down to make it look like her speech was slurred. Shortly after Lou Dobbs aired this clip, uh, Giuliani, Rudy Giuliani tweeted it out. The president later tweeted it out as well. Fox News ad to come out and say, yes, sorry. This was doctored footage. And after it was revealed that this footage was doctored, Rudy Giuliani on Friday morning issued the following, I guess you’re going to call it an apology tweet. Here is word for word what Giuliani tweeted out on Friday morning.

“Ivesssapology for video, which is allegedly is a caricature of an otherwise halting speech pattern. She should first stop and apologize for saying, the president needs an intervention. Are”

Ivesssapology, Ivesssapology by the way, three Ss, uh, in a row in that word. Um, so Giuliani was trying to apologize, I guess. I think, I don’t even know what Ivesssapology is. It’s sounds like something an incredibly drunk person says when they’re trying to make up for something bad. They did a visit. Apology you’re looking for, I got it. Um, Twitter obviously had a, had a field day with this. I myself, as soon as I saw it personally screenshot it because I knew this was something I’m going to want to keep forever. But it got people talking and it got people wondering, is this man having a stroke? Is this a cry for help? Does Giuliani need an ambulance sent to him right now because this obviously is not normal. And I understand maybe he was using speech to text, uh, that could give you the Ivesssapology I guess. But the random commas in there like, no, this dude typed that. Like he saw it on his phone or on his computer. I’m assuming probably his phone. He’s typing this and he thinks like, Yep, tweet done there.

There’s something wrong with this man. Folks, there’s something very wrong with this man. It was early in the morning. Uh, so I mean, that would, you would hope would rule out maybe he’d had a few too many, maybe he was still up from the night before. We don’t really know what happened to Giuliani, but all we know is that yes, technically I guess he did Ivesssapologize for tweeting out this doctrine video of Nancy Pelosi. Um, Giuliani needs help. Giuliani is not well, and let’s not forget that this was the brilliant mind that Donald Trump thought was going to save him from all of the legal problems that really are just now starting to pile up.